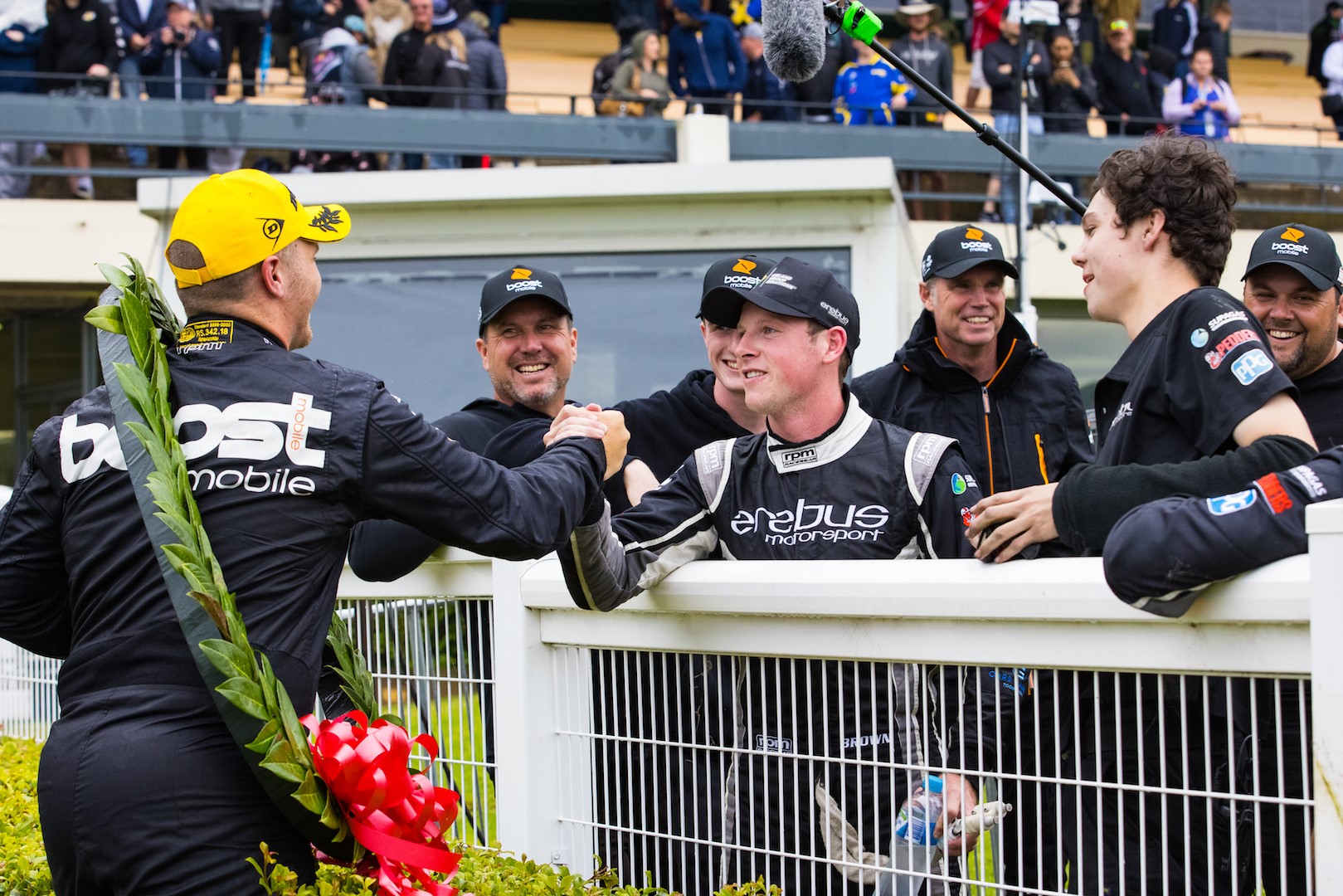 Having consistently improved on their results at Sandown two weeks ago, Erebus Motorsport’s Will Brown and Brodie Kostecki have proved that they are genuine contenders in this year’s Championship.

Crediting their success so far to their personal relationship not only with each other but with the engineers, Brown and Kostecki’s wet weather racing will go down as a defining moment in their early Supercars careers.

Kostecki raced from seventh on the grid to claim his first podium, while Brown moved up an impressive twelve spots to finish seventh in Race 5.

“We were both a bit nervous heading into that final race on Sunday,” Kostecki said. 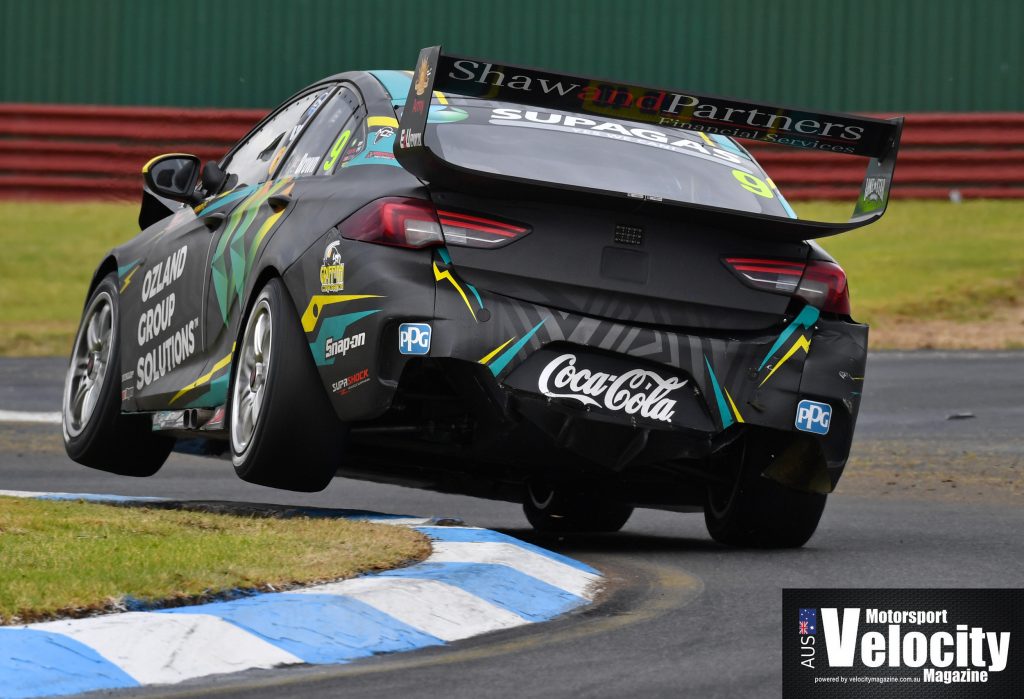 SEE ALL OUR SANDOWN PHOTOS HERE 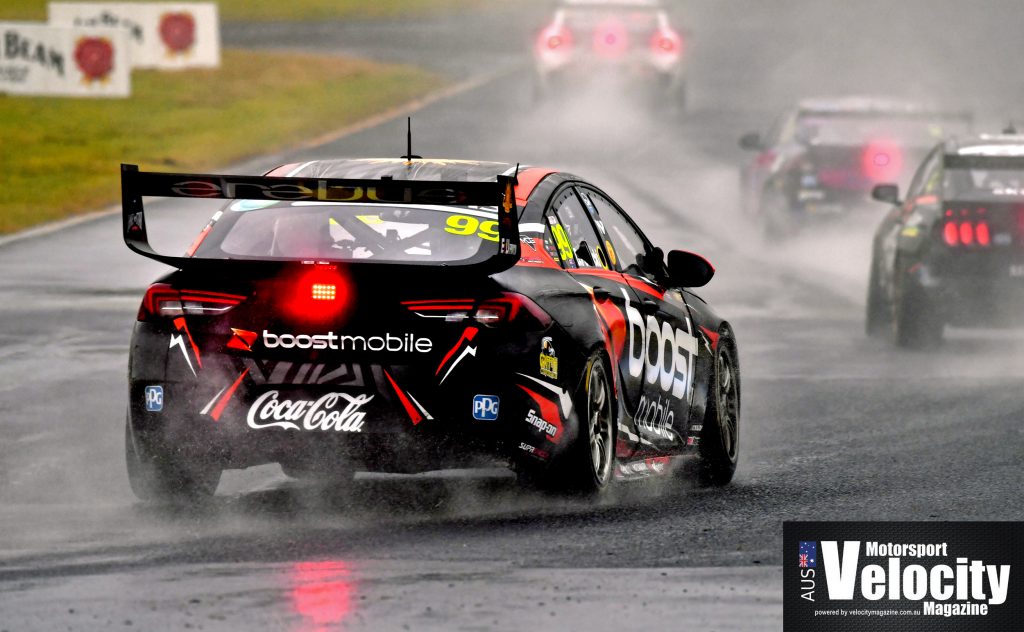 “Our pace in the wet prior to that race wasn’t crash hot so it was good that both engineers and both of us drivers were able to work together for the greater good of the team.”

Having raced with the team at Sandown in the past, Brown was thrilled at the car’s pace in the wet weather conditions.

“It was great for our cars to be so good in the wet, it’s something we have struggled with at Erebus in previous years,” he said.

After racing with Erebus as co-drivers last year and having known each other for many years along pitlane, Brown and Kostecki have found their relationship to be more important than ever now that they’re both full-time drivers.

“Brodie’s very intelligent in terms of the engineering side of the car,” Brown said.

“After listening to him and taking a few things away, I’ve probably learnt more in the past two rounds than I ever learnt in Super2 just from him, Tom and the engineering department.”

Similarly, Kostecki finds that their relationship as teammates is proving to be mutually beneficial and is being reflected in their results.

“We’re working pretty close together, trying to push the envelope and get Erebus back up the front consistently.

“Overall, we’re staying focused and all working hard as a team, I think that’s what leads to good results.”

Both drivers are hoping to maintain their current momentum as they await the Tasmania SuperSprint on April 10-11.