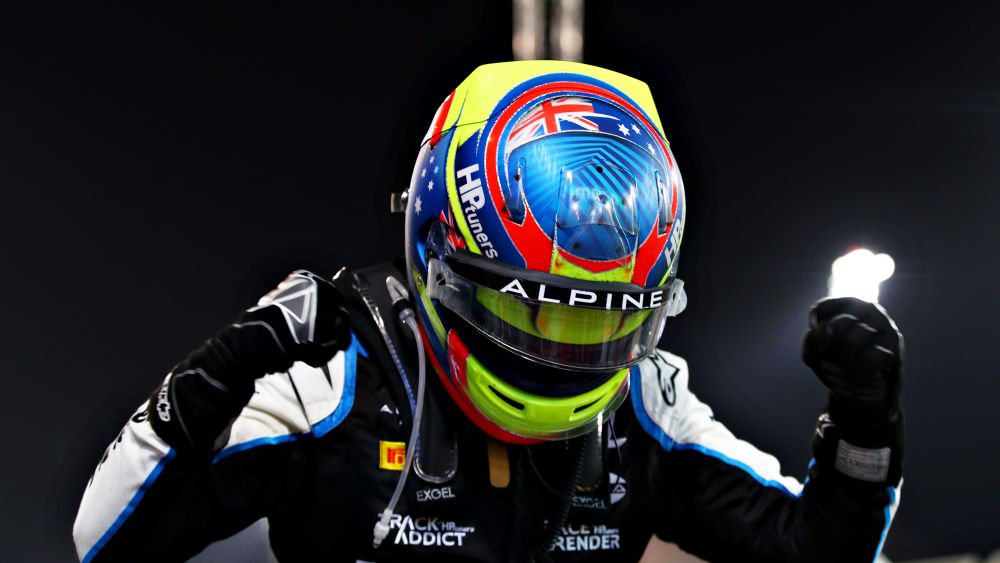 Australian Oscar Piastri has taken a stunning last lap victory in Race 2 of the opening round of the FIA Formula 2 Championship in Bahrain.

On debut in the category, 19-year-old Piastri started the 23-lap Sprint race sixth and avoided a first corner melee before struggling for race pace in the cooler night conditions.

Piastri’s PREMA team called for him to pit, switching the #2 HP Tuners PREMA Racing Dallara to fresh soft compound tyres for the run to the finish.

After completing the first pitstop of his racing career, Piastri emerged ninth and when racing resumed on lap 18, he began his charge to the front, immediately gaining two positions.

He then moved onto the podium when passing Kiwi Marcus Armstrong at the beginning of lap 19 before overtaking second-placed Juri Vips two laps later when the Estonian’s car suddenly slowed.

Taking advantage of fresher tyres, Piastri quickly closed the gap to race leader Guanyu Zhou, shadowing the Chinese driver until passing for the lead at the start of the final lap, Danish driver Christian Lundgaard joining the pair for a thrilling three-car battle into turn 1. 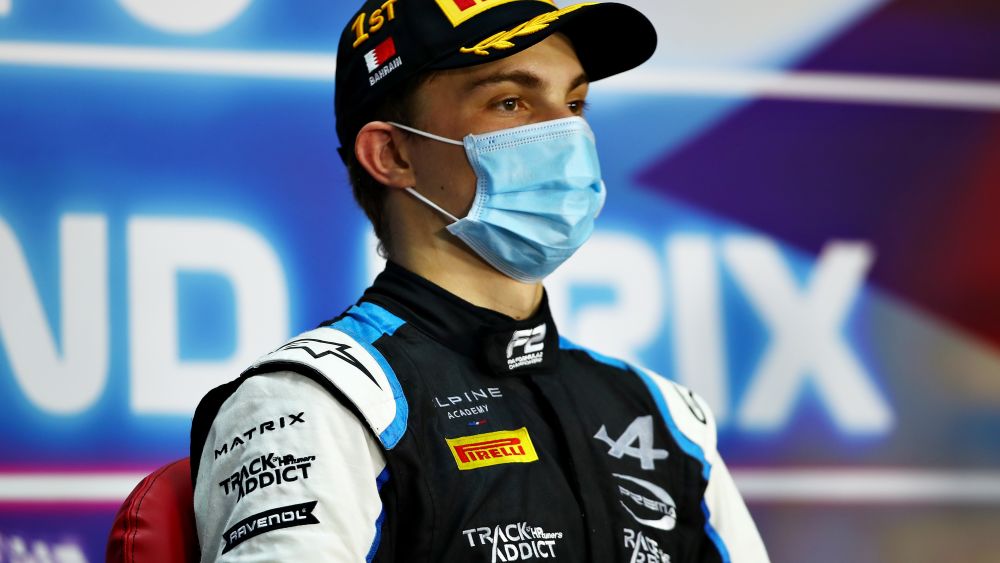 The reigning FIA Formula 3 Champion, Piastri crossed the line ahead of Zhou to claim the victory with Indian Jehan Daruvala third, Lundgaard having received a 10-second time penalty for an earlier race incident to drop him in the finishing order.

“That has to be the craziest race win I’ve ever had in my life.

“We struggled during the first half of the race on hard tyres and, to be honest, I wasn’t driving good enough, still getting used to the grip change we had from the earlier [Race 1] race.

“Full credit to PREMA, they called ‘box’ and I did my first ever pit stop, that was pretty daunting, and I pulled off a few good moves at the end and here we are on the top step.”