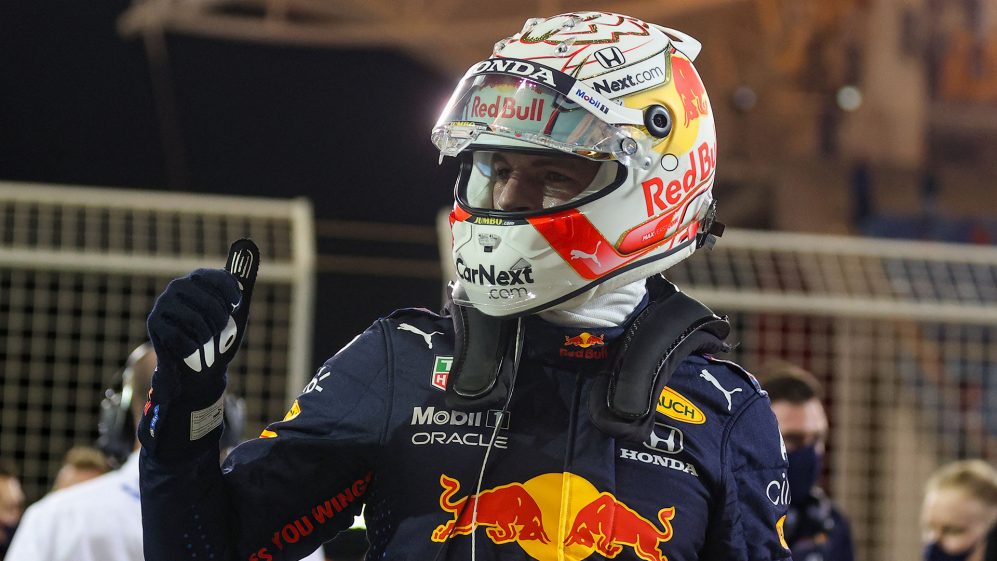 Max Verstappen cemented his place at the head of the field during qualifying for the opening round of the 2021 FIA Formula One World Championship in Bahrain.

The Red Bull driver had set the pace during pre-season testing and appears to have confirmed himself as the early title favourite when he claimed pole position for tomorrow’s race. Responding to the pressure from Lewis Hamilton, Verstappen produced a stunning lap which was over 0.3 seconds faster than the rest.

“It’s a great feeling to be on pole and I haven’t experienced a season start like this,” Verstappen told Red Bull Media. “After the victory in Abu Dhabi the whole Team has been pushing really hard and are even more motivated. There is still no guarantee for the rest of the year but everyone here and back at the factory have done a great job to give me a car like this and they should be very proud. Honda have also been working very hard this winter, just like every year. They are flat out all of the time and like us they just want to win. After testing it is always difficult to know where you are, but when you have a lap like that in Q3 and such a good feeling in the car you can be happy. We have to finish it off tomorrow but if I can have a good start I’m confident we can do a good job.”

“Max did a great lap, nearly 0.4 is a big gap so we have some work to do!” Lewis Hamilton told Mercedes-AMG Petronas media. “The car was feeling good in Q1 and Q2, we took until the last minute trying to find the right set-up and it felt sweet. Just at the end I couldn’t get any more from it but still, it was exciting.I’m immensely proud of everyone. We’ve worked very hard over the last week to try and understand the package that we have. We made some steps forward but we couldn’t compete with that last lap Max did. P2 puts us in a position to cause Red Bull trouble tomorrow.”

Valtteri Bottas found a better balance in the car he had labelled ‘undriveable’ during FP2.

“The last long run we did was pretty inconsistent, and I couldn’t really put any laps together, and the car, as I said, felt undriveable at times,” Bottas said to Sky Sports at the conclusion of Friday’s practice sessions.

He was understandably a much happier driver after qualifying, but was also somewhat disappointed to have just one set of new tyres available in Q3 having used two sets in Q1.

The balance of the top 10 is an intriguing mix of cars and tyre compounds.

Charles Leclerc finished fourth just over 1/10th of a second behind Bottas, with Pierre Gasly close behind in the AlphaTauri. Daniel Ricciardo pipped teammate Lando Norris in the McLaren Mercedes for 6th, while Carlos Sainz in the Ferrari, the Alpine Renault of Fernando Alonso and Aston Martin Mercedes of Lance Stroll completed the top 10.

Verstappen, Hamilton, Bottas and Gasly will start on the preferred medium compound tyres after using them in Q2. The remainder of the top 10 are set to start on the softer tyre, which may well see some changes at the head of the field during the opening laps of the race before a raft of early pitstops establishes the true race order.

It was the medium tyre choice that ultimately proved the undoing for Red Bull Honda’s Sergio Perez and AlphaTauri Honda debutante Yuki Tsunoda. The pair were simply unable to match the pace of their teammates on the harder rubber and will start from 11th and 13th respectively.

Sebastian Vettel’s debut for the renamed Aston Martin Cognizant Team fell short of expectation when two yellow flags during the dying seconds of Q1 forced the German to slow. His first timed run saw him finish the session in 18th place. Esteban Ocon was also caught out by the yellow flags and also missed the cut in 16th position.

For Daniel Ricciardo, qualifying was a significant moment after his switch to McLaren Mercedes for the 2021 season and a top 10 result was a satisfying achievement for the Australian. 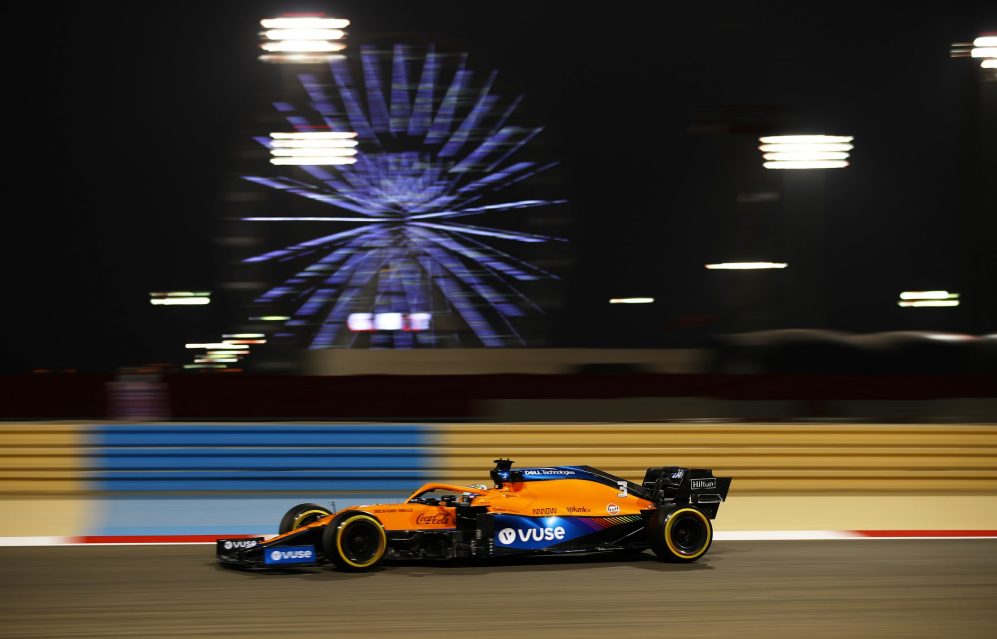 “It’s a pleasant relief to get the first quali out of the way and get a decent result,” Daniel said to McLaren Media. “I think, after the test, I was fairly comfortable in the car but probably more so on long runs. I still felt that, if anything, my Saturdays were going to need improving – and I think they still do – but I certainly made a nice step from a couple of weeks ago and I’m happy. We’ve got a good platform to build on now, I’m really happy with how we approached it as a team, not putting too much pressure on me. We were a bit off the pace yesterday, but they could see I was just trying to figure it out.

I don’t want to do somersaults or backflips just yet, but it’s certainly a nice start for the campaign and I think we’ll do alright tomorrow. There’s a mix of cars around us, so I’m looking forward to that, and with Lando alongside hopefully we can get some big points for the team and start the year right.”

So the scene is set for an enthralling Bahrain Grand Prix. After the Mercedes-AMG Petronas dominance of the sport during the hybrid era, there are high hopes that 2021 will see a much closer fight for the world title.