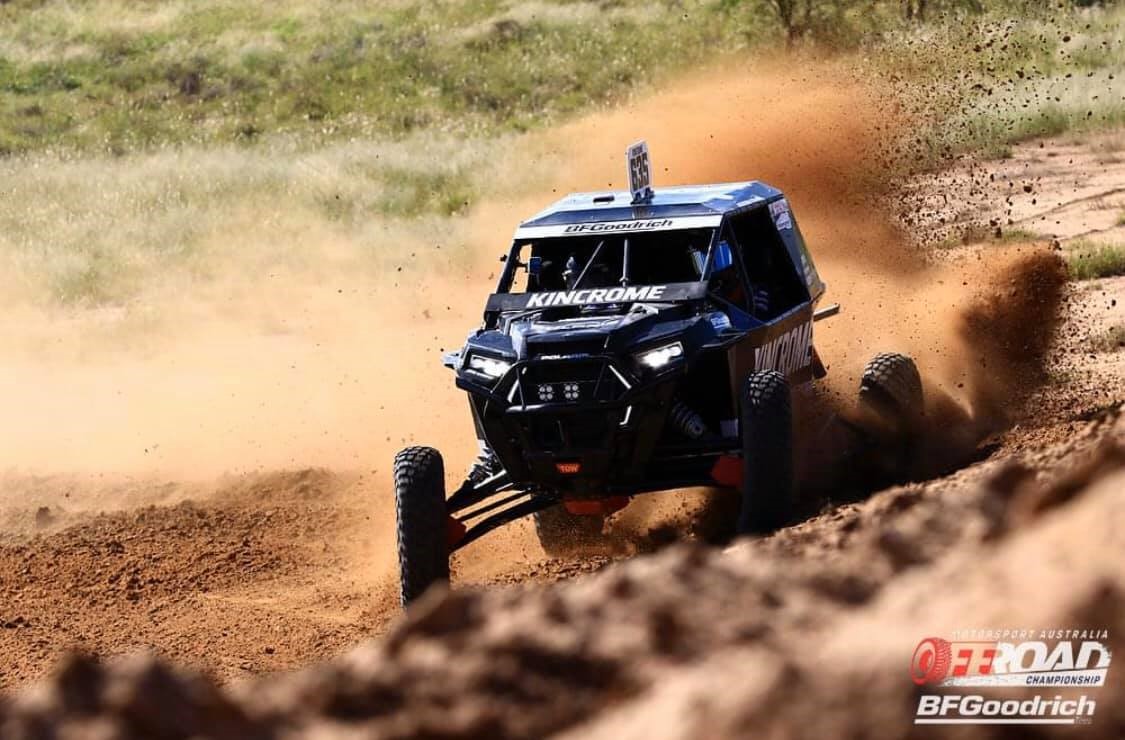 Kincrome Racing’s Jackson Evans has finished ninth in the SXS Turbo class in the opening round of the BFGoodrich Motorsport Australia Off-Road Championship at St George in Queensland.

Evans battled a few minor mechanical problems on day one in his Kincrome Polaris, but showed plenty of speed to recover and finish ninth in the 28-car SXS field.

The effort was good enough for him and his co-driver wife Claudia to finish 28th outright in the 90-car field for the Cobb & Co Hotel St George 399.

Kincrome Racing team owner and driver Simon Evans did not fare as well with a blown engine putting him out of the weekend at the 70km-mark on day one.

Last weekend Jackson and Simon finished fourth and seventh outright in the opening round of the Kincrome SXS Championship at Rainbow in Western Victoria.

Kincrome Racing will now compete in the second round of the Kincrome SXS Championship at Alice Spring on April 17 before an appearance at Kooralbyn in Queensland on May 15.

The next round of the BFGoodrich Off-Road Championship will be held at Finke in the Northern Territory on June 12-14.

“It was good to finish the event and get some championship points on the board,” said Jackson.

“The track did not really suit our big car, it really was quite smooth out there.

“That will certainly be different in the next off-road event at Finke.

“It was a bit muddier yesterday, but it was nowhere near as wet as we thought it was going to be.

“We tried to step it up at one point and blew a belt which cost us some time, but we got back out there.

“We have a job to do to close the gap on a few of these guys, but we are up to it and already working on what we need to improve on.”

“It was disappointing to be left trackside after 70km of a 400km event, but we then had to turn a negative into a positive,” said Evans.

“I think the engine issue involved remnants of our exhaust problem at Rainbow last weekend.

“It was a shame because we had passed four cars, including a couple of trophy trucks before it let go.

“I pulled over as soon as I lost horsepower in an effort to save the engine.

“I used the rest of the weekend to go out on course and check out the opposition and what they were doing.

“We have the outright speed, but are lacking the punch out of the corners and the acceleration.

“We know what we have to do and we will get that done before the next SXS event at Alice Springs next month and the next off-road event at Finke in June.”