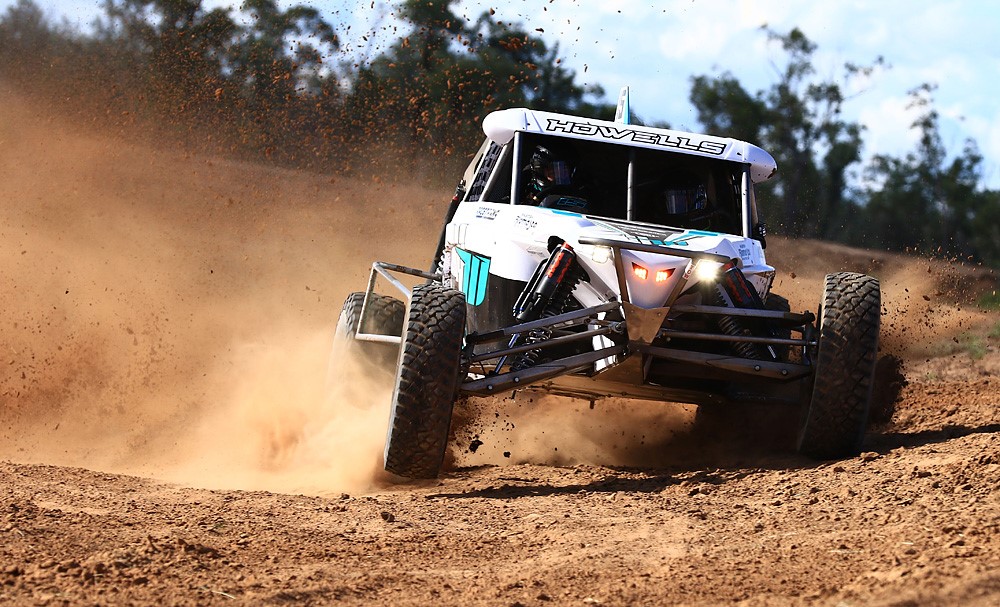 Josh Howells and Eric Hume have pulled off an emphatic victory in the Cobb & Co Hotel St George 399, having led the record field from start to finish.

Heading in to the final day of action comfortably on top thanks to two near-perfect sessions behind the wheel on Friday and Saturday, Howells was on a mission to claim his first career victory in the BFGoodrich Motorsport Australia Off Road Championship.

With Talbot Cox and Extreme 2WD stars Beau Robinson and Greg Gartner starting the day behind him, Howells didn’t succumb to the pressure and once again barely put a foot wrong as he powered his way through all of Sunday’s three laps.

Despite plenty of drama occurring behind him, Howells extended his buffer at the end of heat two and eventually took out the memorable victory by four and half minutes.

“Winning the top 10 was cool. It was all about the win and that’s what I tried focusing on. We got there in the end. It was great,” Howells said. 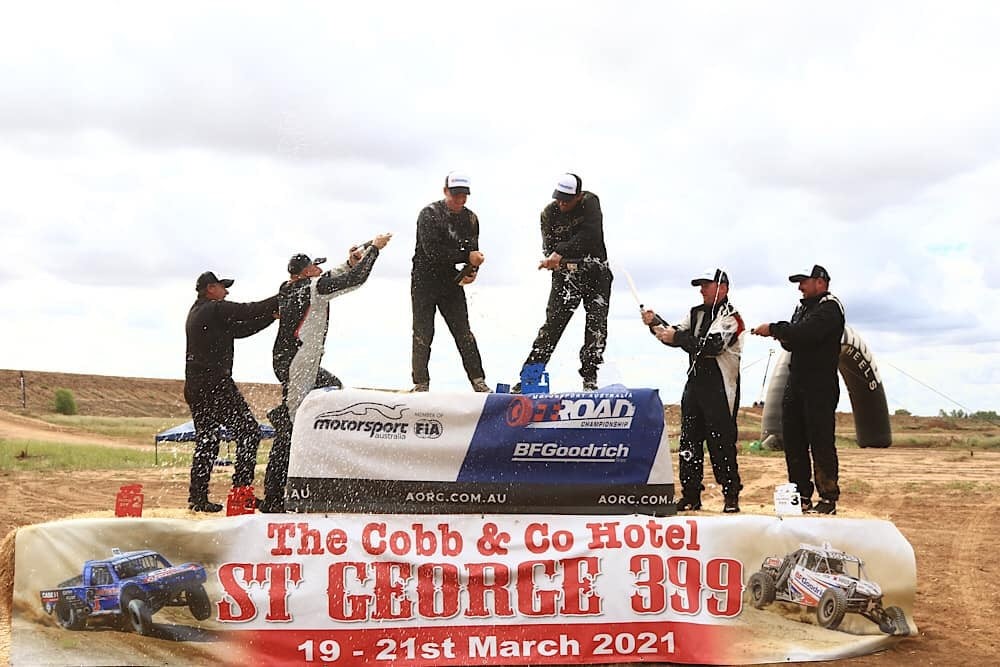 “There is also something that tests your nerves during racing. I thought it was blowing the exhaust off the truck coming out here,  but unfortunately we had a little bits and pieces to deal with. It kept me honest, but we got there in the end.”

Crossing the line in second place was AORC veteran Greg Gartner and Jamie Jennings, after Talbot Cox suffered brake issues during the day’s first lap. Robinson lost time dealing with a tyre puncture and further compounded by a faulty jack.

While Gartner was unlikely to catch the fast charging Howells on Sunday, he made an impressive run to the finish – the Victorian understandably thrilled to pick up a runner-up finish.

“We felt really comfortable in the truck today,” Gartner said.

“After yesterday’s problems, the throttle cost us problems and two to three minutes. But the truck today (Sunday) really ran flawlessly. We were really confident in it in the last run.”

In third place and winners of the Pro Lite class were Michael Spokes and Brad Rogan, after the pair just managed to outmuscle father-daughter combo Jason and Kristy Richards.

With the Richards’ having held the advantage after day one, Spokes managed to claw his way in front by just seven seconds at the end of the Sunday’s second heat, before extending the gap and securing the podium place on the final lap.

“We had a good little run. Going into the last heat, it was just seven seconds, so we gave it our all,” Spokes said.

“It’s only our third run in the car, so it was good that the thousands of hours to get it ready was worth it. It was good for everyone who helped me along the way.”

Following on the from the round, the current scoring system sees Richards sitting in third place on the championship standings behind Gartner and Howells thanks to his overall weekend performance and the way points are issued in the AORC.

Other notable results saw AORC debutant Paul Weel and Andrew Reid place fifth, SXS Turbo winners Jeff McNiven and Frank White sneak into eighth outright, while Haydn Bentley and Viv Coe recovered from a poor prologue to round out the top 10 and pick up the Extreme 4WD class honours.