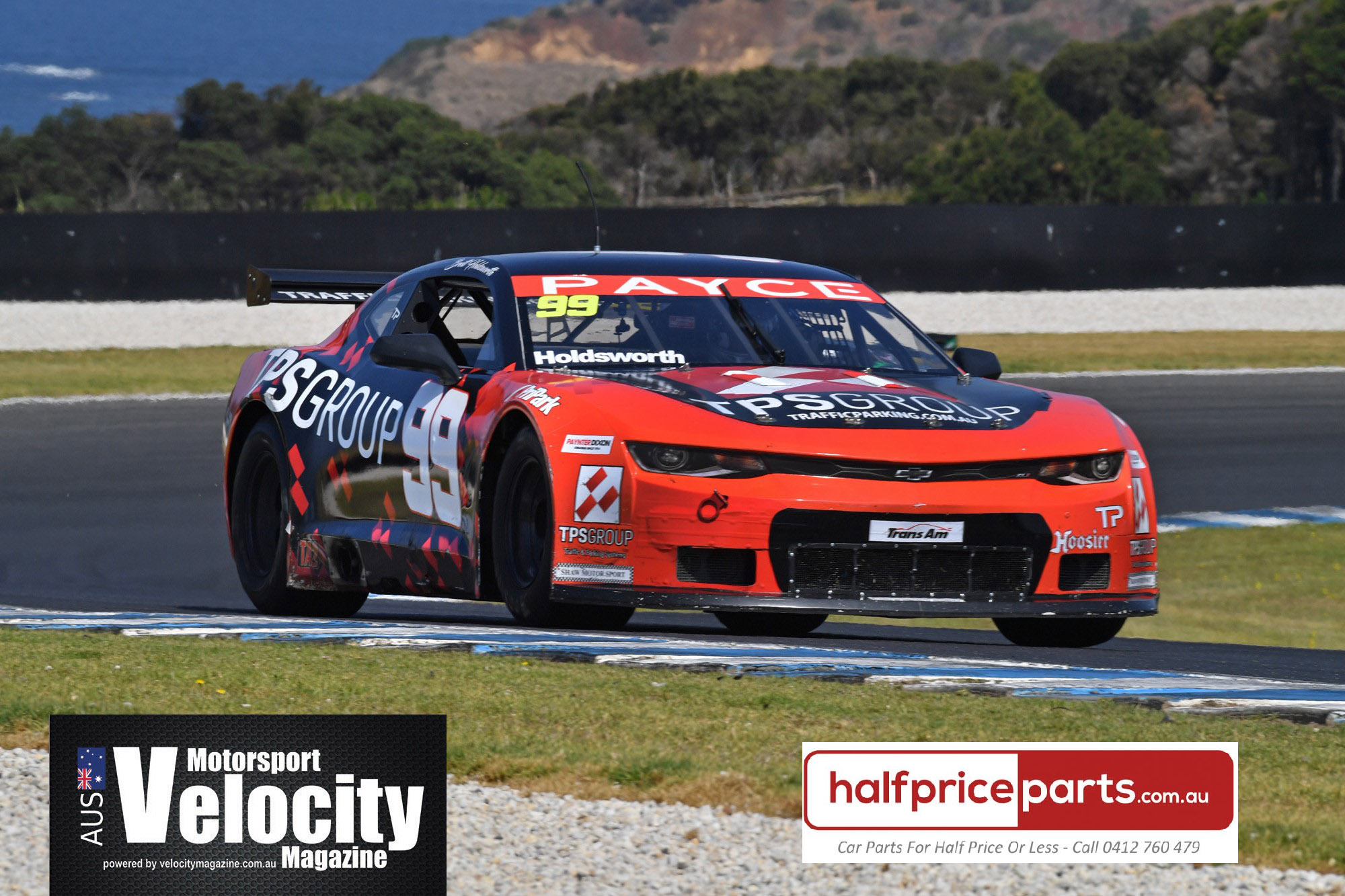 Brett Holdsworth has been left to wonder what could have been after finishing sixth in all three races of the Trans Am Series this weekend at Phillip Island.

Holdsworth entered the second points-paying round of the Trans Am series with high expectations following a positive non championship weekend at Baskerville where he had qualified on the front row. In qualifying for this round, Holdsworth put the #99 Traffic Parking Systems Camaro in fifth spot for race one.

Race one was run just before conditions deteriorated on Saturday and Holdsworth claimed his first sixth of the weekend after being baulked on the start and losing a couple of position early. Race two was set to begin in wet conditions on the Saturday afternoon but after a sighting lap it was decided that the race would not go ahead due to safety concerns.

Sunday therefore saw two races for Holdsworth, including a vey cold early morning track that the team had not been preparing for. Holdsworth was especially pleased with the racing in race two, citing a side by side battle that was carried cleanly through some precarious areas on the racetrack.

Despite many setup changes and self assessments of his driving, Holdsworth was unable to move himself from sixth place in race two or three on Sunday. Holdsworth wasn’t even able to fall down the order, after going for a spin entering turn 4, he pulled off a skilful recovery to maintain position in the final race.

“This weekend was really frustrating, we expected to be competitive and for whatever reason we just weren’t able to get up there. We’ll have to go and look at it between rounds because the characteristics here at Phillip Island translate quite well to the next round at Bathurst,” said Holdsworth.

“The car is in one piece, so we don’t need to rebuild it which is always good! Unfortunately, it might be the biggest positive of the weekend. The battles I was in throughout the weekend were quite enjoyable, even if it felt like I had one hand tied behind my back. We’ll figure out what the problem was, Bathurst is always a special place, so we’ll see what happens.”

Round three of the Trans Am series takes place at Bathurst from April 2-4.

MEDIA RELEASE/Trans-AM Australia - Photo: ARG Owen Kelly was the one and only winner in…