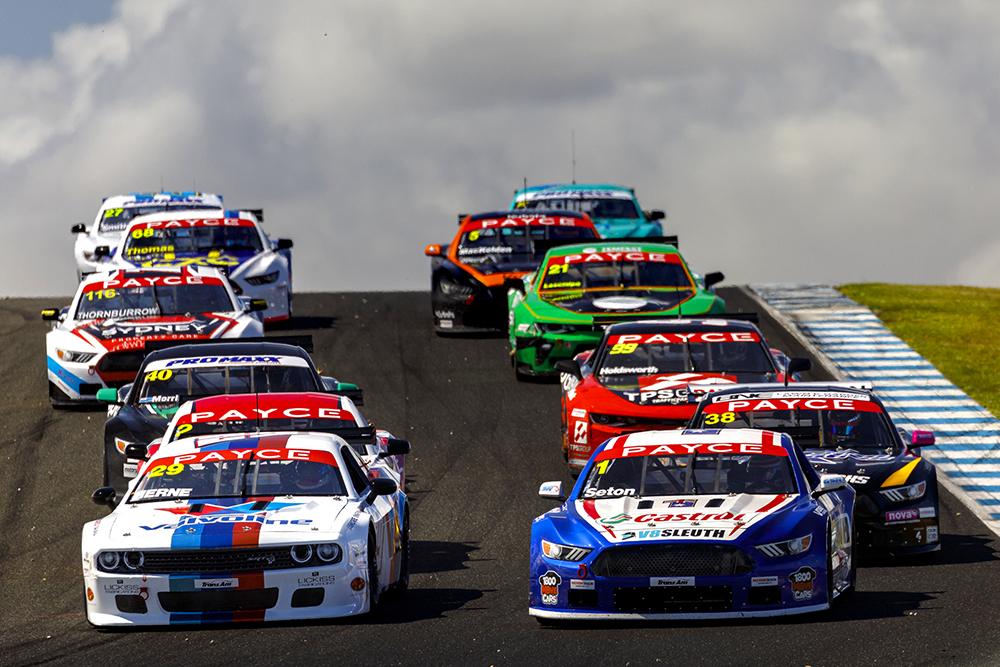 Trans Am will make its first official start as its own stand alone category at Mount Panorama next week, featuring a strong 26 car field at the famous Bathurst circuit.

It will be the largest field of cars to enter the National Trans Am field, headlined by series leaders Nathan Herne and Aaron Seton who are separated by just two points after the two points-paying rounds at Symmons Plains and Phillip Island.

Rookie Edan Thornbuttow is third, just ahead of former NASCAR driver Owen Kelly who is down in fourth after a mechanical gremlin in the second race at Phillip Island.

While this will be the Trans Am cars’ first ‘proper’ race, the cars have competed in various ‘mixed’ classes over the past two years, so some drivers and teams will head to Mount Panorama with some laps under their belts in the all-V8 muscle car class.

Two practice sessions and qualifying will be held on Friday, Race 1 and Race 2 on Saturday and the final race on Sunday.

MEDIA RELEASE/Trans-AM Australia - Photo: ARG Owen Kelly was the one and only winner in…