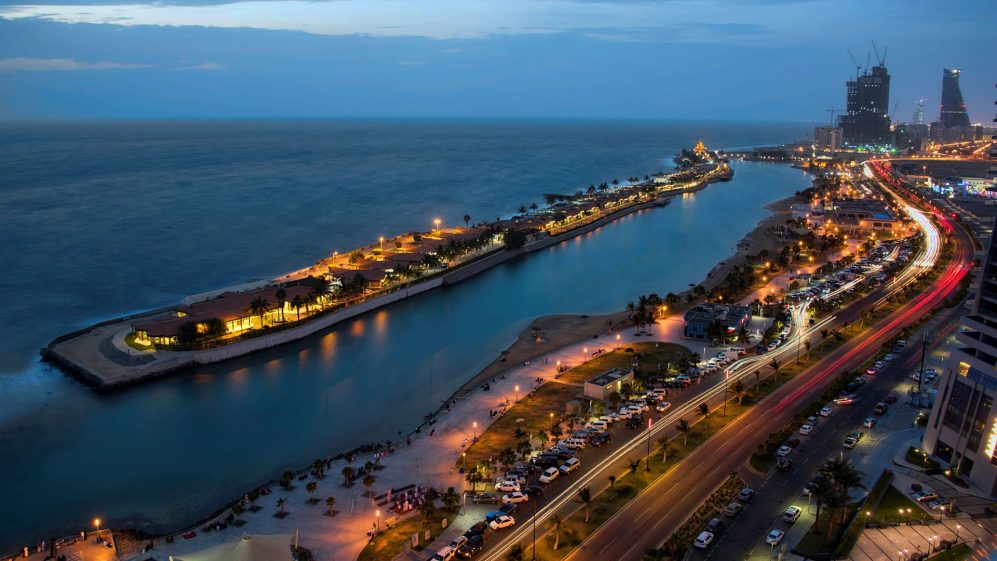 The 2021 F1 calendar will feature a brand-new race in Saudi Arabia, with the news that the city of Jeddah will host the inaugural Saudi Arabian Grand Prix in November 2021.

The event will see the world’s best drivers and constructors do battle on city streets in a spectacular night race.

The 2021 race, the first in a long-term partnership between Formula 1 and the Saudi Automobile and Motorcycle Federation (SAMF), will take place on Jeddah’s corniche, which runs along the banks of the Red Sea, providing a stunning coastal backdrop for a full weekend of live motorsport, entertainment and culture that will take over the second biggest city in Saudi Arabia.

The remainder of the 2021 F1 schedule is set to be announced in due course.

“We are excited to welcome Saudi Arabia to Formula 1 for the 2021 season and welcome their announcement following speculation in recent days,” said Chase Carey, Chairman and CEO of Formula 1.

“Saudi Arabia is a country that is rapidly becoming a hub for sports and entertainment with many major events taking place there in recent years and we are very pleased that Formula 1 will be racing there from next season.

“The region is hugely important to us and with 70% of the population of Saudi being under 30 we are excited about the potential to reach new fans and bring our existing fans around the world exciting racing from an incredible and historic location. We will be publishing our full provisional 2021 calendar in the coming weeks and this will be submitted to the World Motor Sport Council for approval.”

His Royal Highness Prince Abdulaziz Bin Turki AlFaisal Al Saud, the Minister of Sport added: “Saudi Arabia is accelerating forward and the speed, energy, excitement of Formula 1 perfectly reflects the transformational journey the country is on. As we’ve witnessed in recent years our people want to be at the very heart of the biggest moments in live sport and entertainment. And they don’t come any bigger than Formula 1.

“No matter where in the world it’s held, Formula 1 is an event that brings people together to celebrate an occasion that goes far beyond sport. We look forward to sharing this unique experience and sharing Jeddah with the world. For many Saudis this will be a dream come true.”

“Today is ground-breaking in every sense,” added HRH Prince Khalid Bin Sultan Al Faisal, President of the Saudi Automobile and Motorcycle Federation. “I firmly believe the Saudi Arabian Grand Prix will be the biggest sports event hosted in our country’s history and has the potential to change lives, perceptions and reach new audiences and communities like never before. To have the icons of the sport and historic teams race in Saudi in front of young fans and families is truly game-changing.

“We don’t have a rich motorsport heritage, but in a short space of time as a federation we’ve earned a strong reputation of delivering world-class international events such as Formula E and the Dakar Rally. As a result, Saudi Arabia is home to literally millions of passionate young fans of motorsport. Many of whom will already be smiling and counting down to seeing their heroes in November 2021. Our plans will see us take the sport to even more people with a celebration that reaches all communities and is open to all.”

In 2021, Saudi Arabia will become the 33rd country to host a round of the Formula 1 world championship when it showcases the inaugural Saudi Arabian Grand Prix. Here’s everything you need to know about this exciting addition to the calendar…

Where in Saudi Arabia is the race taking place?

What makes the location special?

Jeddah is a picturesque city of around 3.5 million people, situated on the beautiful Red Sea coast. The final track layout is still to be confirmed, but it’s set to be situated on the Corniche – a 30 km coastal resort area of the city. As such, the track is expected to hug the seafront, providing a stunning natural backdrop for the action.

What kind of circuit will it be?

As mentioned, the final track design has not been decided, but organisers say it will feature a good flow of long straights and tight corners, with no equivalent track on the calendar.

Anything else unique about the race?

Organisers hope that the race will take place at night under lights, adding another layer of atmosphere. They expect the city to come alive with excitement for the race, with everyone coming together to celebrate a festival of F1.

F1 has never raced in Saudi before, but does it have motorsport heritage?

Yes, Saudi Arabia has connections with F1 that stretch back to 1978, when the airline Saudia sponsored Williams, alongside a few other Saudi businesses. The investment proved a significant event in the team’s history, with the ‘Fly Saudia’ branded team winning their first world championships in 1980 with Alan Jones.

More recently, Saudi Arabia has played host to both Formula E and the Dakar Rally, while Saudi Aramco – the world’s leading integrated energy and chemicals company – are a global F1 partner, with both sides saying the partnership has the potential to further develop and accelerate plans towards a power unit fuelled by advanced sustainable fuels. No Saudi driver has ever raced in F1, but at the 2018 French Grand Prix Saudi woman Aseel Al-Hamad drove some demonstration laps in a Renault F1 car, on the same day Saudi Arabia allowed women to obtain a driving licence.

Has Saudi Arabia hosted any other major sporting events?

In addition to Formula E and the Dakar Rally, Saudi Arabia has hosted international football – including the Spanish Supercup and the Italian Supercup – European Tour men’s and ladies golf, WWE, boxing, international tennis, FEI equestrian championships and the Saudi Cup. It is also set to host the first stage of Extreme E in 2021 – the new off-road championship in which Lewis Hamilton is a team owner.

What do the people of Saudi Arabia think about F1 coming?

It’s fair to say they are excited. In 2018, when Riyadh hosted Formula E, there were live music concerts and entertainment alongside the racing action, with over 40,000 people attending each of the three nights – a first for the country. With 70% of the population under the age of 30, Saudi people want to be like the rest the world – they want to go to the biggest live events, they want to have fun and they are embracing and welcoming new opportunities. Formula 1 has worked hard be a positive force everywhere it races, including economic, social, and cultural benefits. Sports like Formula 1 are uniquely positioned to cross borders and cultures to bring countries and communities together to share the passion and excitement of incredible competition and achievement.