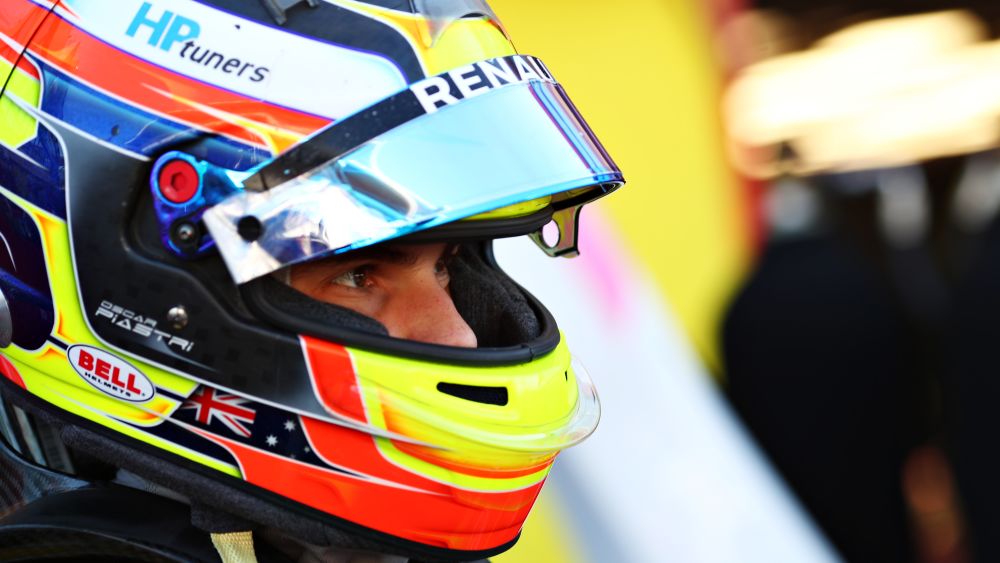 Oscar Piastri has admitted to experiencing one of two nerves ahead of his Formula 1 test debut, as he clambered into the cockpit of Renault’s R.S.18 in Bahrain last week.

The Renault junior had never previously driven F1 machinery but was handed his debut by the team following his Championship winning season in Formula 3.

“I really enjoyed the experience in the R.S.18,” he elated. “It was my first time in a Formula 1 car, so it was very exciting if not a little bit nerve-wracking at the same time!

“Once I did the install lap, all the nerves went away, and I focused on having fun and driving fast. It was a really enjoyable experience and I felt the pace was quite good.”

The PREMA driver took to the car on the final day of the test and completed 82 laps, with the aim of helping him to adapt and learn the nuances of the more powerful machinery.

“I got used to the car pretty quickly and I certainly learnt a lot. I’m looking forward to whenever the next experience may be, so thanks to Renault, both the Academy and the Formula 1 team, for the opportunity.

“I feel very lucky, as not everyone gets to do this and it’s not something you do every day.”

Piastri won the F3 Championship on the final round of the season in Mugello, beating out Theo Pourchaire by three points, with a tally of two wins and four further podiums.