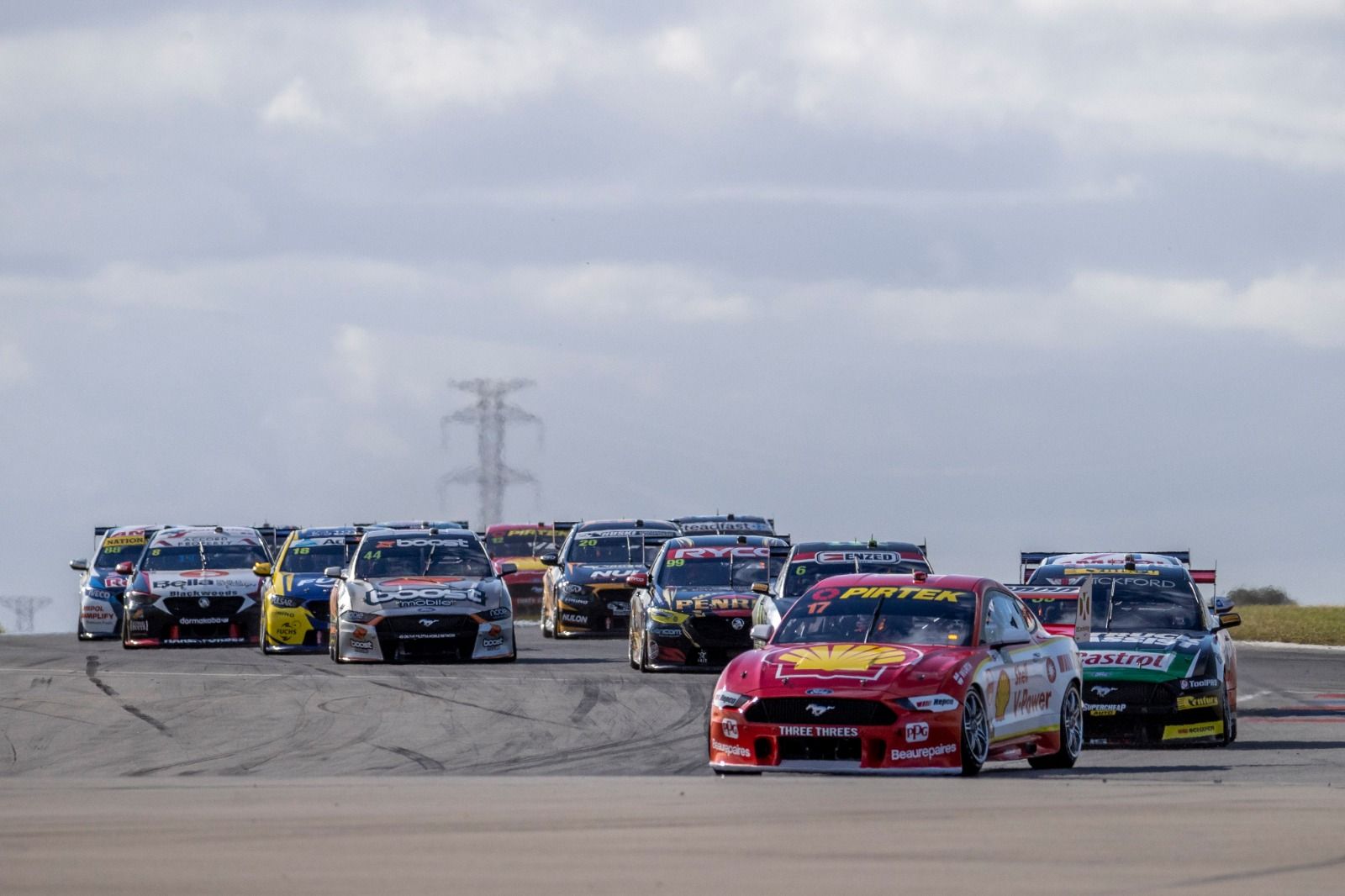 Scott McLaughlin put aside thoughts of an impending Indycar debut and the uncertainties over the future of DJRTP to claim another emphatic victory in the 2020 Virgin Australia Supercar Championship at the OTR The Bend Supersprint.

With main rival Jamie Whincup deep in the pack on a day to forget for the RBHRT driver, McLaughlin is tantalisingly close to an unassailable lead with the Supercheap Auto Bathurst 1000 just around the corner.

McLaughlin and Cameron Waters lined up on the front row of the grid with Shane van Gisbergen and Jack Le Brocq on row 2. The field trundled into position from the formation lap with engine revs building to a crescendo, only to suffer anti-climax as the start lights malfunctioned. Cars were sent out for a second formation lap, which had commentators suggesting that clutches may become an issue during the race. 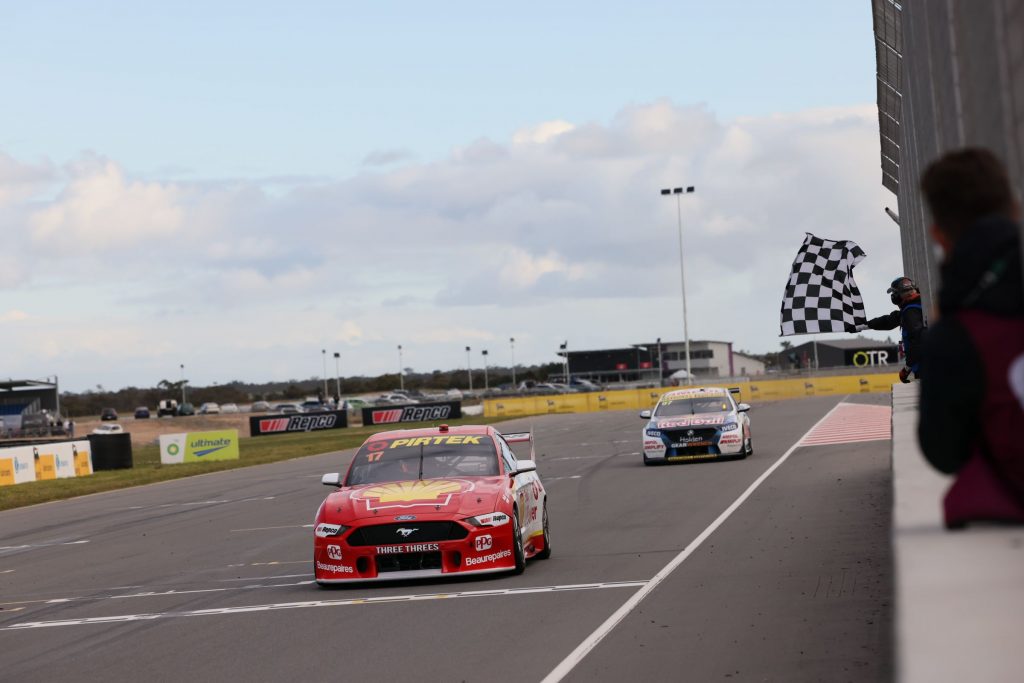 McLaughlin launched off the line and held a relatively safe gap to Waters, who had come under fire from van Gisbergen. The Monster Energy driver veered right to block an inside pass from the RBHRT driver, only to leave the door open for Le Brocq on the outside. The Supercheap Auto Mustang swept around the pair and into second. Waters and van Gisbergen continued to dispute for position until van Gisbergen gained the upper hand at the exit of turn 3. Bryce Fullwood was slow off to move, perhaps a victim of an overheating clutch and dropped 6 places through the opening corners.

The field began to settle over the following laps with McLaughlin in charge of the race by lap 4 from Le Brocq, van Gisbergen, Waters, De Pasquale, Courtney, Percat, Winterbottom, Pye and Heimgartner. Whincup, Coulthard and Mostert had made some progress during the opening stanza of the race from lowly grid spots and sat in 11th, 12th and 13th respectively. Coulthard, Holdsworth and Reynolds were the first to stop when the pit window opened on lap 6. The Shell V-Power driver was caught out by the concrete surface in the pit bay and skidded past his crew with the car askew. The team followed the misbehaving car and completed the stop with minimal disruption.

Le Brocq was the next to stop on lap 7, with hopes of an undercut on the race leader. McLaughlin replied with his stop at the end of the lap. A faster in lap and quicker pit stop saw McLaughlin exit the pits with an increased gap to Le Brocq. Shane van Gisbergen ran a long first stint and was amongst the last to stop on lap 15 and returned to the track in an effective second place. Jack Le Brocq dropped off the pace momentarily when he suffered an airbag fire in the Supercheap Auto Mustang which dropped him back into the clutches of teammate Waters. The Monster Energy Mustang moved past at the penultimate corner at the end of lap 17. 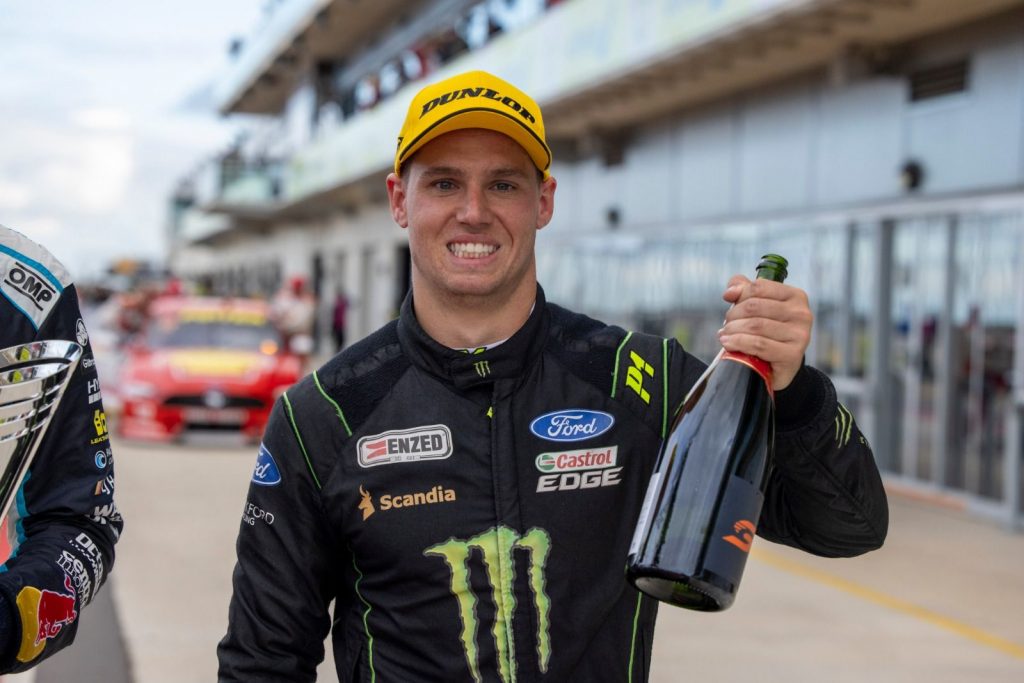 Shane van Gisbergen used his fresher tyres to close down the gap to the leader and began to pressure McLaughlin for the lead with 8 laps remaining. Try as he might, van Gisbergen found the defences of the Shell V-Power Mustang impenetrable and followed the #17 across the line. Waters took 3rd from Le Brocq, De Pasquale, Percat, Courtney, Winterbottom, Coulthard and Whincup. 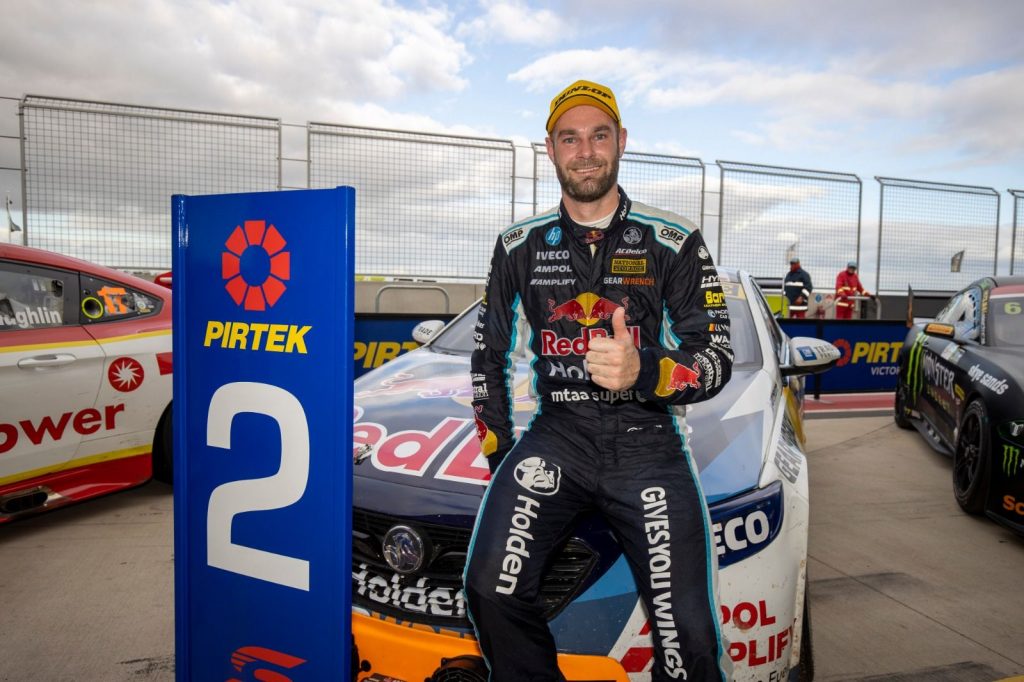 “ A lot better start than last Saturday, that’s for sure,” Scott McLaughlin said to Fox Sports. “Overall very happy. Shane was coming at me pretty hard, but I tried to leave a little bit in the bank for when he came at me. He got the tyres hot, with the dirty air and stuff, which is quite difficult. So that plan worked for me.”