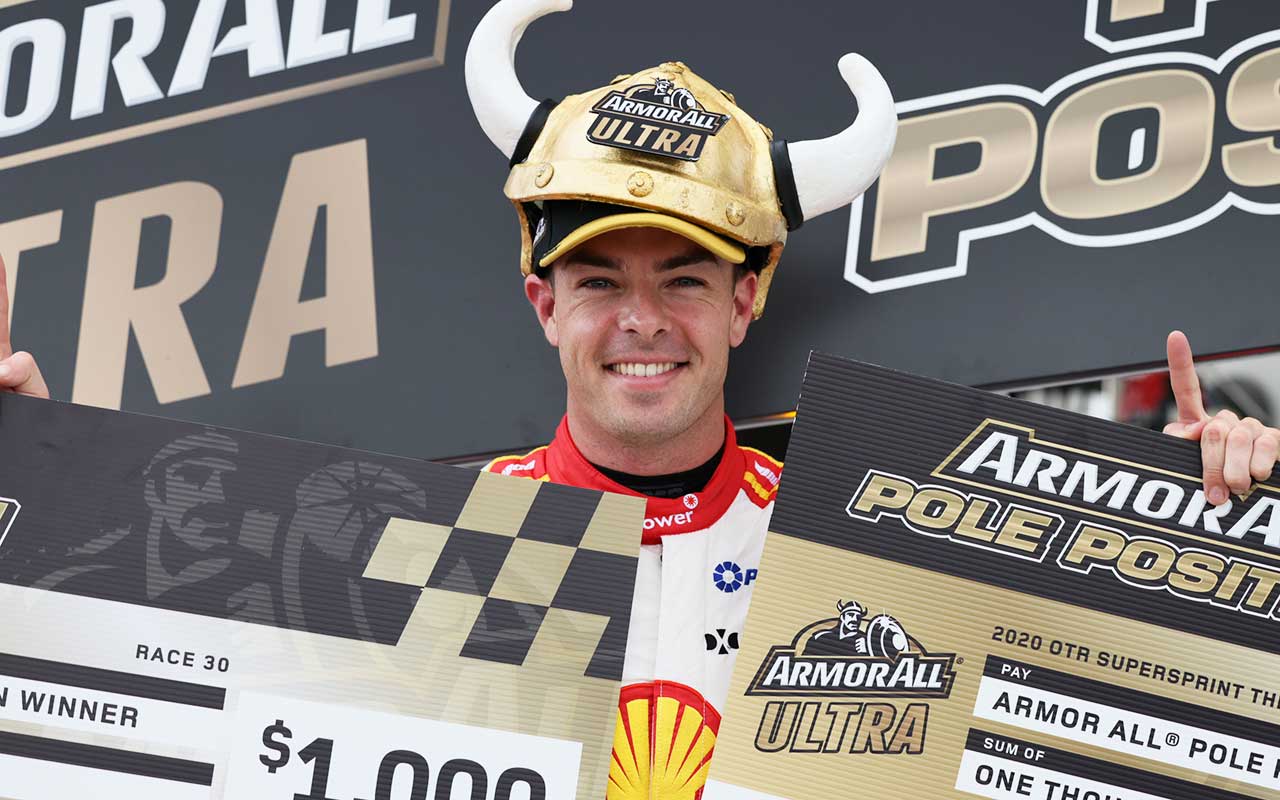 Scott McLaughlin continued his march towards a third Supercars title with a sensational double ARMOR ALL Pole on Sunday morning at the OTR SuperSprint.

The first 10-minute session to set the grid for Race 29 was relatively regulation for the Shell V-Power Racing star, shooting to the top in the closing stages with a 1:15.4506s.

In the second session, McLaughlin went third behind Whincup and James Courtney with what appeared to be his crucial run, before scoring pole with a second lap.

Waters improved too and split McLaughlin and Whincup – the final margin between the top two Mustangs 0.1998s.

“That one was cool, I nearly lost my bloody voice!” said McLaughlin, whose 1:15.3493s in the Race 30 session was marginally quicker than his Race 29 qualifying effort. 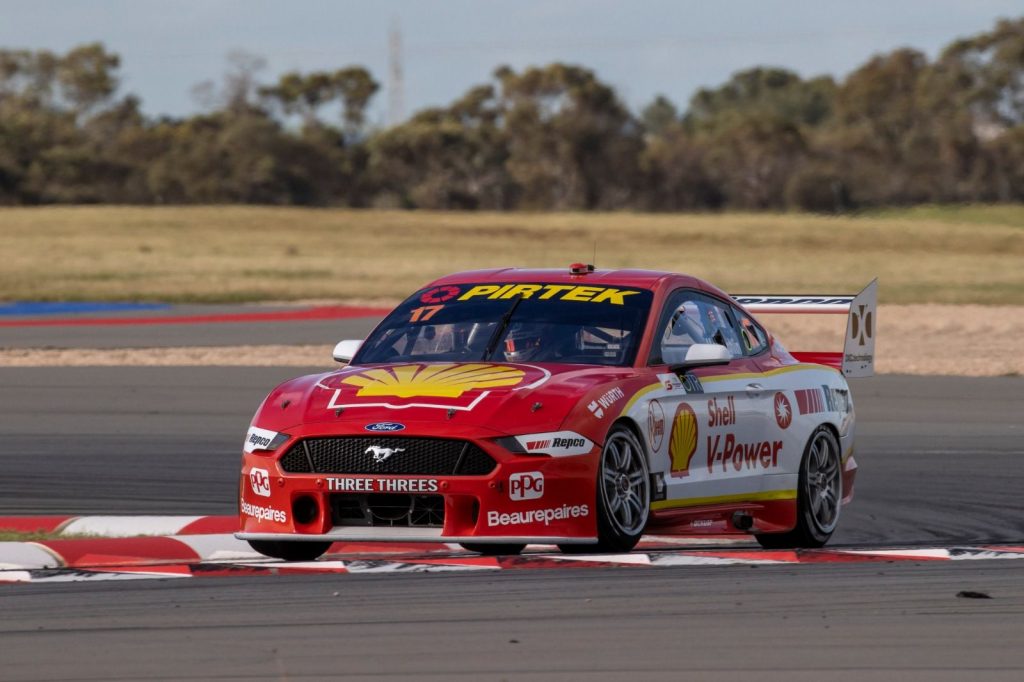 “That last one especially, I didn’t get the best first lap… I had to give it everything on the second.

“It was the first time all weekend we’ve gone faster on our second lap, so I’m really happy. I’m really proud of that one.”

Both sessions were a disaster for Saturday’s runner-up Shane van Gisbergen, who will start today’s respectively races 15th and 22nd.

In the second hitout, van Gisbergen had an off at Turn 11 on his first run and just made it to the line before the chequered flag to start a final lap, before failing to improve.

“That’s just where we are unfortunately,” he said.

“We’ve detuned something, the car was so fast yesterday and I just get out there and I feel like I’m on ice.

Courtney was in the top five in both sessions – set to start fifth for Race 29 and fourth in Race 30.

Others to qualify in the top 10 for both races were Coulthard, Anton De Pasquale, Nick Percat and Chaz Mostert.

Bryce Fullwood and Macauley Jones were standouts in the second session, ending up seventh and 10th respectively.

Just 23 cars took part in qualifying, with Alex Davison’s Team Sydney entry ruled out for the weekend following an engine problem in the Saturday race.

The first of the day’s two 32-lap races will get underway at 11:50am local time.