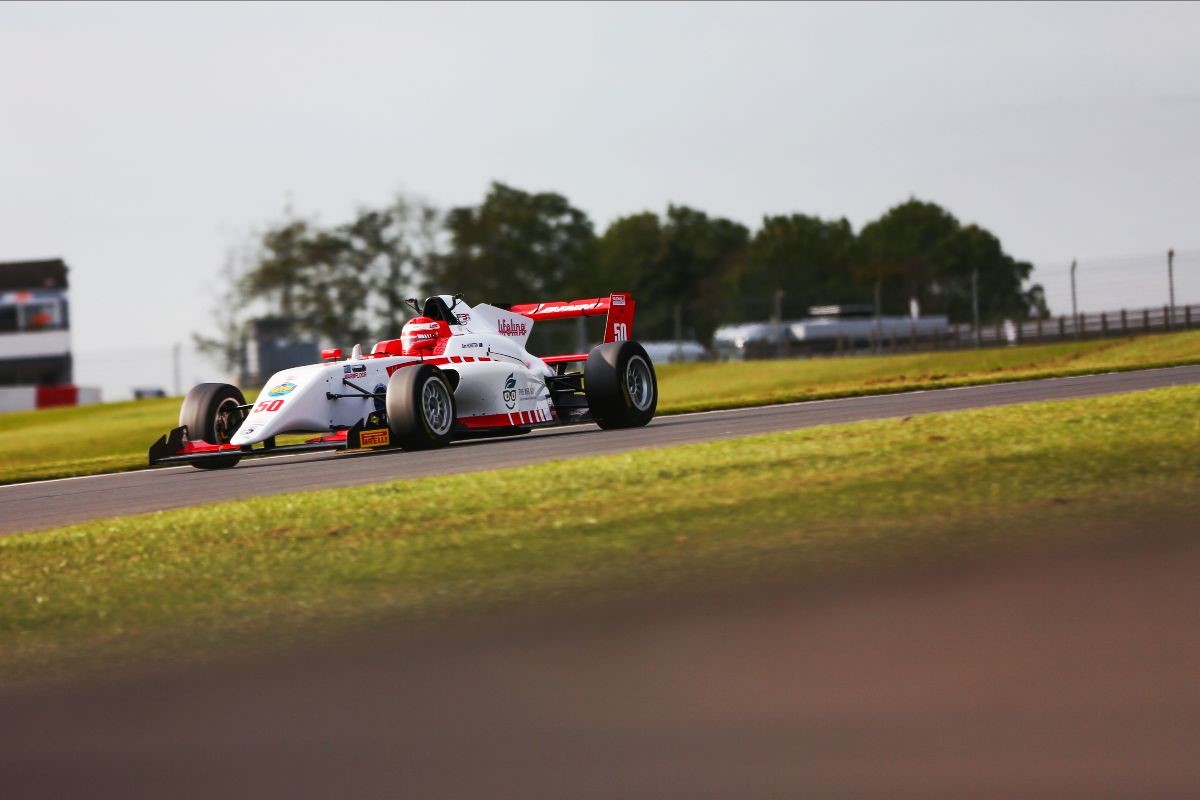 Off the back of securing a second podium finish of his maiden British F3 season most recently at Brands Hatch, the Lanan Racing driver came just one place shy of adding another in the second visit of the year to the Leicestershire circuit.

Practice outings showed promise for the 18-year-old under sunny skies, putting himself consistently in amongst the top 10 drivers across the two days of testing in the build up to the weekend. In Saturday’s qualifying session, Horsten made sure to put his car right in the fight for potential silverware by securing fifth spot on the grid in a tight session, just under a tenth of a second away from second overall.

Backed by sponsors The Web Guys, Kapow! Your Super Business Coach, CKD Shop and EP Warmfloor, Horsten moved up a spot on the opening lap of race one when a rival ahead slid wide. At the restart after a safety car period, Horsten looked for a way around third-placed Kush Maini and impressed as he pressured the points leader until the flag.

The result meant the Perth based youngster would start the second contest of the weekend – the reverse grid race – from 13th on the grid, and looking to make up ground at the fast and flowing Donington Park GP circuit.

A change in wind direction affected the handling of Horsten’s Tautus F3 chassis in the second 12-lap race however, leaving him fighting with fellow front-runners in the midfield for much of the contest. Despite the difficulties, Horsten came home 13th after a fine drive.

Starting sixth in the final race of the weekend with set-up changes made to his car, Horsten looked to end the day on a high. He ended a frenetic opening lap in eighth place, finding himself at the centre of a multi-car battle for fourth place that stemmed back to the fringes of the top 10.

The Australian ace fended off the attacks of Ben Pedersen with a fine rear-guard action and soon turned his attentions to the fight ahead. His target became Kiern Jewiss, and he grabbed seventh spot with a decisive lunge on his rival on the final lap of the race to conclude the weekend just eight points shy of the top eight in the standings.

Four more BRDC British F3 races await at the next round at Snetterton’s 300 circuit, which takes place in two weeks time across the weekend of 3/4 October.

Bart Horsten: “I think overall we can be happy with our performances at Donington Park. We’ve been one of the regular front-runners and had a fast car for a lot of it, so it’s a shame that we just missed out on a podium.

“Qualifying was always going to be important. We got the clear air we needed and it’s just a big shame that the red flags came out when they did. We were about to go onto the front row, but we went a little too late and got caught out – that was out of our hands.

“We had the pace in race one and I got the chance to move up to fourth on the first lap, but couldn’t quite find a place to overtake for third. I felt I drove as good as I have all season in the second race because the wind changes gave us a lot more understeer. It’s good we found out in the reverse grid race as we could take off some wing for the last race.

“I didn’t get the best start in the final race and that put us in a big battle. The pace was intense and I tried to pass a few times before I got Jewiss right at the end. I’m looking forward to Snetterton next as it’s a really different circuit. I’ve enjoyed it there and we did well last year, so I’m confident we’ll be fast there this time around.”