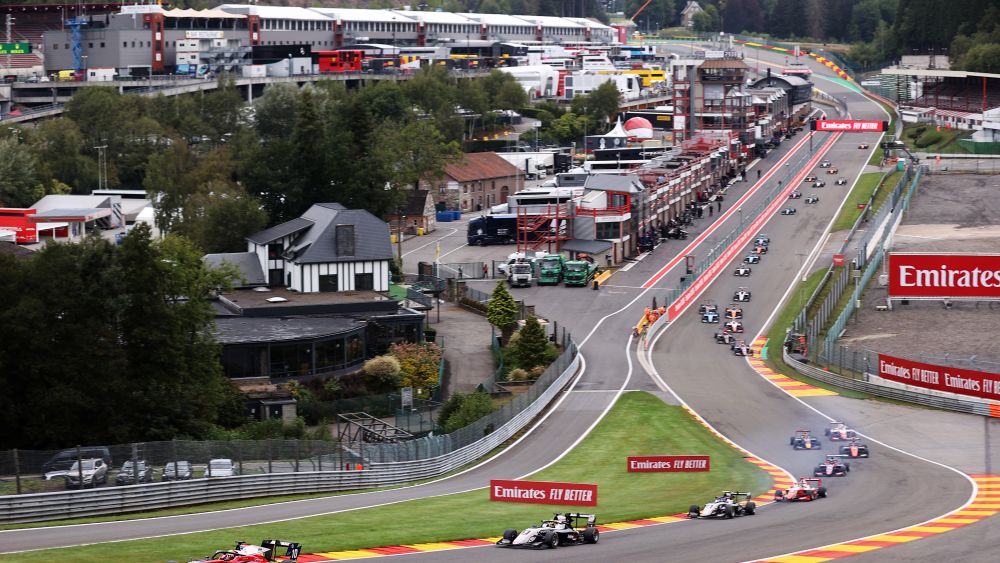 After significant rain across the region the previous evening, the Spa-Francorchamps circuit was dry for the opening Formula 3 race of the weekend. There were concerns for traction over the painted kerbs which may have maintained patches of moisture for the unwary driver.

Zendeli made a clean start to head off Pourchaire and Sargeant, who had been quick to demote a slow starting Smolyer from 3rd. The ART driver responded through Eau Rouge and looked to challenge his teammate down the Kemmel Straight. Alex Peroni dropped two places when baulked by Vesti at the exit if turn 1, which opened the door for Doohan to pass.

Campos Racing’s new driver, Andreas Estner and Clement Novalak were left to limp back to the pits with punctured rear tyres after an incident on the pit straight left an errant front wing as rear tyre carcass on the circuit. The debris was quickly retrieved by the trackside marshals.

Zendeli led through the first half lap from Purchaire, Smolyer, Sergeant, Beckmann, Verschoor, Lawson, Piastri, Caldwell and Doohan, while Peroni had dropped to 12th in the early battle for position. Alessio De Ledda spun off track on lap 3 and beached himself against the tyre barrier, which resulted in a Virtual Safety Car period. The race resumed on lap 5 with Zendeli and Pourchaire holding a substantial advantage over Smolyer in 3rd. A clean pass by Beckmann on the following lap gave the German driver a brief moment on the podium before Smolyer used the DRS on the Kemmel Straight to strike back. The dice only served to increase the gap to the leaders.

Oscar Piastri moved past Verschoor for 7th place and slowly reigned in the gap to 6th placed Liam Lawson. The field had strung out with over 13 seconds between race leader Zendeli and 10th place Vesti. Piastri looked to pass Lawson on the Kemmel straight around the outside. Lawson responded and ran Piastri wide on the exit of Les Combes, with both cars eventually pushed out onto the green runoff area. Piastri managed to return to the track marginally ahead of the Red Bull entry.

Race stewards noted the Lawson/Piastri incident with the view to penalising the PREMA driver for the pass outside track limits. The Australian slowed on the start of lap 13 to enable Lawson to re-take the position. Piastri then used the advantage of DRS to once again move past the New Zealand driver and thus negate any post race penalty.

There were dramas for championship leader Sargeant who reported issues with his engine and then told his crew “I don’t think we can make it,” as Piastri closed in on his teammate. “C’mon Logan, just take care, do your best,” came the curt reply from his engineer. Piastri pounced on the run to Eau Rouge with 3 laps left in the race as the American was helpless to reply stealing the Championship lead back.. 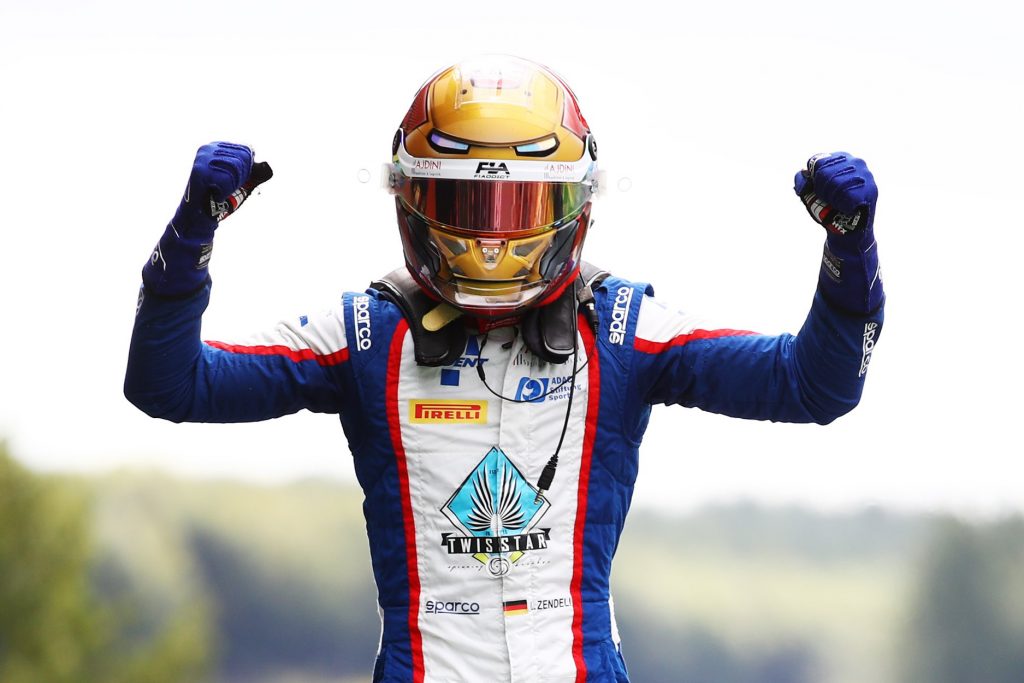 Zendeli took the chequered flag for his first win, comfortably ahead of Pourchaire and Beckmann in 3rd. Smolyer was 4th and Piastri 5th, which placed the Australian back in the championship lead. Vesti, Caldwell, Sargeant, Lawson and Verschoor completed the top 10. Jack Doohan was the next best of the Australian contingent in 12th, while Alex Peroni had a difficult race and slipped down to 14th at the finish. Calan Williams was two place further back in 16th.

“Yes, Grande, Grande, Yes Finally!” shouted Zendeli in jubilation as he cruised back to parc ferme.