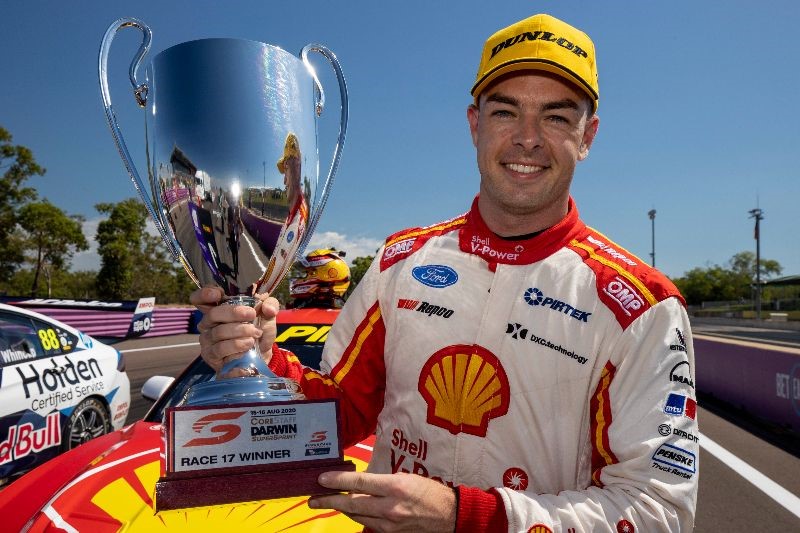 McLaughlin has won the opening race of the Darwin SuperSprint at Hidden Valley Raceway today, taking his Supercars career race wins to 49. Coulthard also put in a solid performance moving up four places from his starting position to finish in the top 10.

Both Shell V-Power Racing Team drivers made it through the two qualifying sessions and into the Top 15 Shootout. McLaughlin came within 0.06 seconds of Whincup’s time, placing him second quickest. Coulthard struggled with balance during his lap and was only good enough for P14. 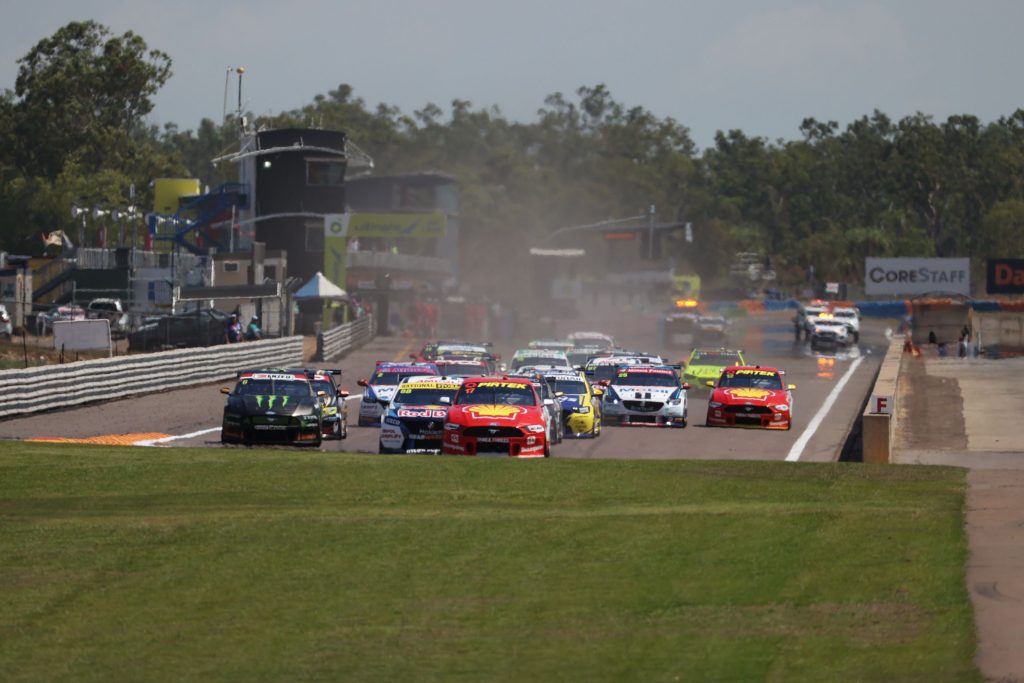 With only Dunlop soft tyre compounds allocated by Supercars, tyre choice was not an issue for Race 16. Starting on the clean line, McLaughlin moved straight into P1 off the line and into the first turn. Coulthard also had a strong start and charged up six places on the opening lap.

On lap 8, McLaughlin made his compulsory stop and after saving tyres earlier in Qualifying, had two green tyres fitted to the rear of his Mustang. Rival Whincup responded and stopped one lap later, but McLaughlin was able to stay ahead when he rejoined the race. Coulthard also pitted early, coming in for his stop on lap 11. He took on two tyres on the right-hand side of his car.

Coulthard showed solid pace following his stop, making up ground and getting past the Walkinshaw Commodore of Fullwood. With 15 laps remaining, Coulthard was wedged between Holdsworth and Percat, but Percat had pace and was able to move past. DePasquale was also able to make a move on Coulthard one lap later.

In the closing stages of the race, Mostert made contact with the No. 12 Mustang as he made his way past, leaving Coulthard to try and fend off van Gisbergen who passed him on the last corner.  McLaughlin comfortably won the 38-lap sprint race while Coulthard added another top 10 result to his resume, finish in P10.

Two more races tomorrow round out the Darwin SuperSprint weekend.

“Qualifying and my shootout lap set me up for a tough day, so I only have myself to blame. I was kicking myself for that and stated 14th.”

“I got to P8 in the opening lap of the race which was good, but then we just got stuck behind some slower guys, and I wasn’t able to pass. Our strategy was to go long, but just got dragged back too much in that first stint.”

“We pitted early, which was against what we wanted to do, and then I caught up to the back of another competitor and got dragged back again. Getting dragged back meant people behind me could catch me and pass me because they had better tyres because they pitted later.”

“But earlier in the day we were going well – practice and the first qualifying session, but just couldn’t put it together in the shootout.”

“The start of the race was really pivotal to be able to get in front of Jamie and into P1, because I was able to do my own race from then on.”

“The boy’s pitstop was unbelievable, really fast, and I was so proud of them. They’ve been working hard and today’s race was a nice start to the weekend.”

“My car was really strong throughout the run, and I was happy with the way that it just continued to do the same pace lap-after-lap. It was a good start to the weekend, so I’m pretty happy.”