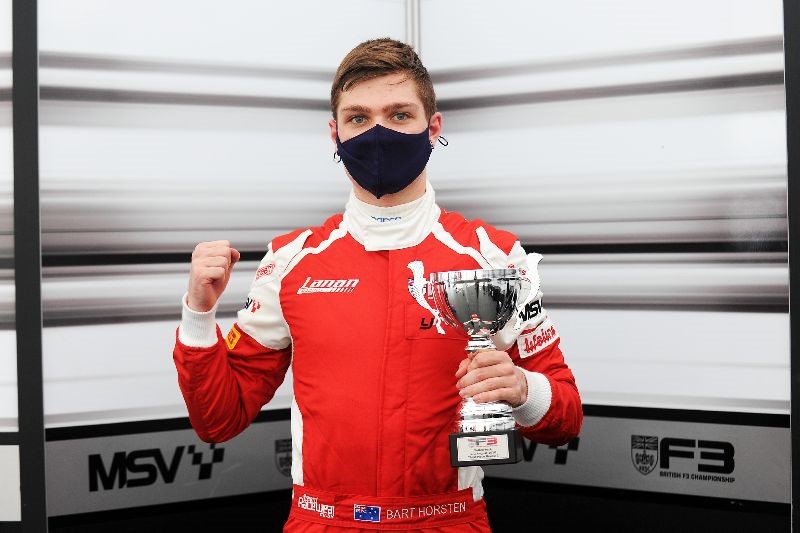 The 18-year-old Perth racer entered his debut Formula 3 campaign keen to make an early mark. He showed consistent front-running pace throughout the official test sessions in scorching conditions at the Cheshire circuit, as well as topping the times on occasions during Friday’s running.

Traffic on his best laps cost the Young Racing Driver Academy driver vital tenths in qualifying and limited him to ninth on the grid in a session in which he felt had more time on the table. 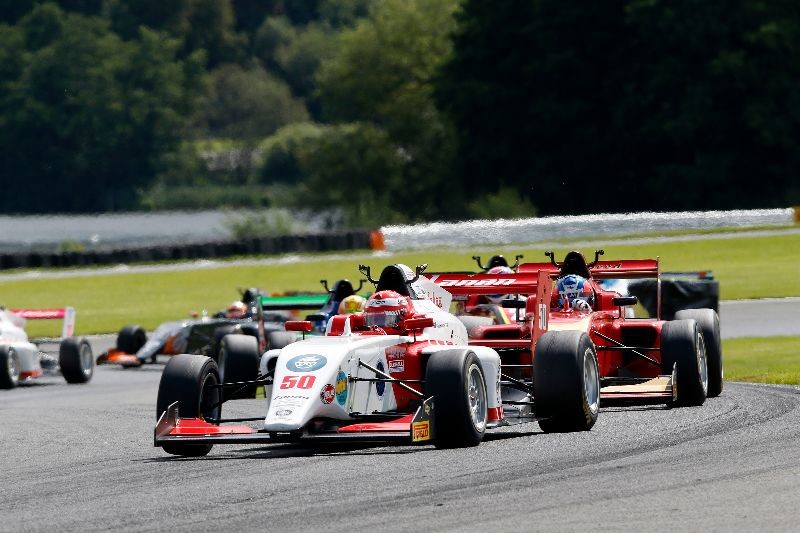 The Lanan Racing driver then had to charge from the rear of the field after a bolt issue left him briefly stuck in first gear on the warm-up lap of the weekend’s opening race, makng up for lost time by climbing several spots to 13th place.

It did mean that Horsten could profit in the second race from British F3’s reverse grid system for Saturday’s second outing. A strong start from third on the grid put him in contention for the victory, chasing Kush Maini and Lanan team-mate Piers Prior all the way to the flag to seal third and a superb maiden podium on his rookie outing.

With the wind in his sails, the British F4 race winner set his sights on more silverware on Sunday, and was almost assisted by a key decision ahead of the third race of the day. Horsten, backed by sponsors The Web Guys, Kapow!, CKD Shop and EP Warmfloor, chose his oldest set of tyres for the third race to save a completely new set for the final outing, and a strong performance saw him finish fifth.

Horsten’s reward for consistency was third on the grid for the fourth and final race of the weekend, determined by the average of a driver’s fastest two laps from the prior three races. The Australian was able to utilise fresh rubber to chase and challenge for second place with the leader well within reach, but his race unfortunately ended in the tyre barriers at Island Bend after a suspension problem.

With the opening four races under the belt, Horsten is looking to add to his silverware when he heads to Donington Park for four more races on 15/16 August.

Bart Horsten: “This weekend was all about getting points and finishes on the board for a start, but I felt we had great pace in testing and then into the meeting. It was therefore great to get a podium and a fastest lap in my debut weekend. I think we’ve shown that we’ve got very good pace and Lanan Racing did an awesome job.

“I think the third race was probably one of my best races I’ve driven. We chose to save our newest set of tyres for the last race where we’d have a better grid position, and it was a case of hanging on and giving it all we could.

“This track makes it very difficult to overtake at, as you get close to somebody and then your downforce is instantly affected. We’re looking forward to getting back out there knowing we can compete at the front.”