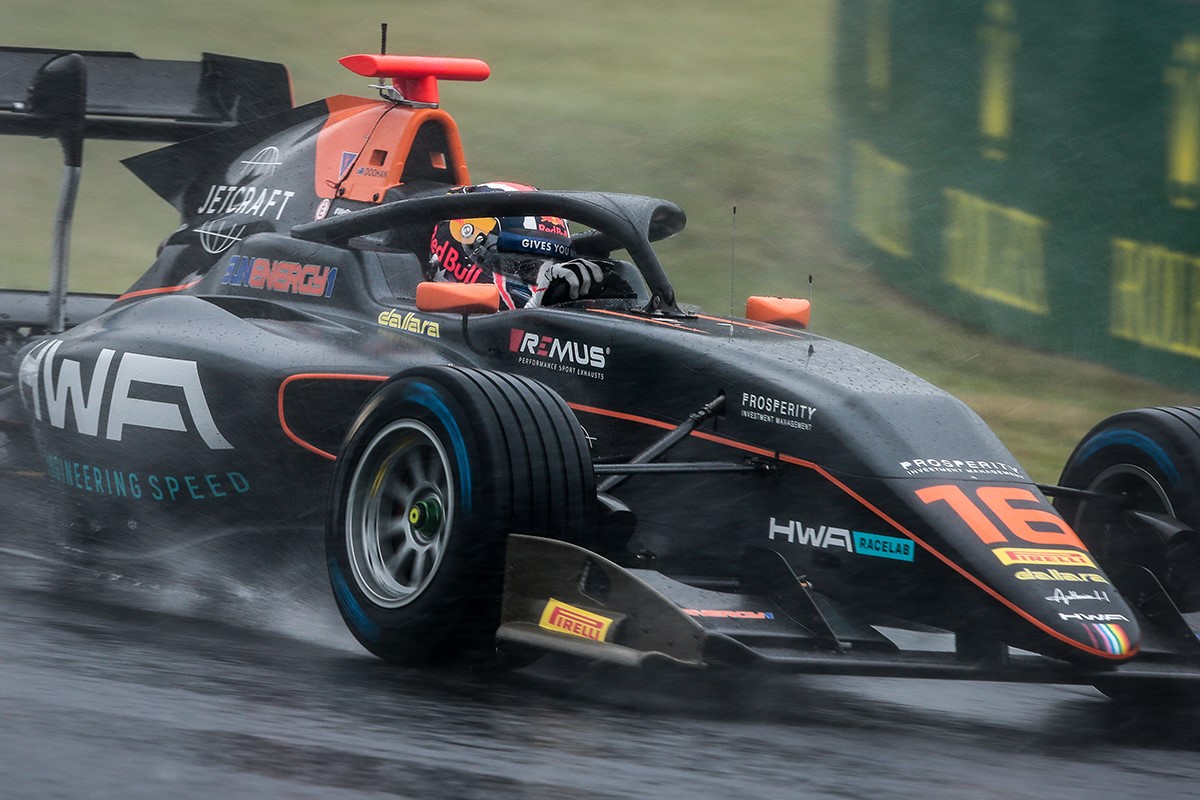 Jack Doohan retired from Race 1 and finished P24 in Race 2 at the third round of the Formula 3 Championship at the Hungaroring.

Doohan began the Hungarian GP with a true showing of pace, finishing P8 in Free Practice in the dry before the weather turned for a wet Qualifying, where he finished P22.

The Australian started Race 1 strongly and made up 9 positions to move into P13 before lap 3.

However, with incidents occurring all over the track, Doohan made a mistake at a wet section of the track and collided with another car, damaging his Number 16 Dallara and was forced to retire.

Doohan showed his fighting spirit on Sunday, but due to his retirement on Saturday he began from last place on the grid.

The 17-year-old produced a strong fightback and refused to let the wet track stop him, moving into P15 by lap 17 and had made it as high as P13 with 3 laps remaining.

However, Doohan then suffered an unexplained puncture shortly before the end of the race, making the car impossible to steer and he was forced to return to the pits, finishing in P24.

“A really unlucky weekend. We had the pace in the dry, as we showed with eighth place in free practice. However, the weather then changed and we were unable to get any grip from the tyres in difficult conditions in qualifying. This affected the whole team and we had to settle for starting positions at the rear of the grid. That was a disappointing end to a day that actually started well. I started well on Saturday and made up nine places. However, I then skidded off the track at a wet point, collided with another car, and had to retire. I was possibly a little too impatient there. On Sunday, we had great speed from P30. Three laps from the end, I was sitting in P13. I then suffered an inexplicable puncture, which we must look into. Looking on the positive side, we had a fast car in the dry on Friday, and a quick car in wet conditions on Sunday. That gives me hope. We must now recharge our batteries after three tiring weeks, sit down together and analyse what has happened, and then come back and show our true potential in Silverstone.”