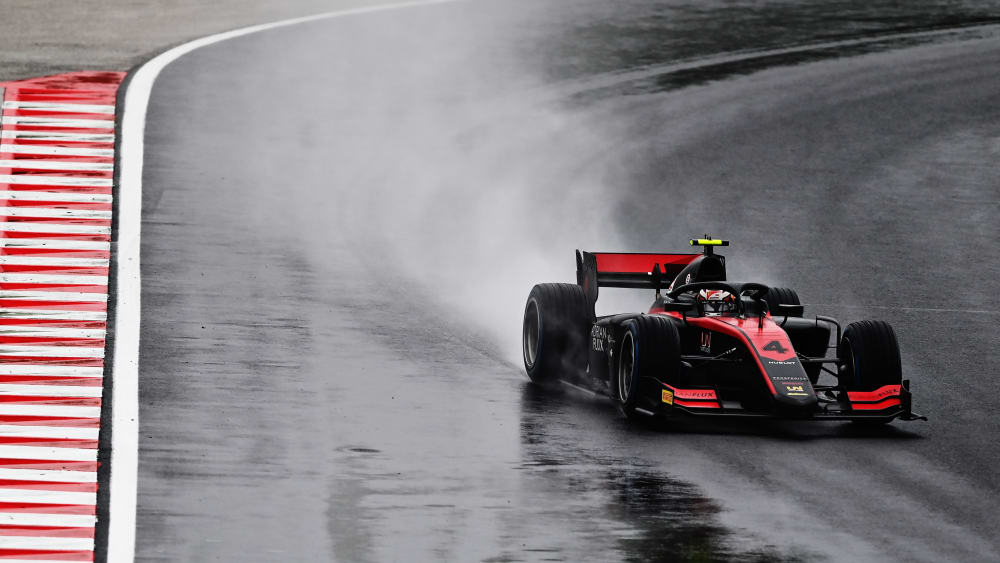 Callum Ilott was sensational in wet conditions around the Hungaroring, taking his second pole position in Formula 2. The Briton finished 0.3s ahead of Hitech Grand Prix’s Luca Ghiotto, and his UNI-Virtuosi teammate, Guanyu Zhou. 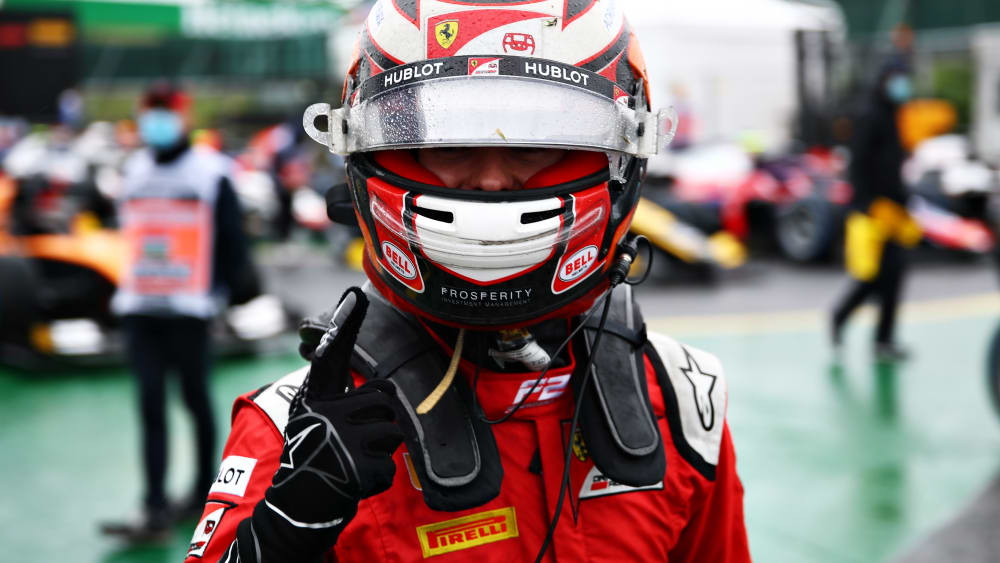 UNI-Virtuosi saw an alternative qualifying strategy pay dividends, as the team opted to keep their pairing out on track when the rest of the field pitted for fresh rubber. A late red flag – brought out after Jehan Daruvala spun into the gravel – ruined a number of push laps and meant that the session ended prematurely, confirming the pole for Ilott, and third for Zhou.

A rain hampered Free Practice had seen more than half of the grid decide not to run push laps, meaning that for many this was their first experience of the 18-inch Pirelli’s around the Hungaroring.

Round 2 polesitter Yuki Tsunoda was the first man out on track and alongside his teammate, Daruvala, put in the first flying laps.

There was an early red flag as Guilherme Samaia went off track and into the gravel before he could set a time. Carlin were once again quickest out of the traps when things resumed and Daruvala set the first fast time of the day.

The laps poured in from here, as the drivers scrambled to get times on the board should the ever-present threat of heavy rain bring the session to an early end.

Experience was proving key in the opening stages, with Louis Delétraz taking first with a time of 1m 55s, ahead of Marino Sato, Ghiotto and Sean Gelael.

Ghiotto quickly got to grips with the difficult conditions and twice beat his own laptime for provisional pole, breaking the 1m 53s barrier for the first time. His teammate Nikita Mazepin briefly dived beneath him, before Christian Lundgaard throttled around with a stunning lap of his own, going just 0.005s slower than Ghiotto.

Mick Schumacher and Ghiotto both took turns in first as the field continued to grow more and more comfortable with the limits.

It was at this point that UNI-Virtuosi turned the session on its head. Ilott and Zhou had struggled to trouble the top five in the first half of Qualifying, and the British team decided to run their driver pairing on the track by themselves when the rest of the field pitted for fresh tyres.

The duo responded imperiously to take first and third, with Ilott’s lap particularly impressive. The Briton thundered around aggressively to find every last drop of pace around the Hungaroring and set a time of 1:50.767.

The field returned to the track to respond, but wouldn’t be given long to do so as a red flag was brought out with four minutes remaining after Daruvala spun off into the gravel.

Race Control decided to end the session there, confirming a second career pole for Ilott, ahead of Ghiotto and Zhou. Dan Ticktum took fourth, ahead of Schumacher and Lundgaard. Marcus Armstrong, Jack Aitken, Gelael and Giuliano Alesi took the final spots in the top ten.

Ilott will be eying up his second victory of the season in the Feature Race tomorrow, but will face stiff competition from the experienced Ghiotto, who is looking to kickstart his season after a difficult first two rounds. Action gets underway at 4.45pm local time (12.40AM 19 July AEST).

HUNGRORING WEATHER MAY PLAY A BIG ROLE IN GP 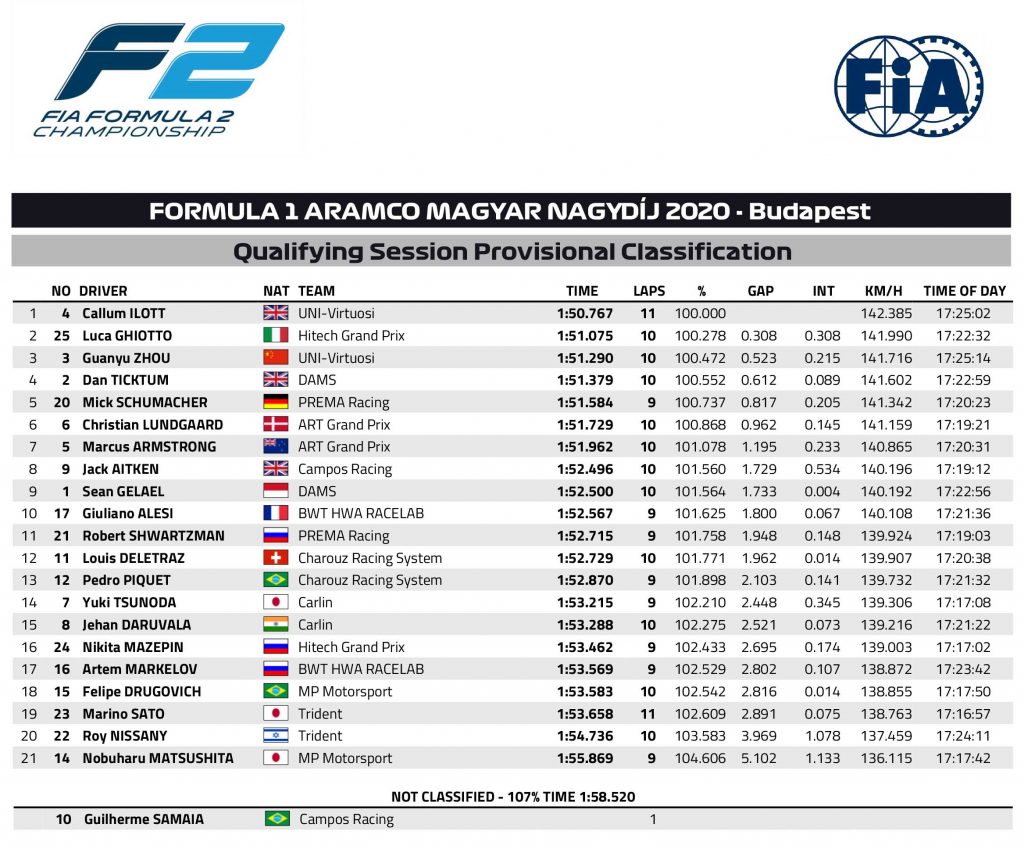