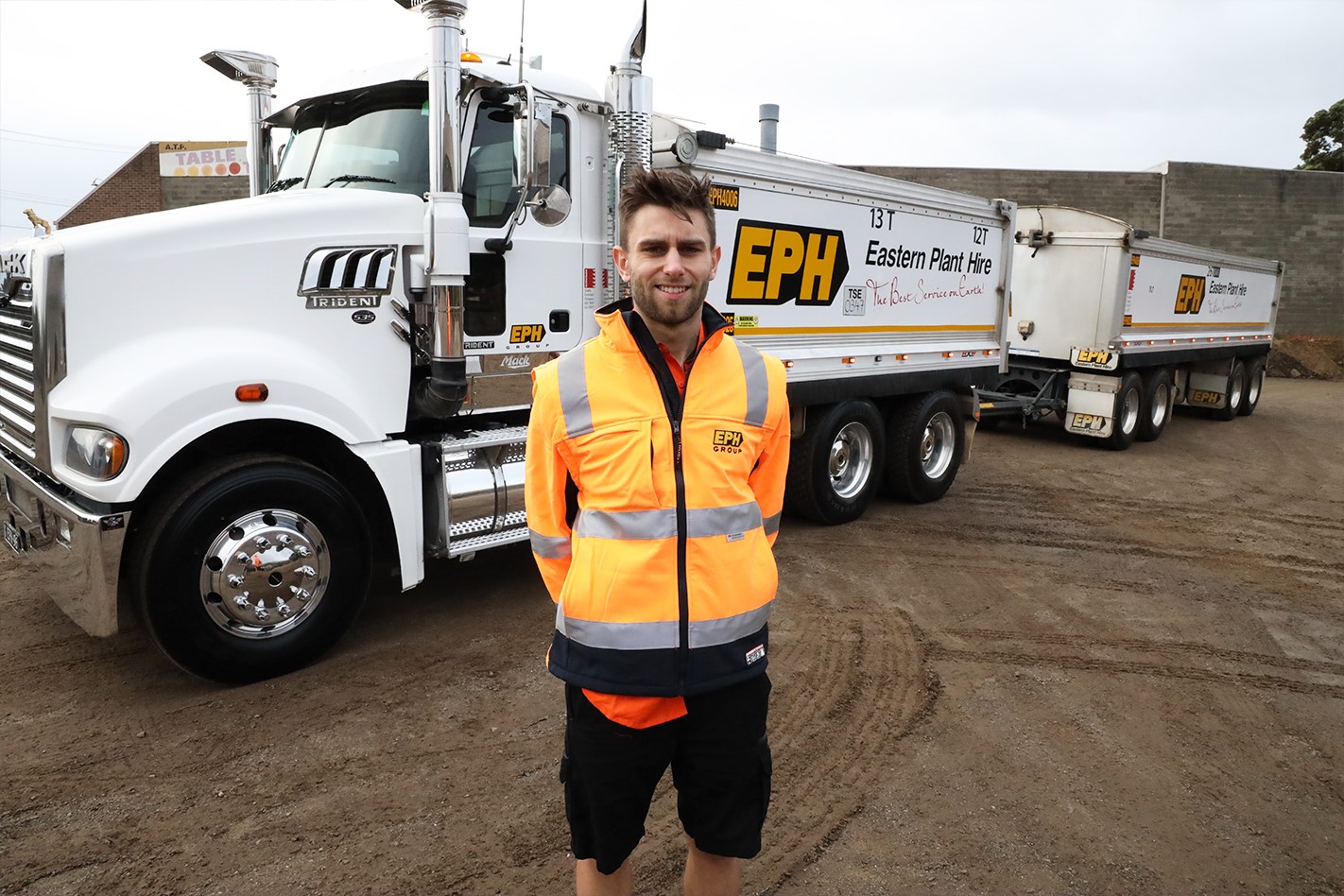 Thanks to Kelly Racing team partner Eastern Plant Hire, NED Whisky Racing driver André Heimgartner might have a career in truck driving in his future. Recently André had the pleasure of going through the full driver training and testing regiment that EPH put all of their drivers through before allowing them to get behind the wheel.

Fortunately André passed the theory test with flying colours at EPH’s head office in Melbourne and was able to jump behind the wheel of one of their Mack Trident trucks to practice his manoeuvring skills. The Mack Trident comes from the same family of trucks as the Mack Super-Liner which Kelly Racing use to transport its race cars and gear to Supercar events right across Australia.

Reversing in a straight line proved to be fairly straight forward, but navigating the full-length truck and trailer into a turn was not easy! Most of EPH’s fleet include a dolly trailer meaning the front wheels of the trailer are able to move up to ninety degrees left or right, making it possible to manoeuvre the trailer into extremely tight spaces. It also adds an additional layer of complexity to reverse parking!

EPH work on the majority of major infrastructure projects in Victoria, New South Wales and Queensland, removing and delivering materials where needed. On any given day there could be up to a thousand EPH trucks on the road across Australia and recently they have been working on a number of projects close to Kelly Racing’s Braeside headquarters, including the new Mordialloc Freeway and the Frankston train line level crossing removals.

“It was quite cool to be able to go down to EPH and drive their awesome Mack truck, but it’s also quite serious, there’s a lot more involved in truck driving than most people probably think. The medical test that EPH put you through is the same as what a pilot has to do before they can get their license to fly, and it makes sense when you think they could be responsible for up to 56-tons rolling down the road.”

“It was quite interesting how maneuverable the truck was, but it’s definitely not easy and I had nothing to hit and no spectators! I can only imagine how difficult it would be rocking up to a job site in the city or something where you’ve got a tight space and lots of people watching, plus other drivers waiting to drop off their loads!”

“Thanks to EPH for having me and giving the opportunity to drive the Mack, it was a great experience and who knows maybe you’ll see me on the job site in the future!”