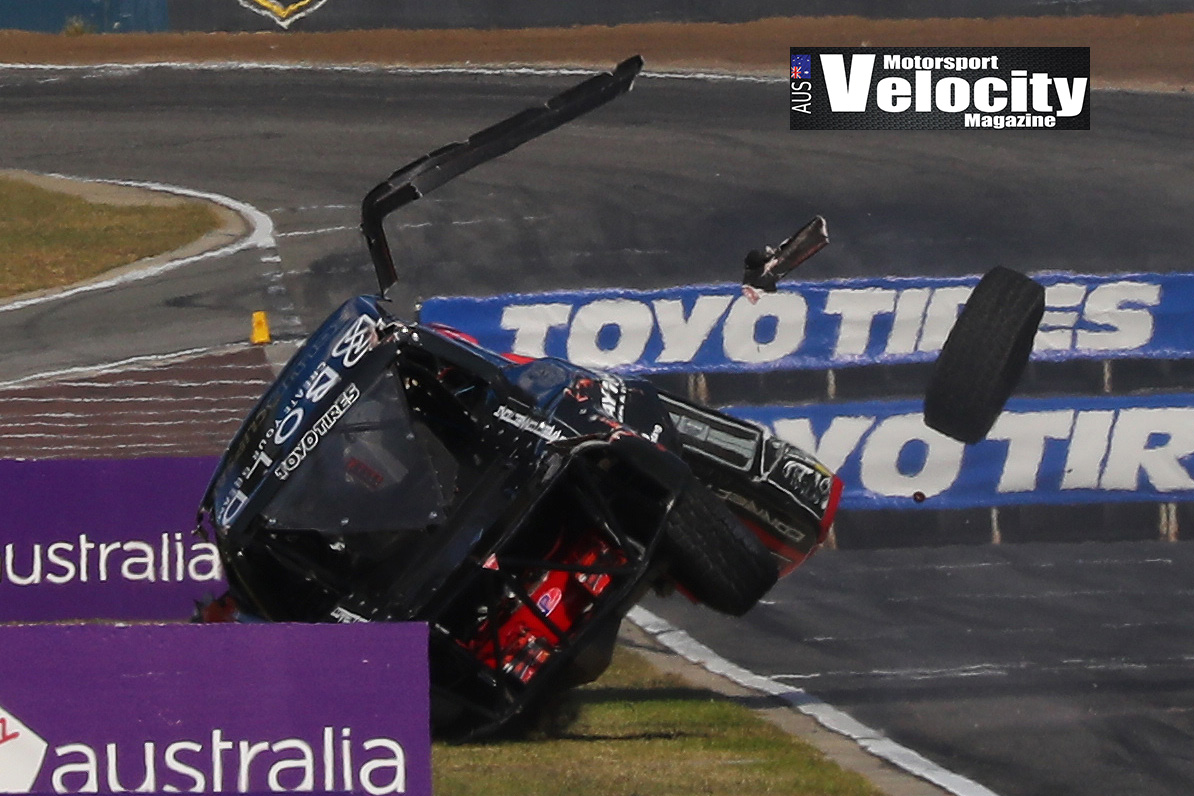 Our great mate Matty Nolan had a huge crash in Race One in the Stadium Super Trucks on the second front straight jump.  “I was struggling with the truck all weekend, out of the box it was just not responding like we were used to” said Nolan after his crash, “After watching back the footage I should have yanked on the wheel harder” he said with a smile.  We asked how he was after the crash, “pretty good I’ve got a bit of a headache but been cleared by medical, its one of the bigger crashes in the class thats for sure”.

Nolan also told Velocity “I’m heading to Charlotte [North Carolina] in August to spend a week with Robby Gordon for some much needed seat time and teaching from the best”.

Here is Matt’s crash via SST on Twitter and Supercars via YouTube and below is our images of the Crash. 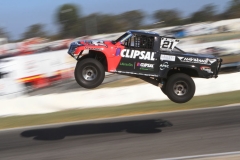 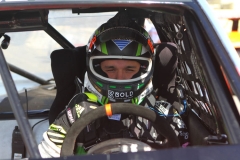 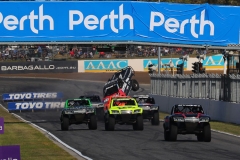 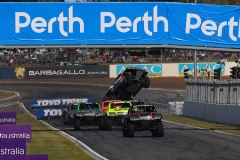 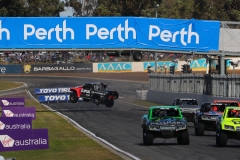 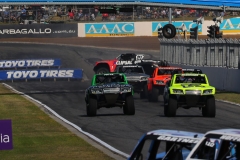 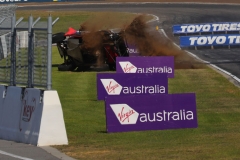 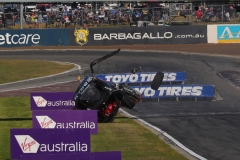