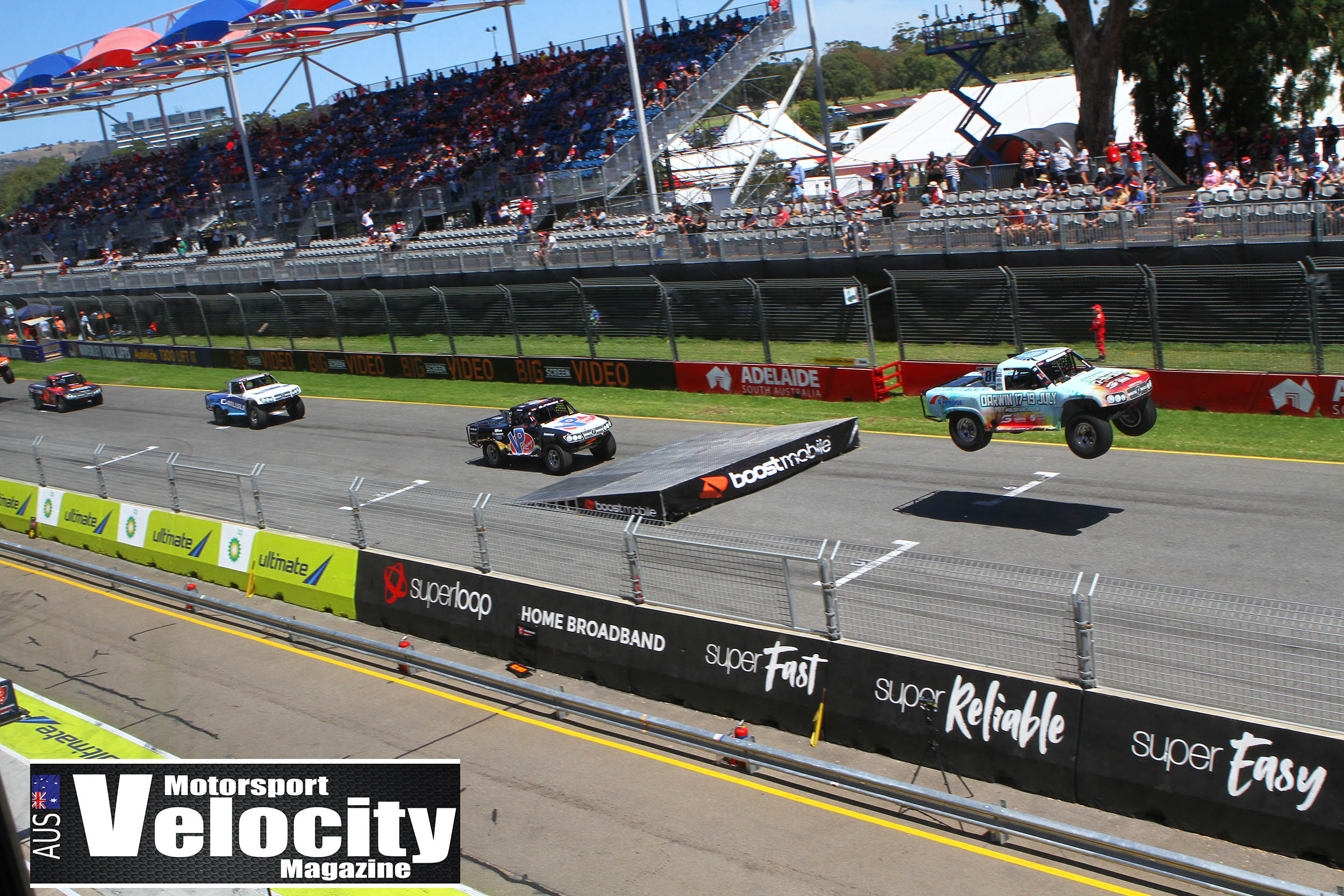 Ex-Supercar driver and GT racing specialist Shae Davies has had his first taste of the all American Stadium Super Truck Series on the streets of Adelaide for the Superloop Adelaide 500.

Davies took little time to get use to the jumping Super Trucks and soon moved up to the pointy end of the class, taking the third and final race for the weekend with a win from the Series creator and owner Robbie Gordon, the former was battling with two time Stadium Truck Champion Matthew Brabham.

After just a test few laps of Queensland Raceway in the wet last week, the dry hot conditions in Adelaide were in stark contrast over the weekend in South Australia. 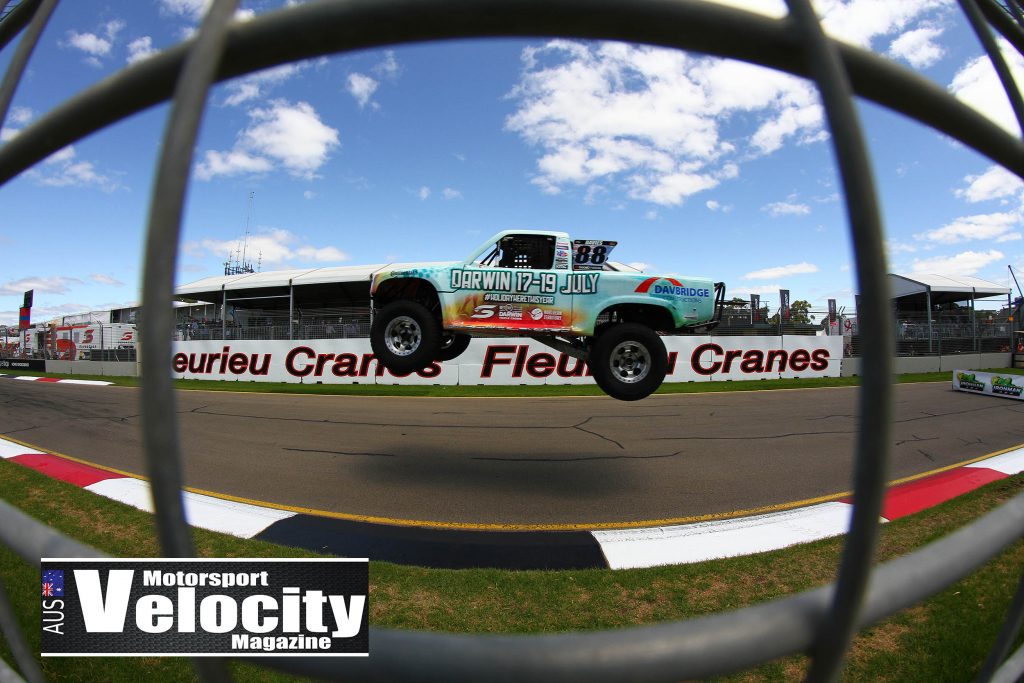 “I was Blown away to nab a win in race 3 of my debut weekend. Having such little practice and only in the wet, I had no expectations whatsoever heading into the weekend, Davies told Velocity Magazine”

Davies found his rhythm in the two practice sessions with fifth fastest and in the first qualifying took second spot, race one he finished fourth and in the second race he was turned around and ended up 10th.

“However from practice one we had decent pace and I’m so happy that converted to race pace this weekend.”

“Driving these trucks is an absolute blast and I can’t wait for the rest of the season and really give this championship a nudge.”

Robbie Gordon addressed the media in his own style, refusing to use the media conference room he took to the main media centre room where all the photographers and reporters were seated and entertained them with his report for the first weekend back for the SST racing on the Supercars Calendar.  Last year they appeared at a couple of event as “demonstration runs”.

Gordon was the round champion, “its been a while since I have won,” he said.  Second for the round was Brabham with Toby Price third.

“The fan support for these things is really special and it’s so awesome to see all the fans on the wall getting excited to watch us have some hard racing!”  Davies was fourth for the round.

Bathurst Champion Paul Morris also ran this weekend finishing 5th and ex-Supercar driver Paul Weel had a drive as well and was 6th for the weekend.  Toyota 86 racer Luke Vanna joined the class along with stunt driver Matt Mingay, the later almost lost his life in the Stadium Super Trucks after a horrific crash in Detroit in 2016, this weekend was the first time he has raced since the crash. Shaun Richardson (Aus) was 12th.

Shae confirmed to Velocity Magazine that he will head State-side to run in the Stadium Super Trucks at their Long Beach California Round in April along with the rounds in Australia.

The Super Trucks will head state-side again now, but return to Australia in May for the Perth SuperNight, and the Gold Coast 600 in October.