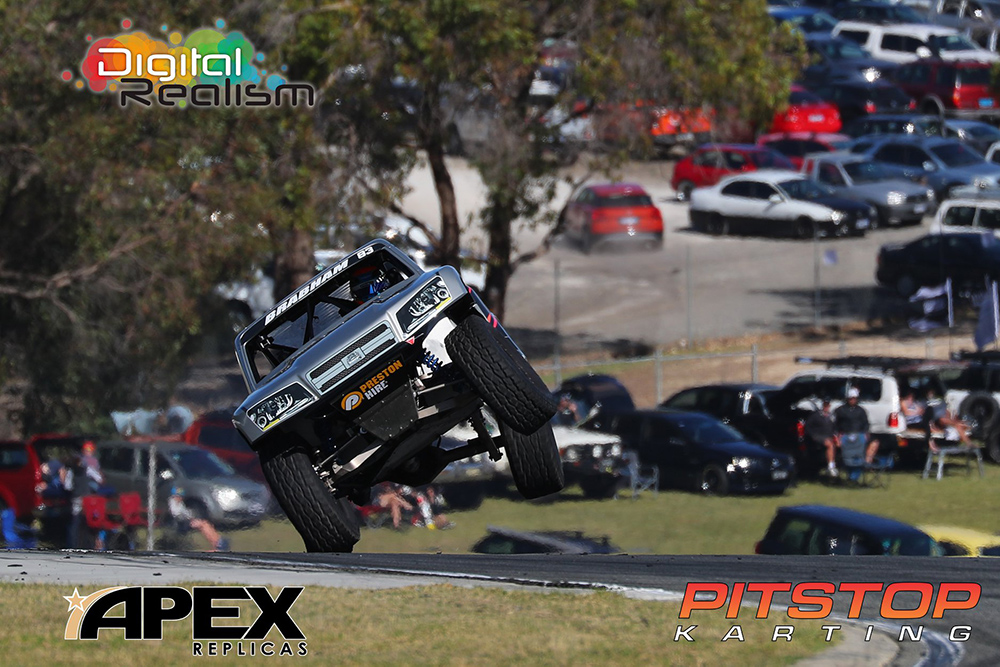 DeVilbiss Racing Team driver, Matt Brabham has capped off a busy weekend with the overall round victory in the Speed Energy Stadium SUPER Trucks in Perth, Western Australia this weekend.

This is Brabham’s third consecutive round victory in the series, have won in both Long Beach, California and Adelaide, South Australia.

Brabham started the weekend by getting behind the wheel in the Preston Hire Racing Team Holden Commodore in Friday’s opening Supercars practice session.  The 24-year-old is pairing up with the team’s Lee Holdsworth for the PIRTEK Enduro Cup later in the year.

The Stadium SUPER Trucks switched up their racing format this weekend, with a shootout on Saturday and Sunday deciding grid positions for the two races.

Brabham finished second and first respectively in the shootouts, having shown some great speed in the qualifying session on Friday.

The grid for each race is then inverted from the shootout, leaving Brabham to battle from the rear of the field on both Saturday and Sunday.

Brabham’s Championship rival, Robby Gordon, was right beside him as the two fought for points throughout the event.

Brabham moved from 11th to sixth in the first mayhem-filled race where two cars rolled.

Matt Nolan misjudged his approach to the jump on the pit straight and spectacularly barrel-rolled halfway down the straight on lap four.

In race two, the third-generation racer started at the back again with the inverted grid and made his way through the field to finish just off the podium in 4th, but was promoted to 3rd after Paul Morris was penalised post-race

There was a brief red flag during the race while officials fixed water barriers on the inside of one of the turns.

After this weekend, the dual Australian-American resident stays on to complete some more co-driver duties for the Preston Hire Racing Team at the Winton Supercars event.
The next round of the Stadium SUPER Trucks is in the home of auto manufacturing, Detroit, USA as the undercard for the IndyCar ‘Duel in Detroit’ event.

“This weekend has been overall tough as we were always fighting to get to the front, but to come away with a win is awesome,” said Brabham  “It was also great to get a taste for a couple of laps in the Preston Hire Racing car, and I’m definitely hungry for more.”

“I’m eager to learn from Lee and the team at Preston Hire Racing and help prepare the car so we can get a good result later in the year.  “It was great having everyone from Preston Hire at the track, and being able to get the overall round win in front of the team.”