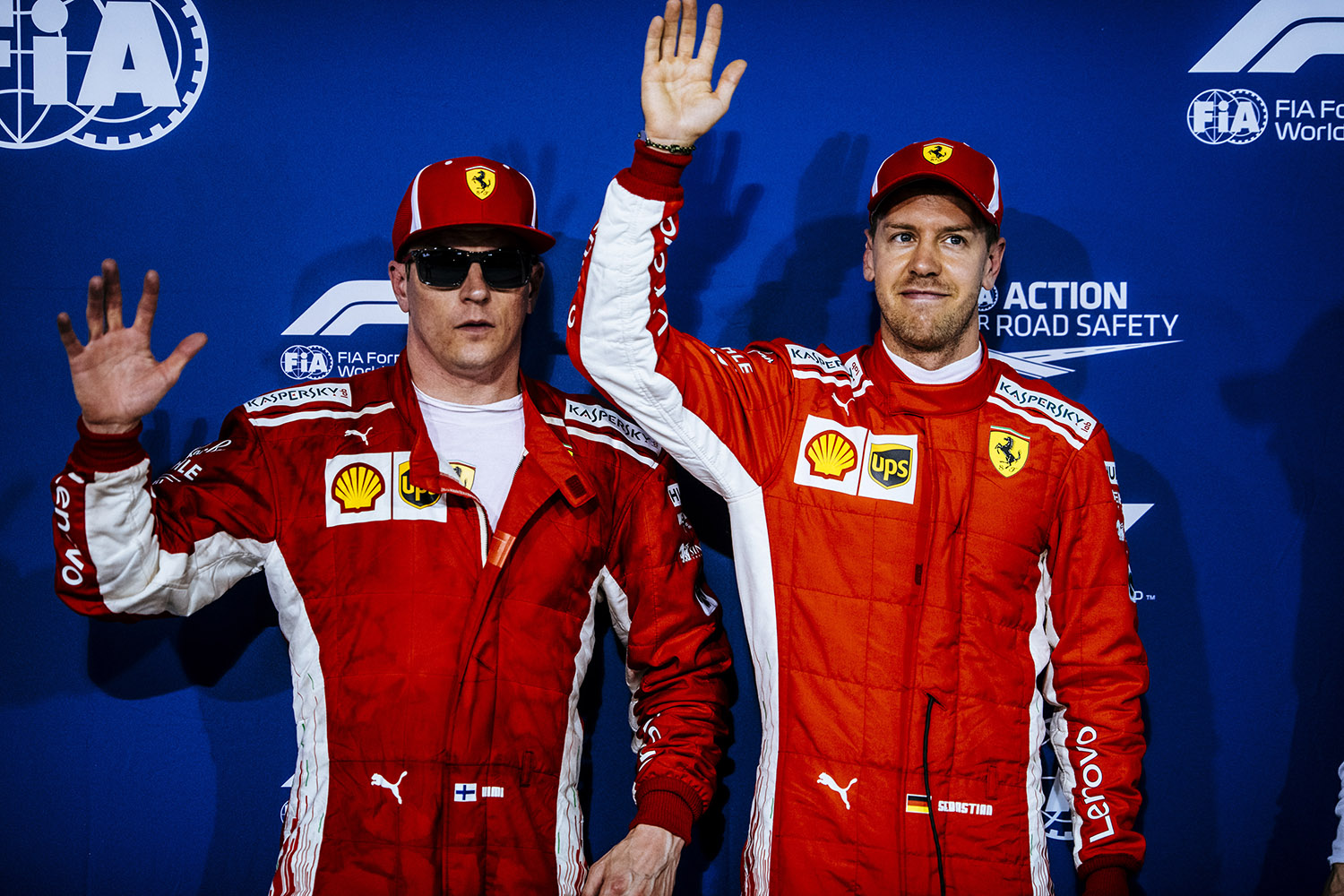 “It’s nice to see that we have built a very strong car and that today we are able to put it on the front row, beating everybody else,” Vettel explained.  “It’s been a great result that the whole team deserves. However, the ‘big day’ is tomorrow”.

Lewis Hamilton opted to use the soft compound in Q2, knowing that he would be handed a five place grid penalty for the race as a result of a gearbox change. He ended qualifying in 4th place, which translates to 9th for the race.

Daniel Ricciardo finished 5th for Red Bull, which becomes 4th for the race when Hamilton’s penalty is applied. Max Verstappen made a brief appearance in qualifying and crashed out in the latter stages of Q1. He progressed to Q2, however the damage to the Red Bull meant that the Dutch driver was unable to set a time and progress to Q3. It was the first time that he had missed the final qualification session since China 2017.

“I was very surprised at what happened in Q1 so I wanted to try and understand the cause before commenting on it.” Verstapped explained via Red Bull Media. “What we can see in the data is a sudden power increase, just like an on/off switch. It looks like roughly 150 Horse Power was suddenly switched on during the corner which of course is not easy to anticipate, this caught me out and meant I lost the rear and spun. The damage to the car was just the front left corner so we don’t have any major concerns for tomorrow.”

Piere Gasly was the star of qualifying as he pushed the Torro Rosso Honda into Q3 for the first time. Brendon Hartley was unfortunate to miss out on the final session after contact with a bird left his Torro Ross with front wing damage. There was disappointment for Haas driver Romain Grosjean and McLaren drivers Fernando Alonso and Stoffel Vandoorne, who all mised out on Q3 as well.

Williams continued to struggle with the new car and inexperienced driver line-up. Lance Stroll recorded the slowest time in Q1 and teammate Sergey Sirotkin only separated by Charles Leclrec, who spun on his final lap and said on team radio that “I am so stupid.”

Does Red Bull now have ‘party mode’ for qualifying? While it has been rumoured for some time that the Mercedes camp have an extra boost of power at their disposal in Q3, the team has been quick to downplay any such mode. Ferrari suggested in Bahrain that they have now utilised technologies that allow for extra power for the critical Q3. Has Red Bull now joined the duo?

Max Verstappen’s crash occured at the end of Q1, when he was ‘gathering data’ according to team principal Christian Horner. Verstappen’s account of the incident stated that the car had a sudden increase in horsepower, which was impossible to control. Was it a misbehaving power unit, or a technical glitch as the team trialled a higher power mode for Q3?