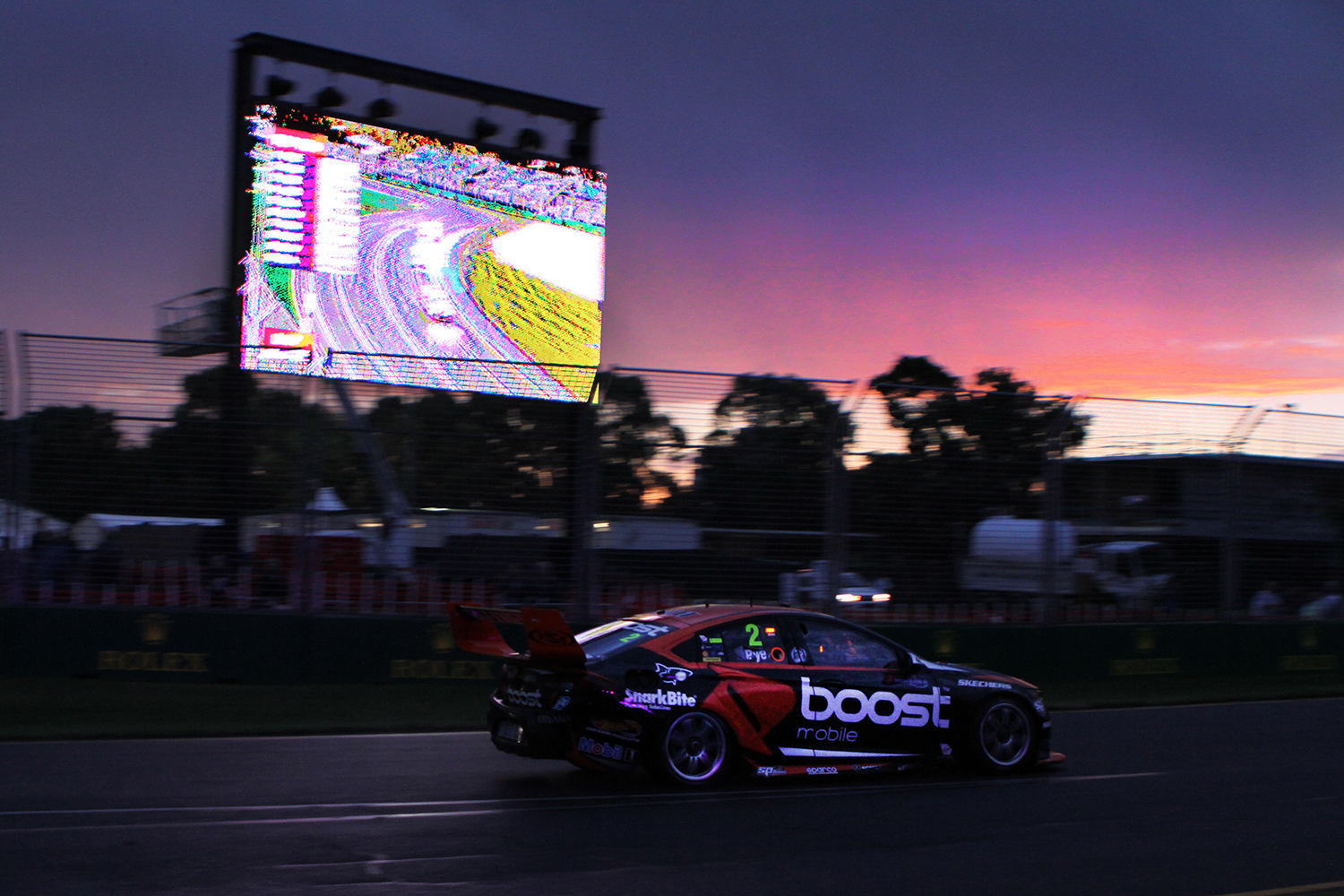 Mobil 1 Boost Mobile Racing’s Scott Pye has broken through for his maiden Virgin Australia Supercars Championship race win during what has been described as one of the best Supercar races for a long time.

In what has been a long time coming with many an up and down for Pye’s career last nights win was something special and very emotional for both Pye and the whole team.

The third race of the Formula One weekend went without a hitch and without a safety car once again, three in a row is a charm they say.

Pye lead for 19 of the 25 laps, a decisive win in what became very trying conditions, the race started in the dry and look set to run that way but with 8 laps remaining the heavens opened on the front straight first and immediately Race Control declared it a wet race which opened pitlane for wet tyres for those that choose.

But that was the million dollar question, was there enough race left?  Pye elected to remain on the slicks for the remainder of the race as did 7 times champion Jamie Whincup who was hunting Pye down.  On the last couple of laps on a very wet circuit Pye kept Whincup at bay to cross the line for a very emotional win.

Pye’s dad had passed away due to lung cancer in 2009 and he dedicated this win to him.

In the closing darkness another obstacle made it harder for the drivers, Pye mentioned the blinding lights coming off his dash.

“It was dark but my biggest problem was that I couldn’t remember which button turned my dash down, so the lights on my dash were on full brightness, so if you can imagine a car driving towards you with their headlights on, that’s what it was like,” he later said in the media conference.

The Virgin Australia Supercars Championship have one more race for the weekend another 13 lap sprint race just prior to the 2018 Australian Formula One Grand Prix, the Supercars start at 1.45pm local time.  The next round is at Tasmania’s Symmons Plains circuit in two weeks time.