Cameron Waters survived a last corner lunge from Shane van Gisbergen to take the victory in Race 13 of the Repco Supercars Championship at the Pizza Hut Winton Supersprint. Van Gisbergen managed to nurse his damaged Red Bull Ampol Racing Commodore in second, while David Reynolds Penrite Mustang was down to fumes as his late challenge fell short in third place.

The race was won at the start and almost lost at the finish.

Waters managed to out jump the #97 Red Bull Ampol Racing Commodore off the line and then move over to the ripple strip at Turn 1 to leave van Gisbergen firmly wedged behind the Monster Energy Mustang. Will Brown also had an excellent start and stayed wide at the opening corner to sweep around van Gisbergen for second place at Turn 2. 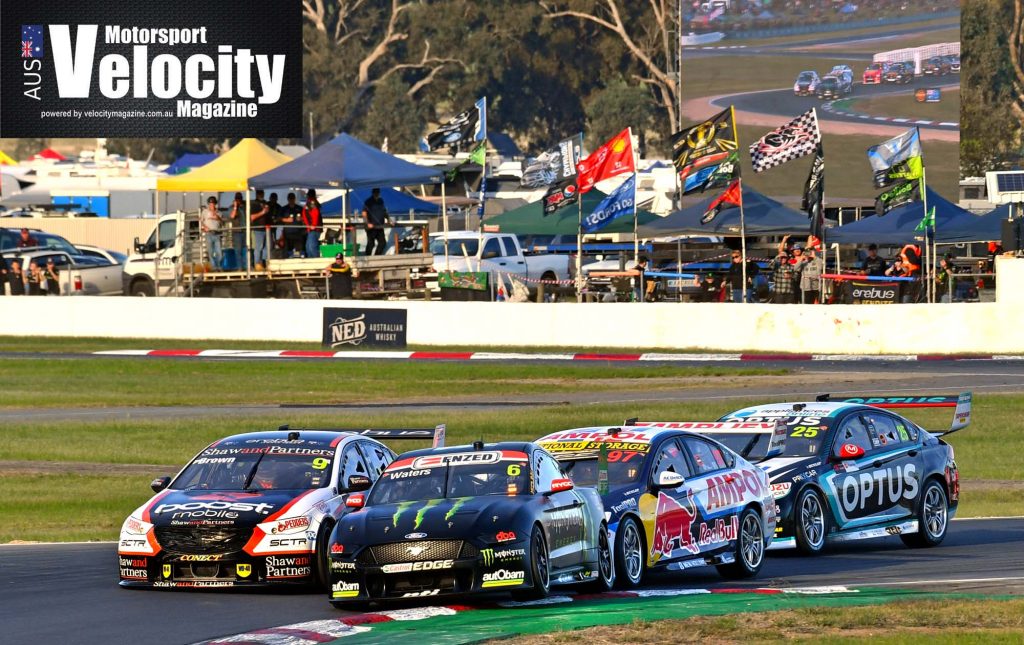 The field stayed out of trouble on that opening lap, though Mark Winterbottom fell away to last after his Irwin Racing Commodore shut down at the exit of Turn 3. Winterbottom managed to restart the car, but lost the best part of a 500 metres to the next to last car.

The Monster Energy Mustang remained in front throughout the opening stint, while van Gisbergen stopped earlier than the race leader to execute an undercut, though his plan may have been impeded somewhat when he returned to the circuit just ahead of Chaz Mostert.

Waters stopped later and retained the lead through Turns 1 and 2, with van Gisbergen closer than ever. A move around the outside of the Monster Energy Mustang failed to give van Gisbergen the result he had wanted as he was forced to pull back behind Water’s black beast. 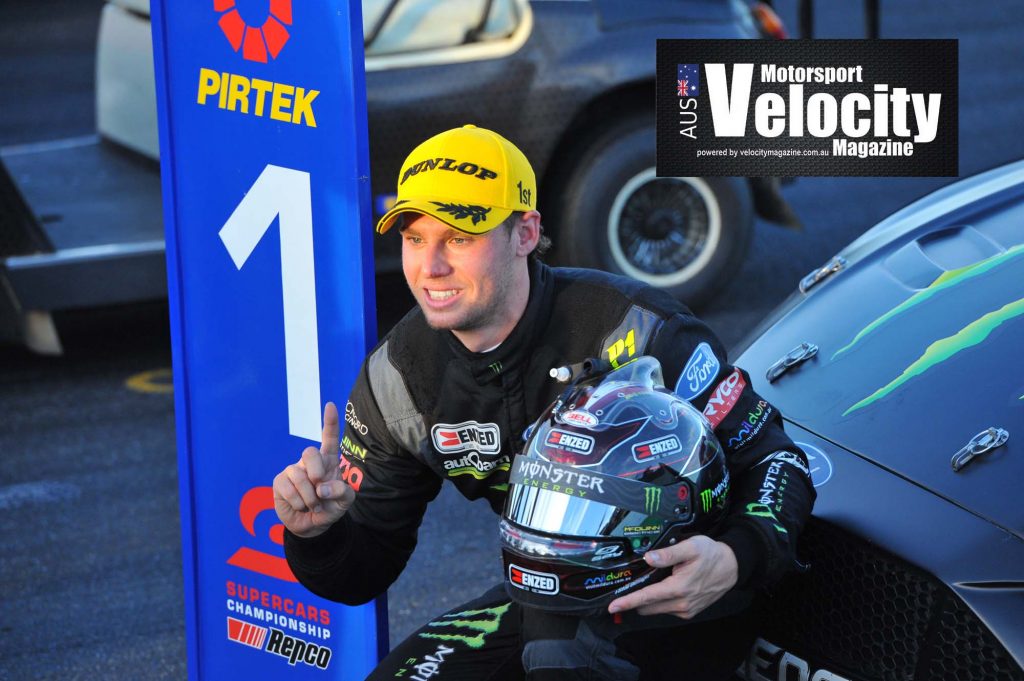 The Penrite pairing of Reynolds and Holdsworth ran even longer, with Reynolds a possibility of running down the leader on fresher tyres. He cleared Mostert and reduced the deficit to van Gisbergen until told to conserve fuel during the closing stages of the race.

There was no such issue for van Gisbergen, who applied the blowtorch to the Tickford Racing Monster Energy Mustang throughout the final laps of the race. Waters stood firm until a small opening at the penultimate corner allowed van Gisbergen to move alongside. Contact between the pair at the final corner damaged the front wheel of the Red Bull Ampol Racing Commodore and the win for secured by Waters. Van Gisbergen crossed the finish line in 2nd and Reynolds took the final podium place in 3rd. Mostert, Holdsworth, Pye, Kostecki, De Pasquale, Heimgartner and Feeney completed the Top 10.