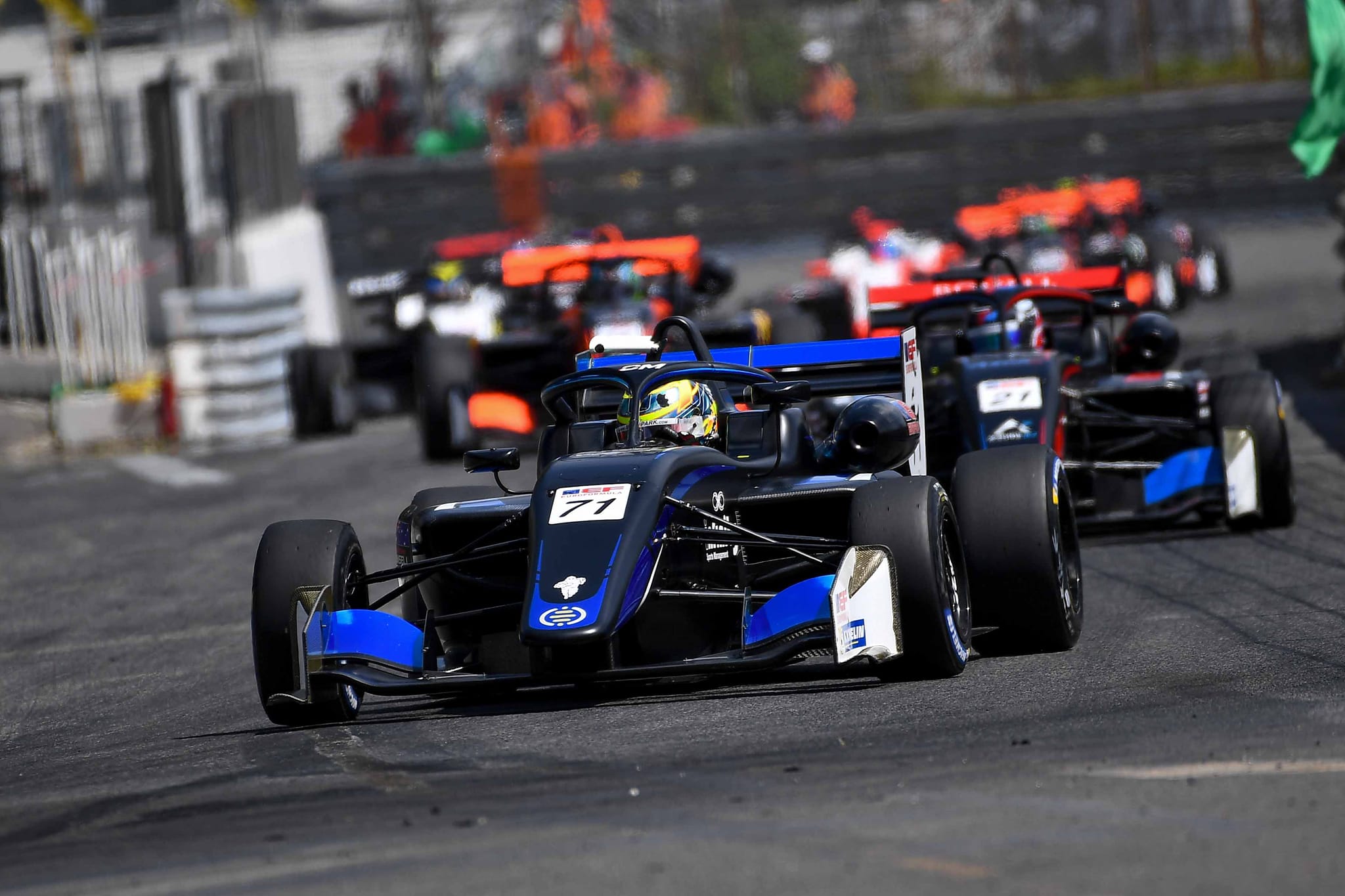 Australian ace Christian Mansell continued his superb start to the 2022 Euroformula Open season, adding a pair of podium finishes in the second meeting of the championship, the historic Pau Grand Prix in France last weekend.

After claiming a spectacular maiden victory in the season opener at Estoril just a week prior, Mansell hoped for more of the same as he made the trip to the famous streets in France looking for silverware at the 79th running of the Pau GP.

BRDC Rising Star Mansell and his Motopark-run CryptoTower team took to the streets for the first time on Friday, surviving a meeting with the infamous barriers to show his card as a consistent threat for the overall podium in the two races held across the weekend.

When Friday qualifying came about – the first of two qualifying sessions over the weekend – Mansell, backed by AJM Transport, Castrol, Vawdrey Trailers, VISA Global Logistics and Infinity Sports Management, was right in the thick of the pole position fight. The Australian looked on course for a front row start before being pushed back by a late flurry of fast times, but he hit back himself with a faster time of his own to grab third on the grid for Saturday’s 26-lap contest.

When the lights went out for the first race that afternoon, Mansell made a lightning getaway and braved it out around the outside of his Motopark team-mate Vladislav Lomko at the narrow opening bend to move into second spot. It would be a place he would never surrender, taking second place despite threatening the race leader when the safety car emerged in the second half of the race.

The following day, Mansell, supported by Dexcom, Rush Performance, IOR Petroleum, Locker 27 and AMSL Diabetes Australia, had a second chance with another qualifying session to decide the grid for race two.

The session was initially topped by Mansell with a blistering opening lap, putting himself right in the mix to be on pole position. As the lap times lowered in the second half of the session the Motorsport UK Academy driver dropped to third place, but ended just half a second from pole position as he eyed another podium finish.

Another great start gave the teenager from Newcastle, New South Wales, a chance to attack the pole-sitting car of Oliver Goethe into the tight first sweeping right-hander, backing out and briefly falling to fourth heading into the hairpin for the first time. Goethe attacked for the lead but ran wide, baulking Josh Mason and allowing Mansell to slot up the inside and into second place, now chasing Lomko for the lead.

Try as he might, the narrow nature of the street circuit makes overtaking in a single seater almost impossible, so Mansell kept his rival in sight all the way to the chequered flag to confirm another podium finish – his fourth in five races.

A great weekend in France means Mansell leaps up into a comfortable second place in the overall championship standings, just 18 points away from the series lead. 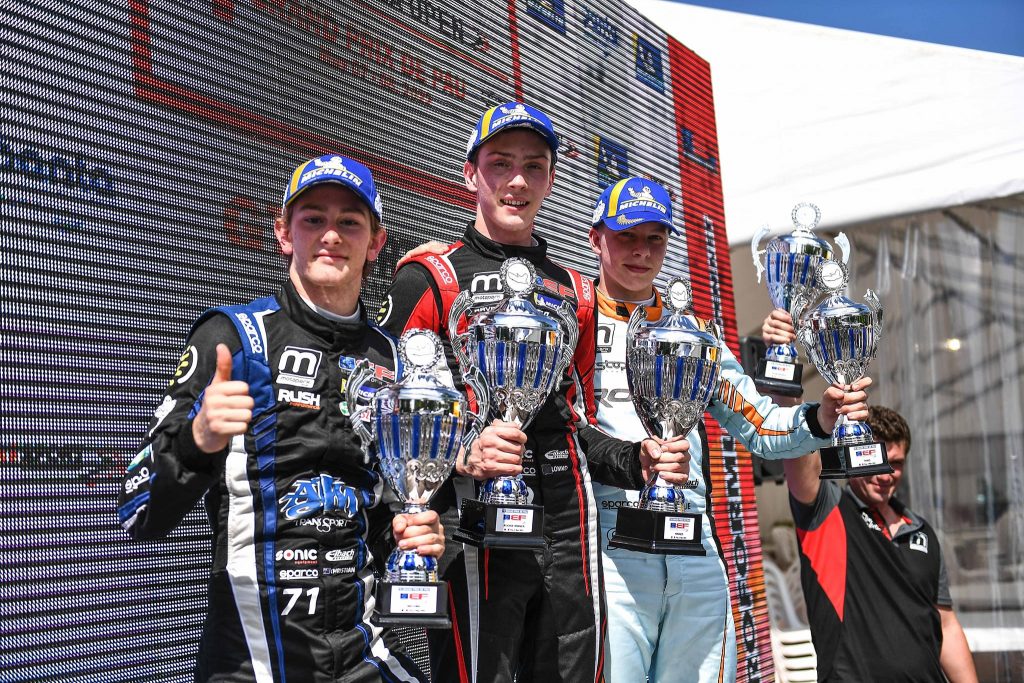 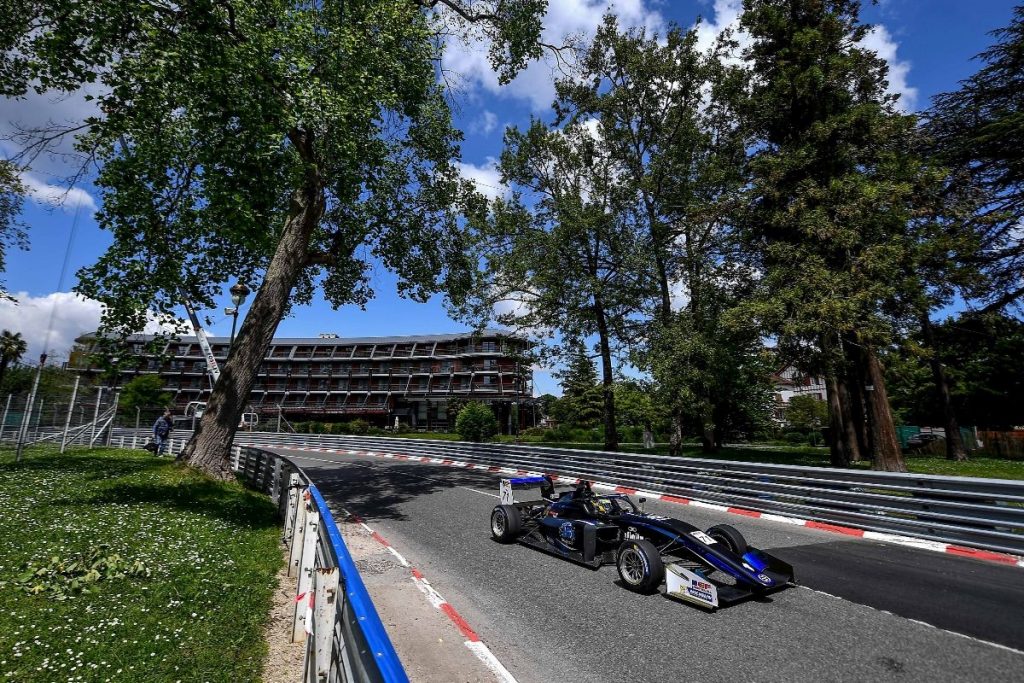 Christian Mansell: “Another great weekend for us, and plenty of important points picked up once more to keep us in the title fight although it’s still early days.

“Pau is a very tricky track, so it was a challenging start to the weekend trying to get used to it. Our pace throughout was really strong though, and we were up in the fight for pole both times which was the key to a good weekend.

“It’s basically impossible to overtake here. A good start in race one was the main thing and it put us in a great place. After that we could just chill and get into the zone to get the car home for a podium finish.

“It was a similar story on Sunday with a good qualifying session. We missed out on the front row but attacked into the first corner and took advantage of some mistakes to get up to second place. It’s a really good weekend for us, and hopefully we’ll take that positive momentum into Paul Ricard next.”

Mansell is back out on track in two weeks’ time as the Euroformula Open Championship stays in France, next heading to Paul Ricard over the weekend of 21/22 May.

MEDIA RELEASE/AUDI SPORT - Photos: supplied After the pandemic forced a postponement of the IGTC…