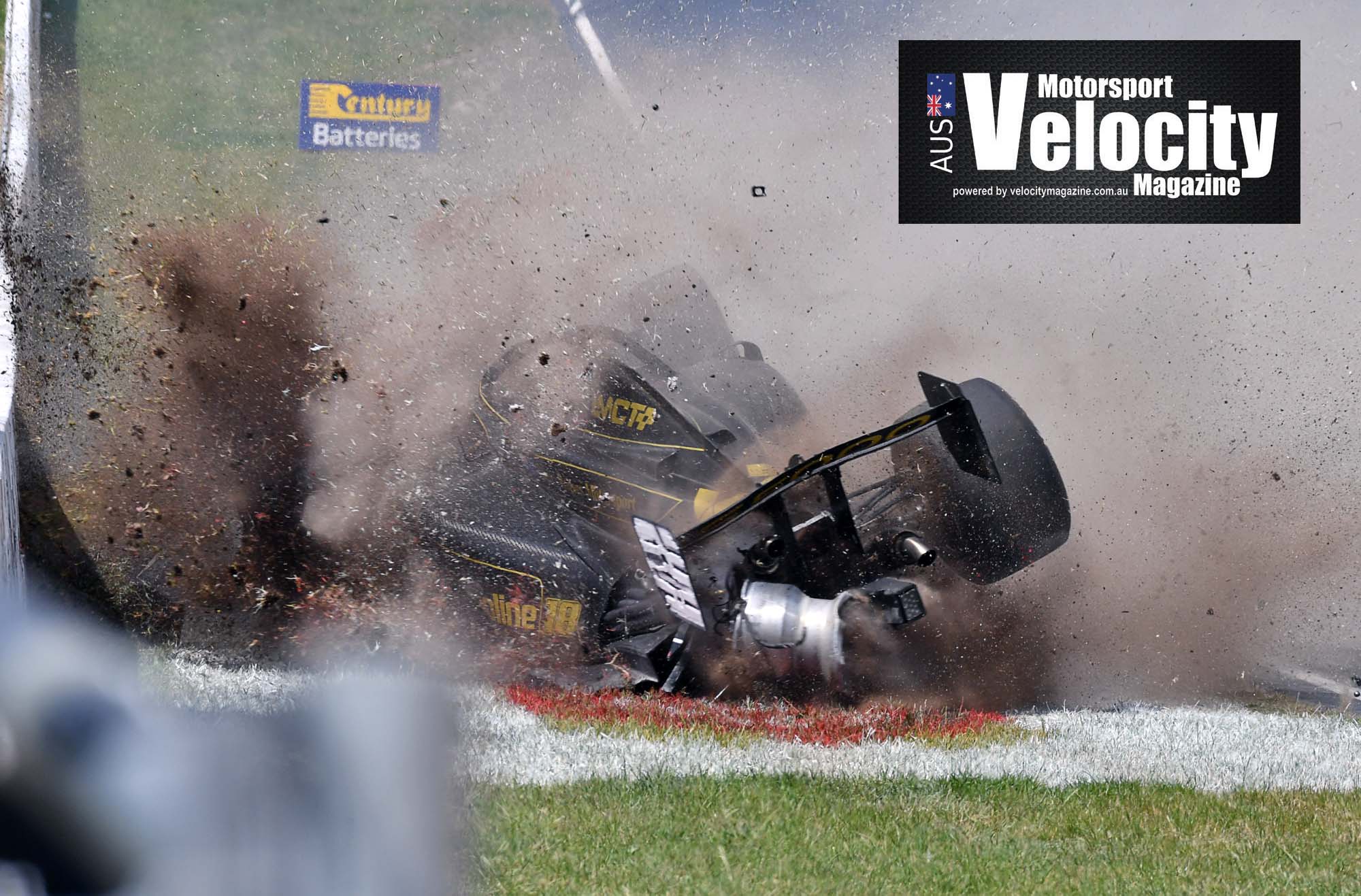 Touching wheels at around 290kmh is not the ideal way to approach The Chase at Mount Panorama, even more so when it is the final race of the Tasman Championship and you were leading the series. Having that contact tear your rear tyre from the rim and damage the brakes makes a bad situation immeasurably worse, especially when you are heading for the outside concrete wall with no way to stop.

That was the very scenario which faced GRM’s Aaron Cameron on the Sunday morning of the 2021 Repco Bathurst 1000. Cameron had led the series since the opening round at Sydney Motorsport Park and, despite increasing pressure from former F1 driver Roberto Mehri and teammate James Golding, Cameron was in the box seat as they lined up for the final race on Sunday morning.

SEE THE FULL SEQUENCE BELOW – ALL photos: Velocity Magazine

He stalled as the race began and dropped to the rear of the field. A messy pass on GRM’s third driver, Nathan Herne, then had the pair entrenched in the gravel trap at Turn 1 or Murrays Corner. Cameron was soon dragged from the edge of the sand and managed to get back on track without losing a lap. A quick visit to the pit lane for a new nose followed while officials extricated Herne’s car from deep within the trap.

The Safety Car finally left the circuit and the green flag waved at the commencement of Lap 4, with Cameron closing in on the rear of the pack at speed. He was soon behind Luis Leeds and looked for a passing move on the approach to The Chase.

That contact broke the contact between tyre and rim. The separated tyre then tore the rim from the suspension, damaging the brakes and leaving Cameron with little control of a car that was still travelling at somewhere in the region of 250kmh.

As the Leeds’ car speared into the infield trap with a buckled right front rim and wing damage, the Valvoline veered towards the concrete wall as the car spun out of control down the tarmac. The car pointed towards the concrete just prior to the inevitable impact and the deformable nose of the car took the brunt of the impact that followed.

The car recoiled from that initial contact and dug into the dirt. The car then sprung up like a coiled snake with a venomous intent, gyrating in the air as it speared along the wall with a second wind. It travelled some 75 more metres on the grass verge and then through the outside gravel trap, twice twisting onto its side and threatening to pile drive a helpless Cameron head first into the dirt.

It was somewhat miraculous that the car remained upright as it passed within a metre and a half of me at one stage breaching its nose above the wall like a Great White Shark, before dropping back down upon the gravel.

And then it finally came to a rest.

There was no movement in the cockpit for a moment as race official scampered towards the driver, then thankfully Cameron moved, perhaps momentarily disorientated as he waited for his heart to settle.

Aaron then climbed from the wreck, the tub and safety features still well in tact, and walked unaided to the medical vehicle.

The race was declared at 4 laps, well short of the scheduled 11 lap race distance and was recorded as a non-race, a Force Majeure.

That meant Aaron Cameron, despite a points penalty for his earlier incident with Nathan Herne, claimed the Tasman Series title and the $30,000 prize. 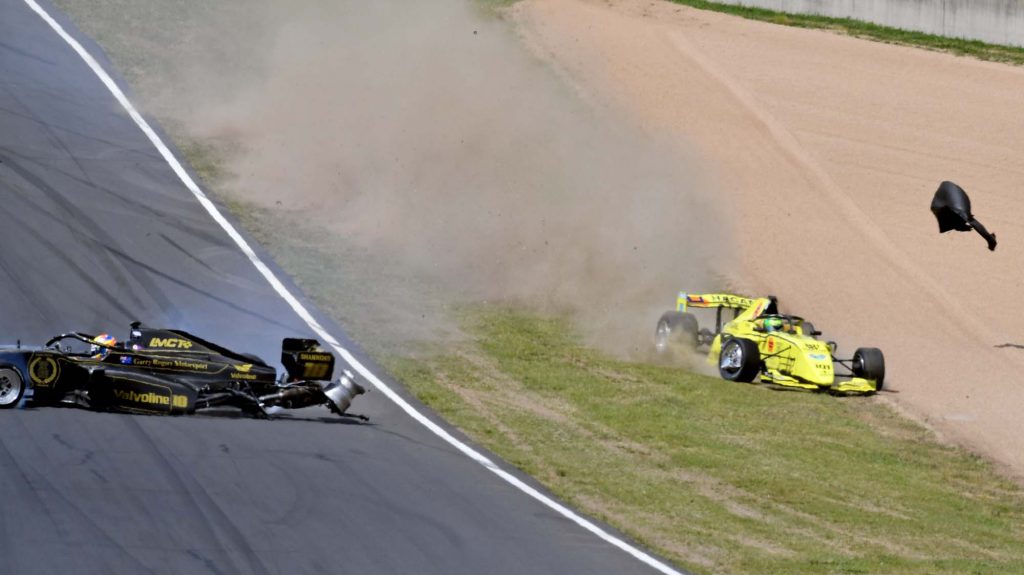 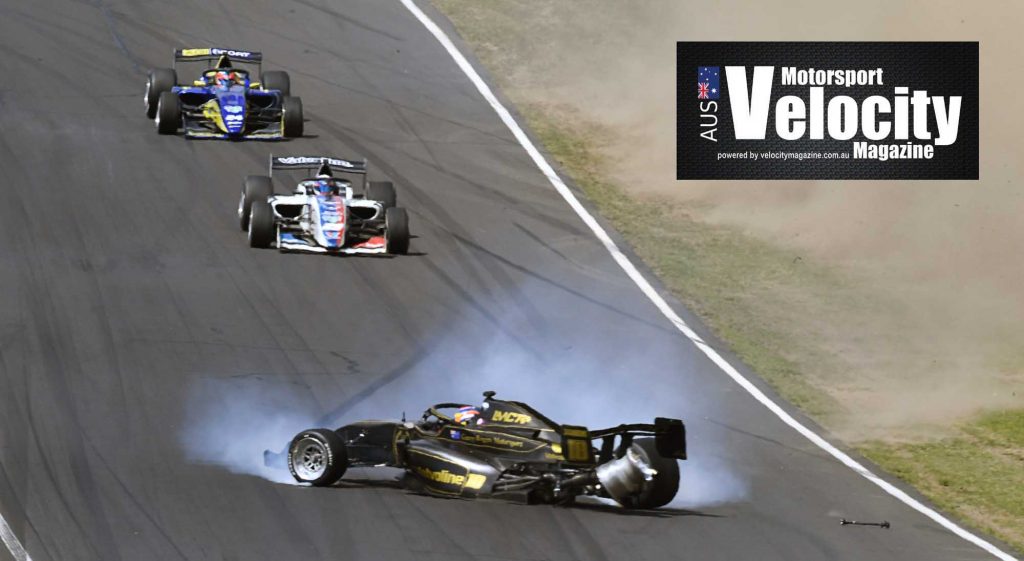 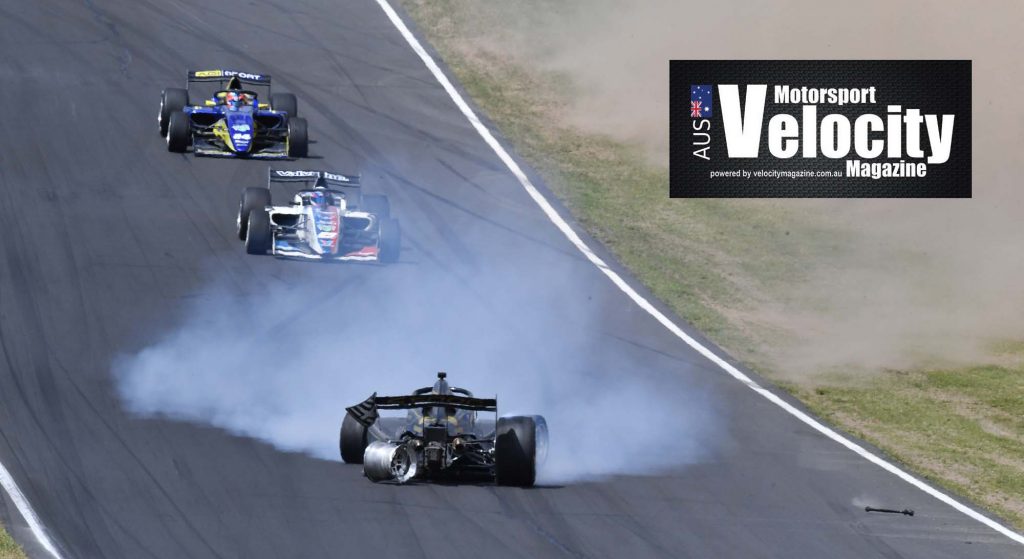 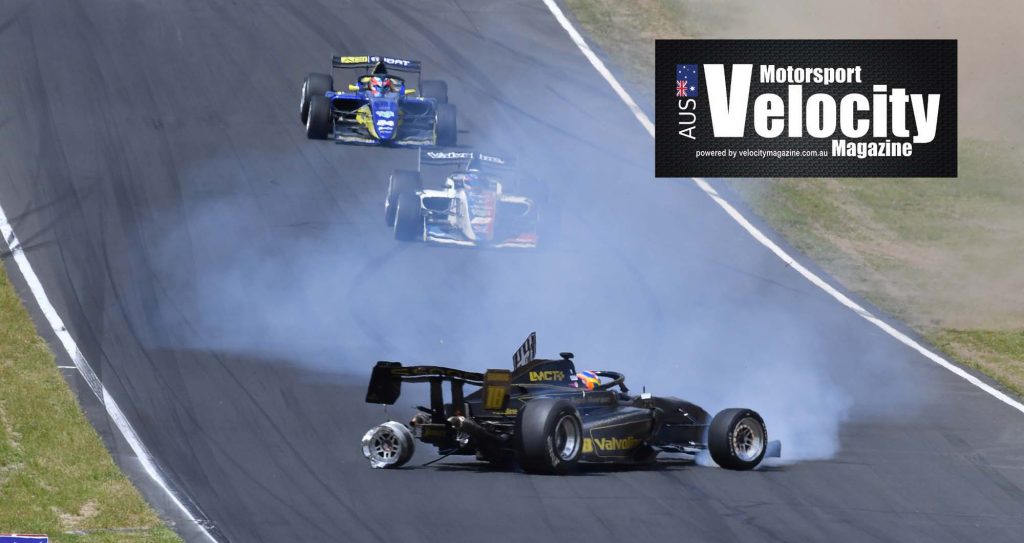 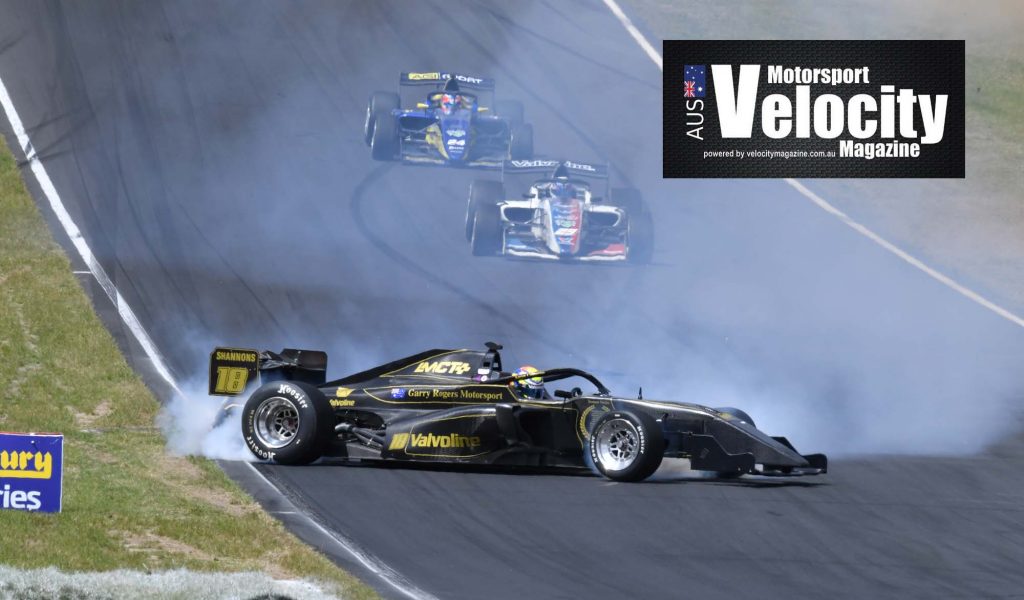 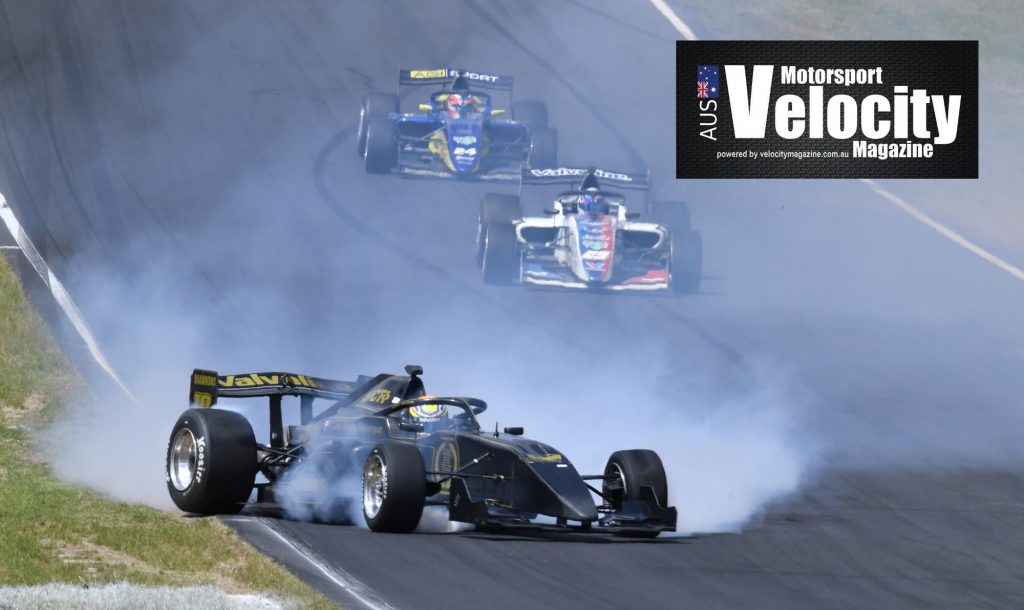 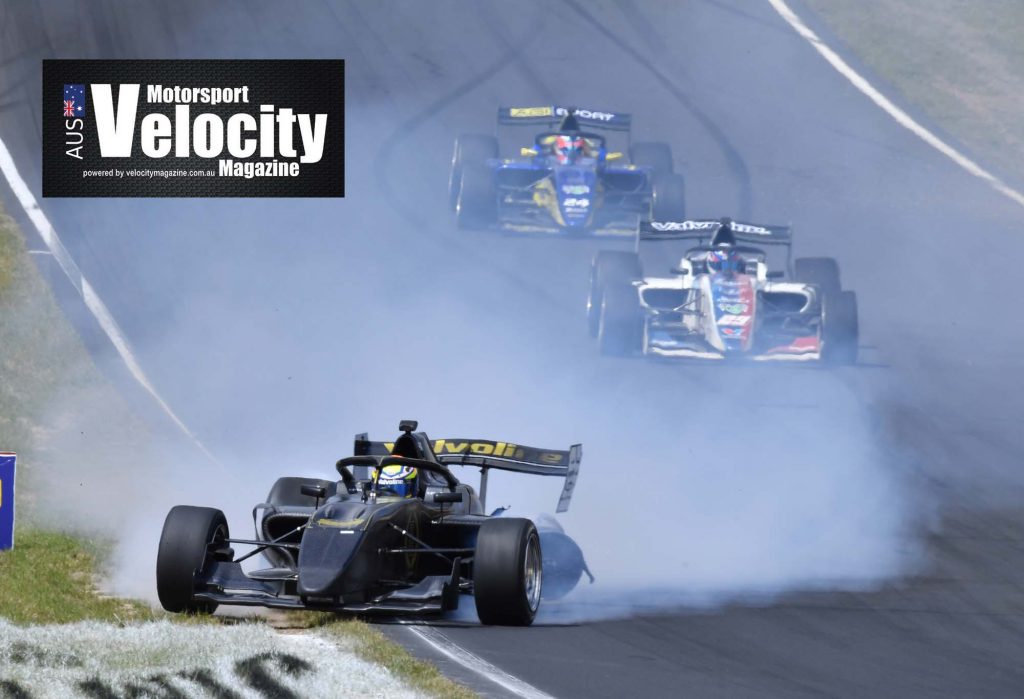 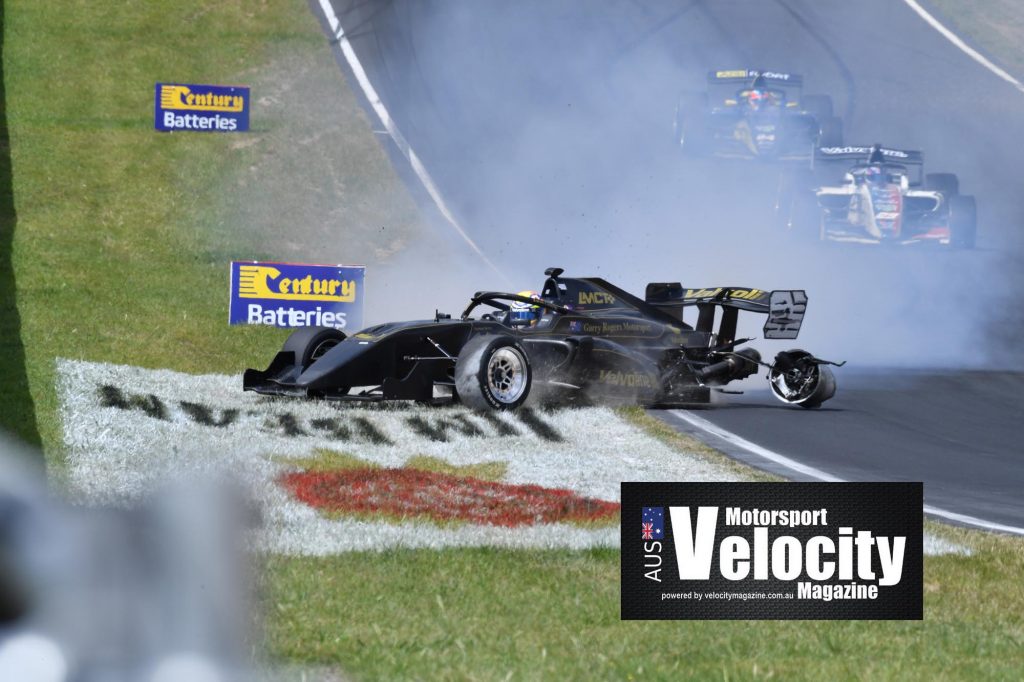 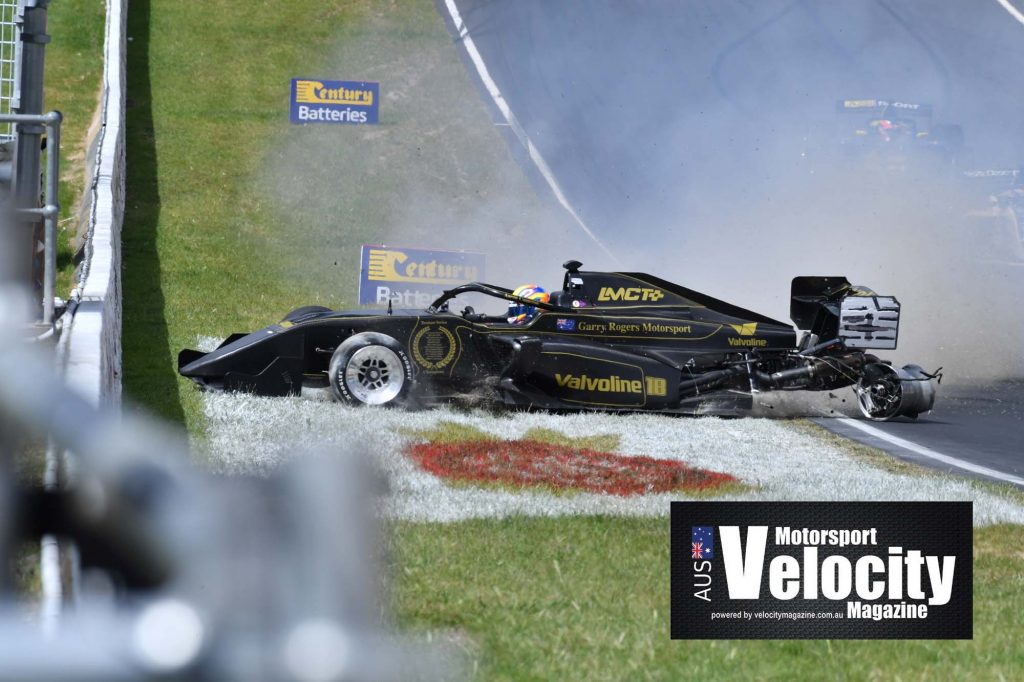 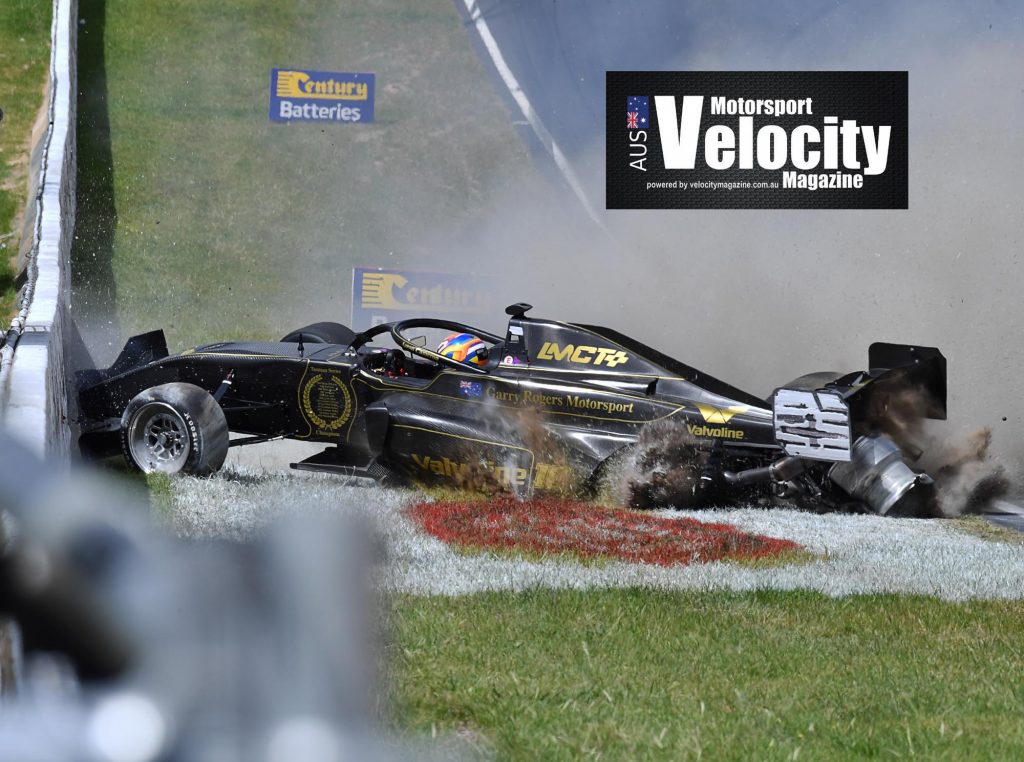 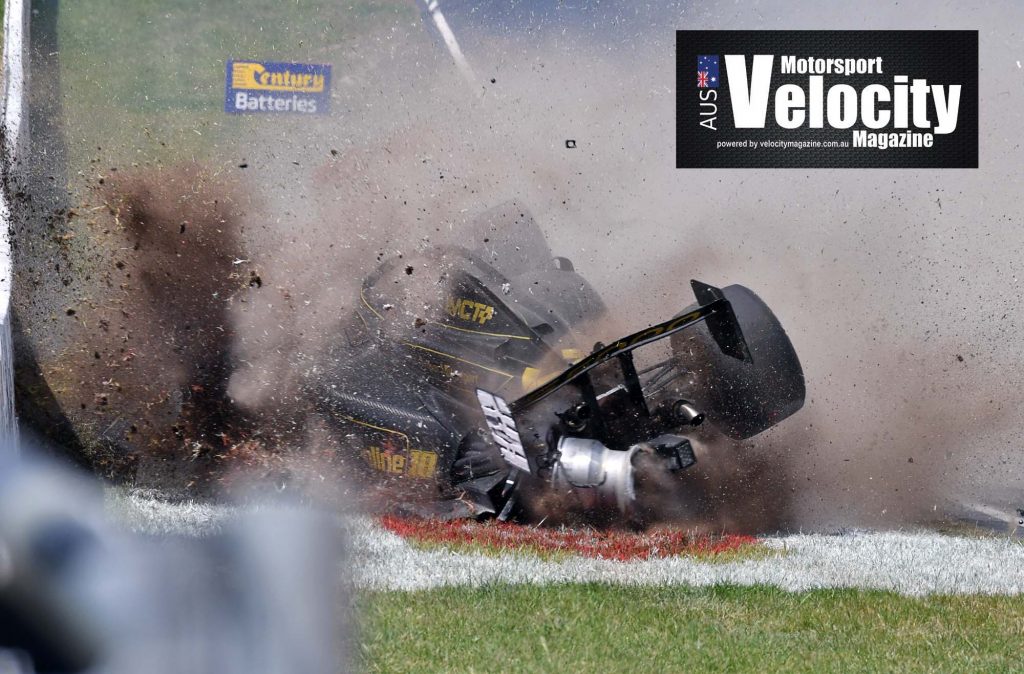 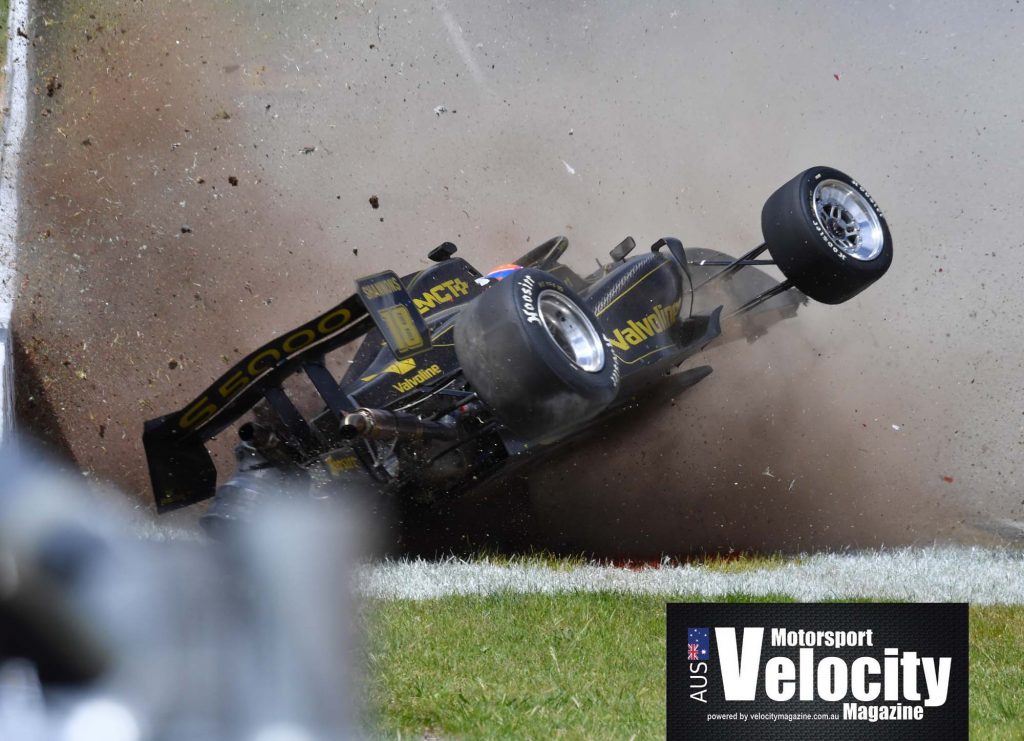 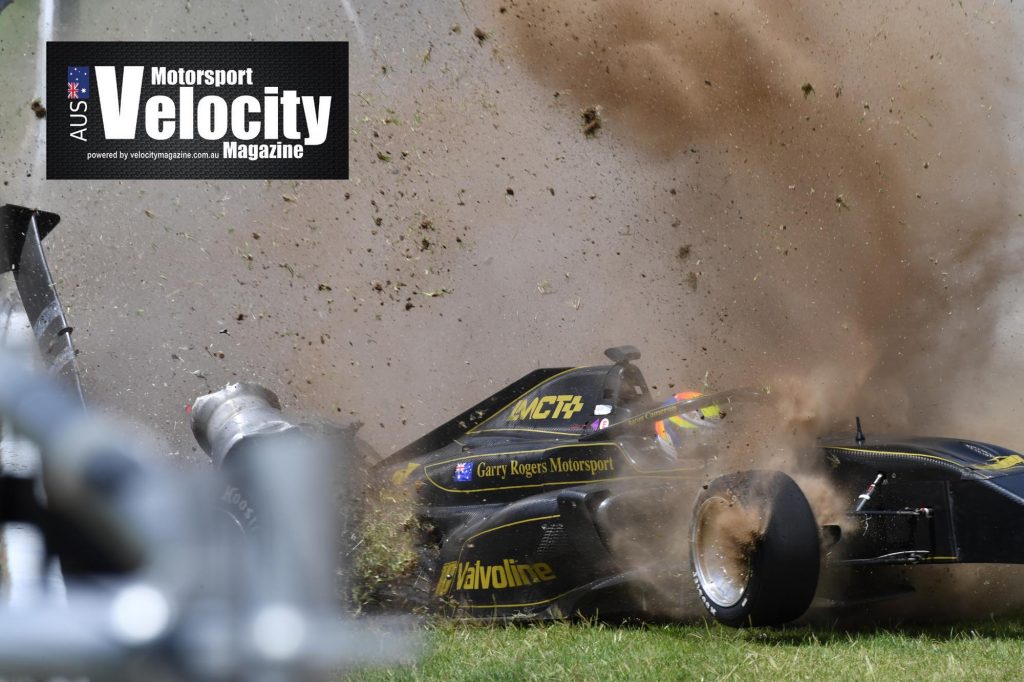 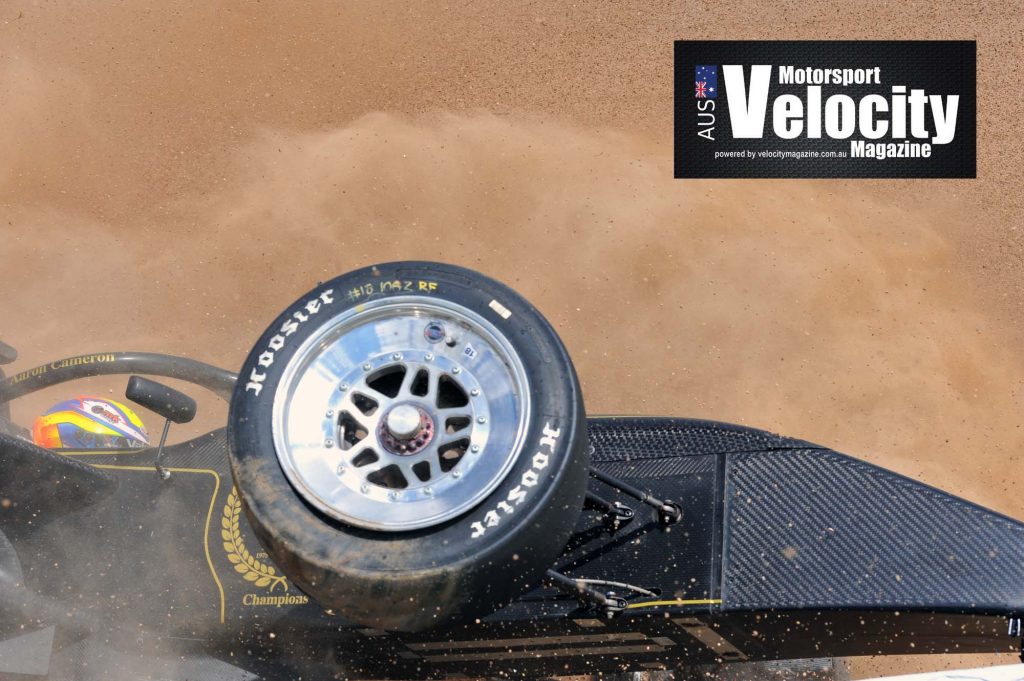 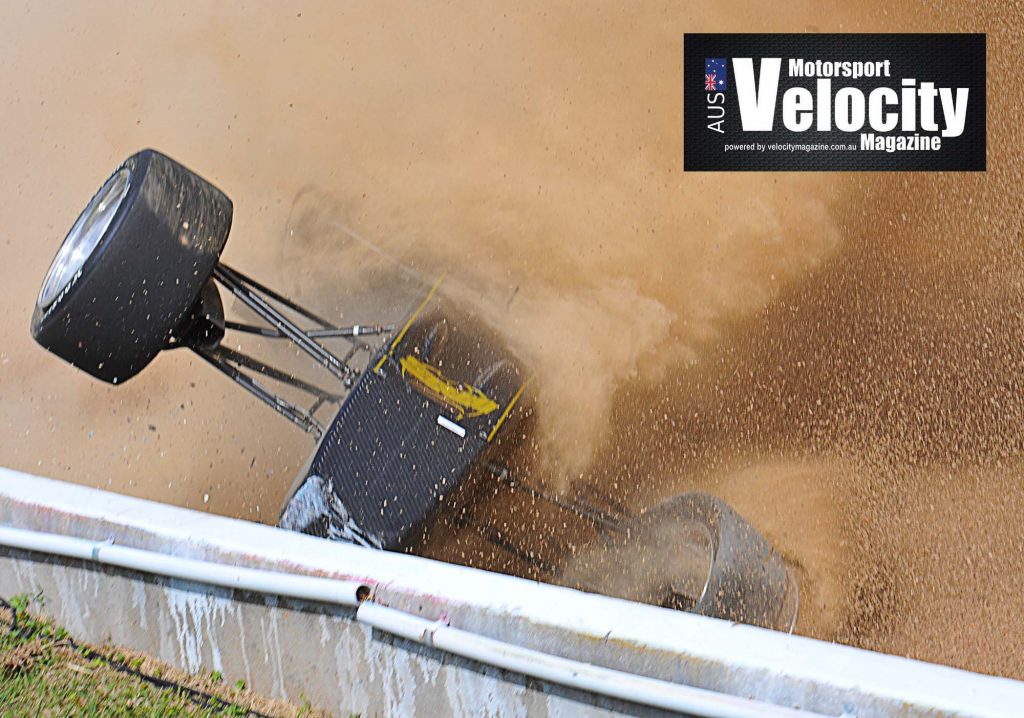 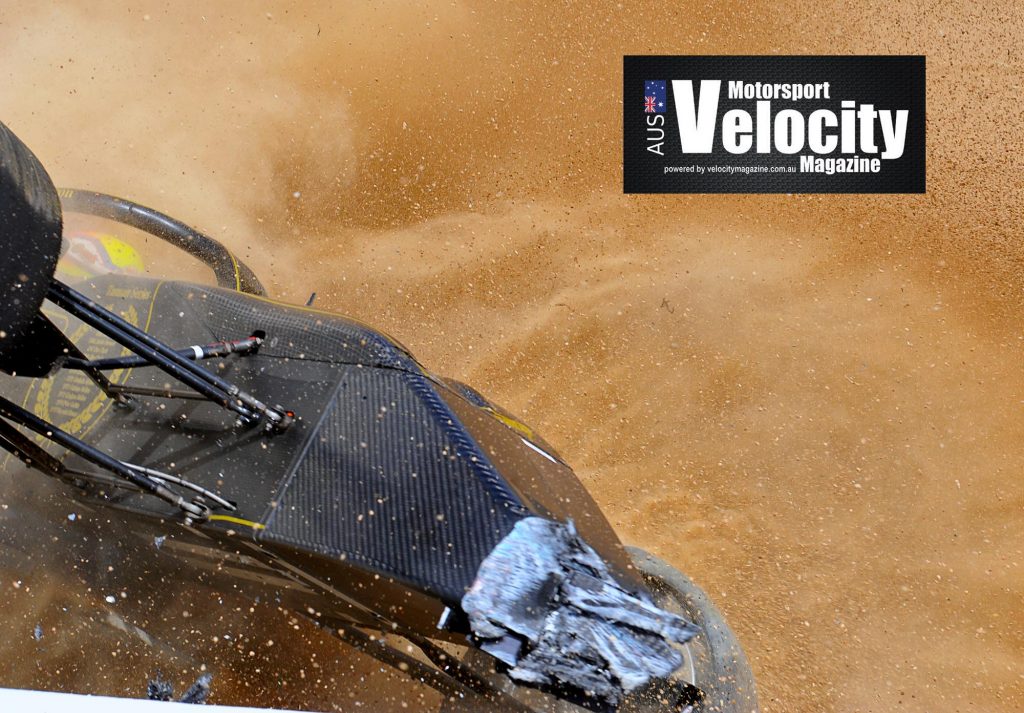 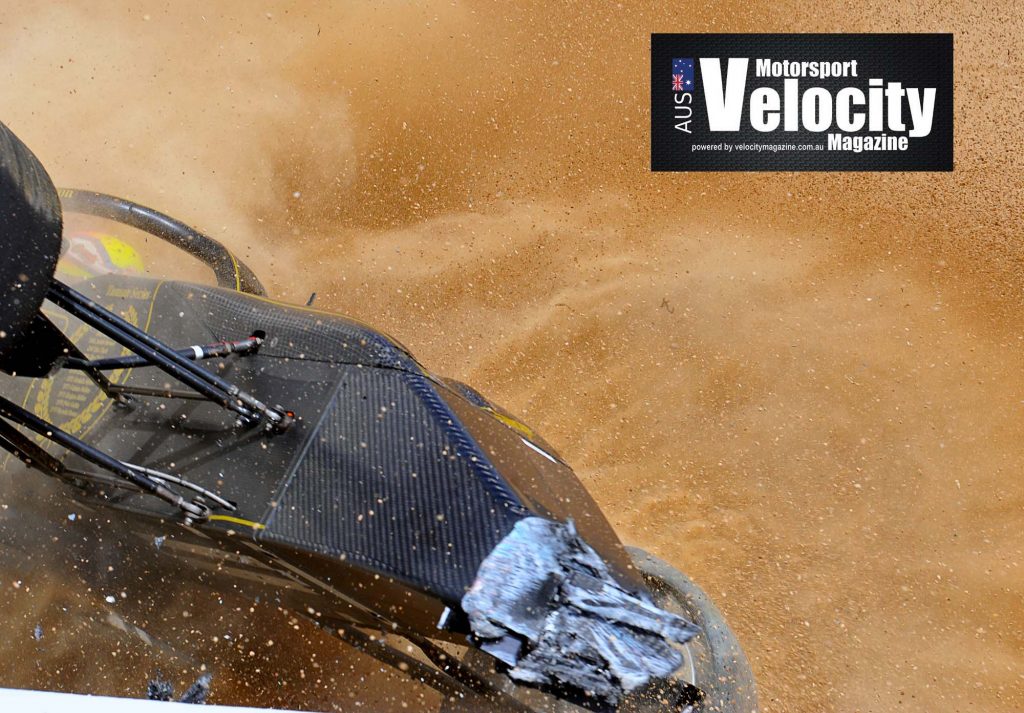 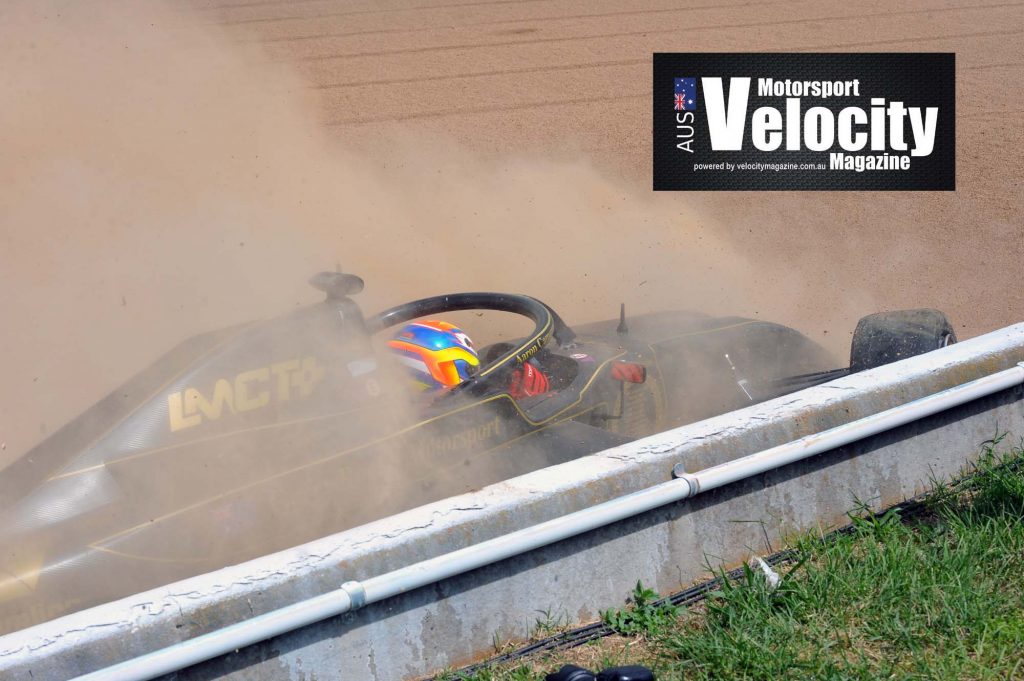 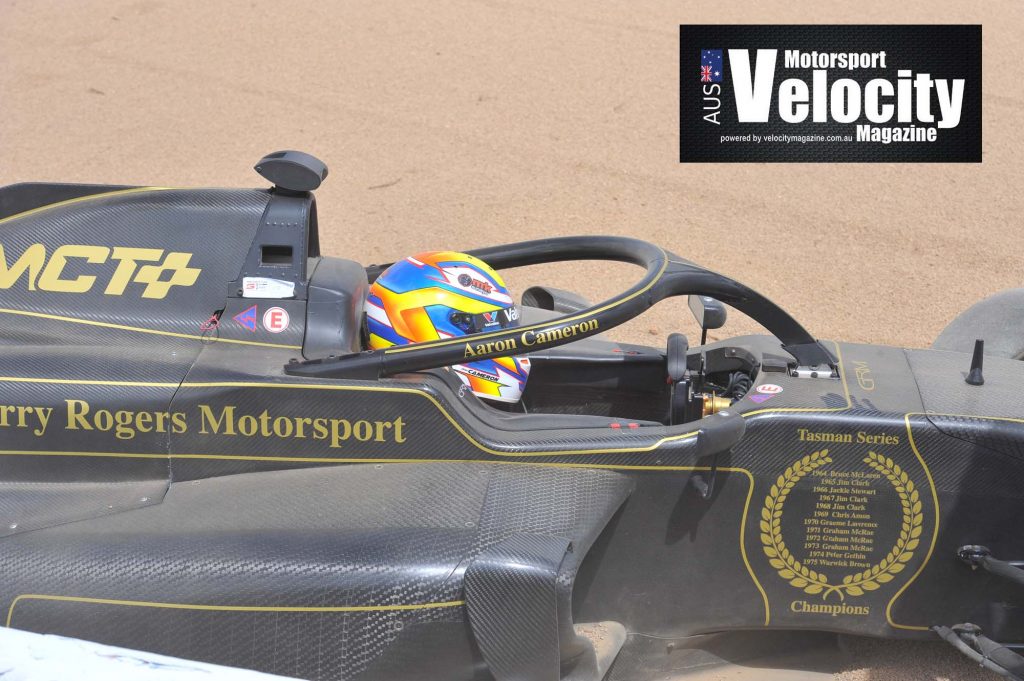 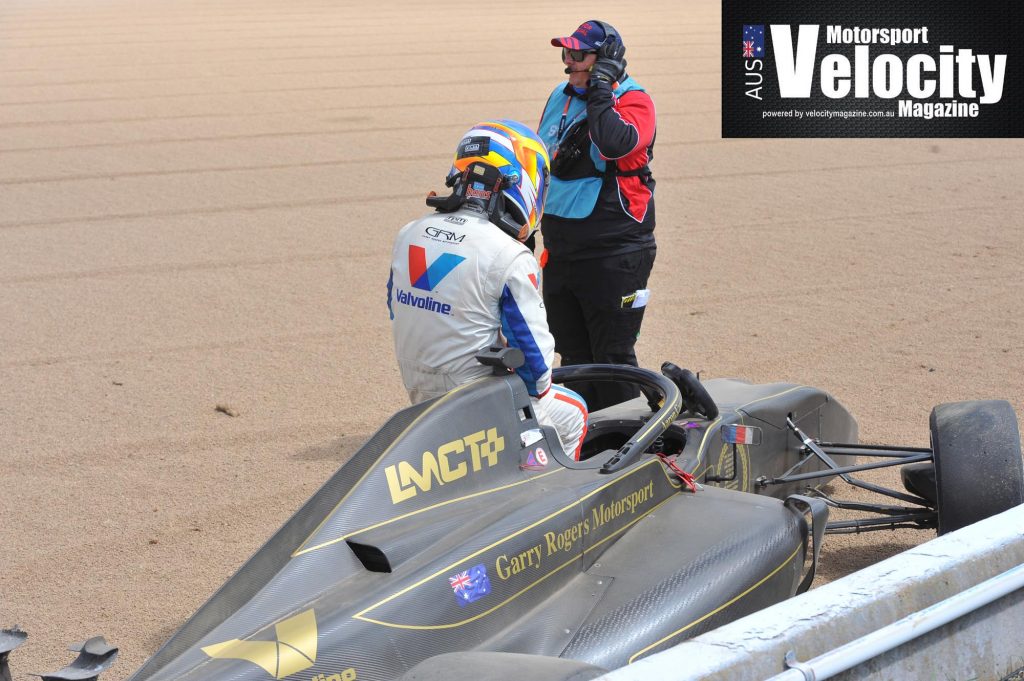 Welcome to the 2022 Australian F1 Grand Prix Photo Gallery, our images are from John…