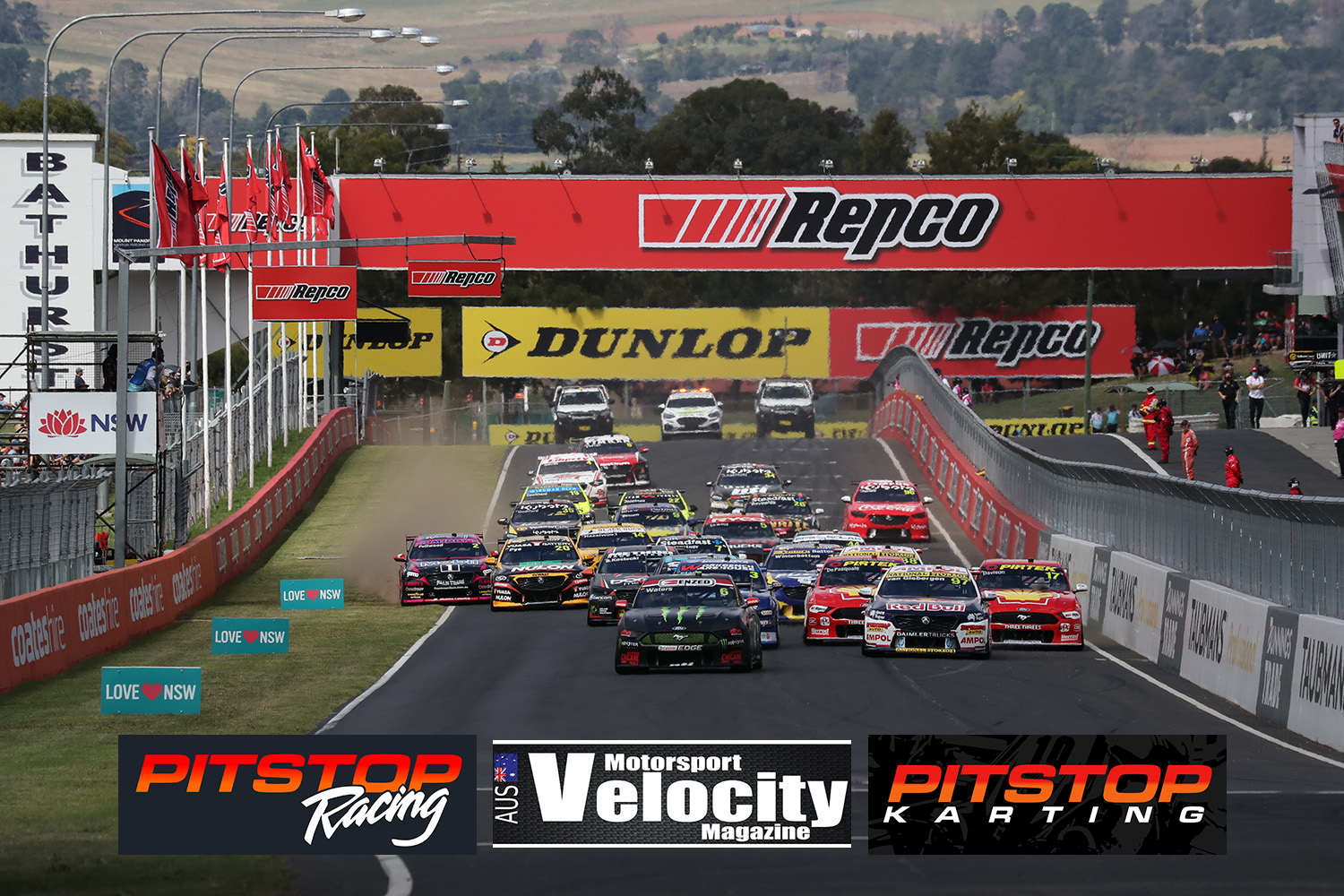 This year’s Repco Bathurst 1000 will run over six days at Mount Panorama as the final event of the 2021 Repco Supercars Championship.

The Bathurst Regional Council, Repco, Supercars and ARG have joined forces to combine Australasia’s leading categories for the biggest motorsport event ever staged in Australia.

The historic first will see Mount Panorama host six-days of on-track entertainment and racing between Tuesday November 30 and Sunday December 5.

This year’s Repco Bathurst 1000 will be the first Great Race to be staged in December.

Supercars and ARG will be working closely with NSW health authorities around COVID-safe measures and Public Health Order requirements to ensure the safety of all staff and patrons attending the event. 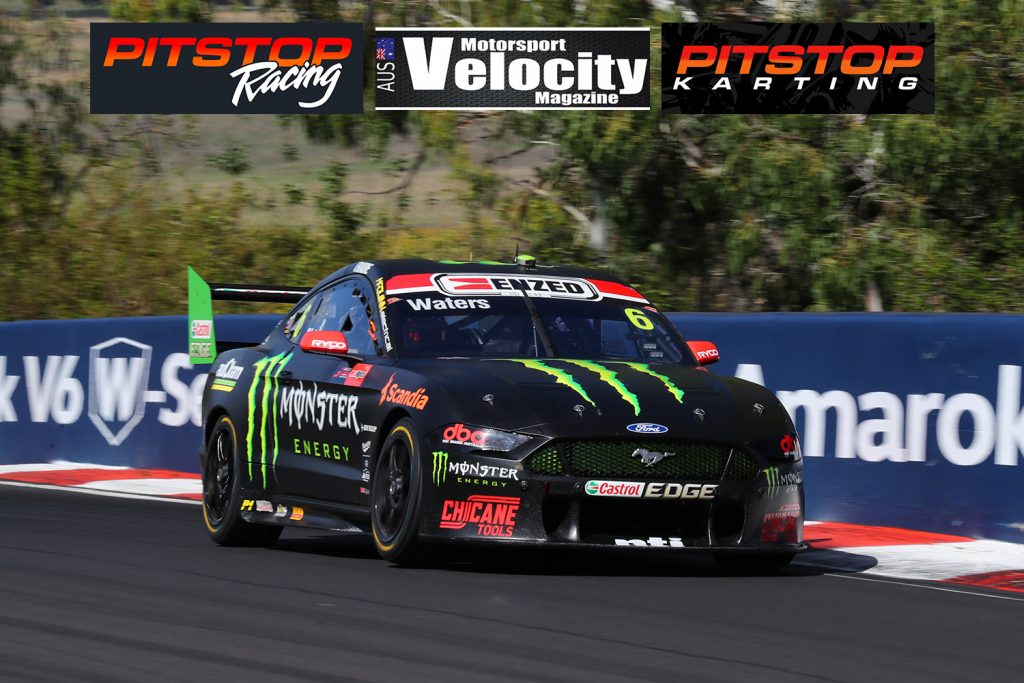 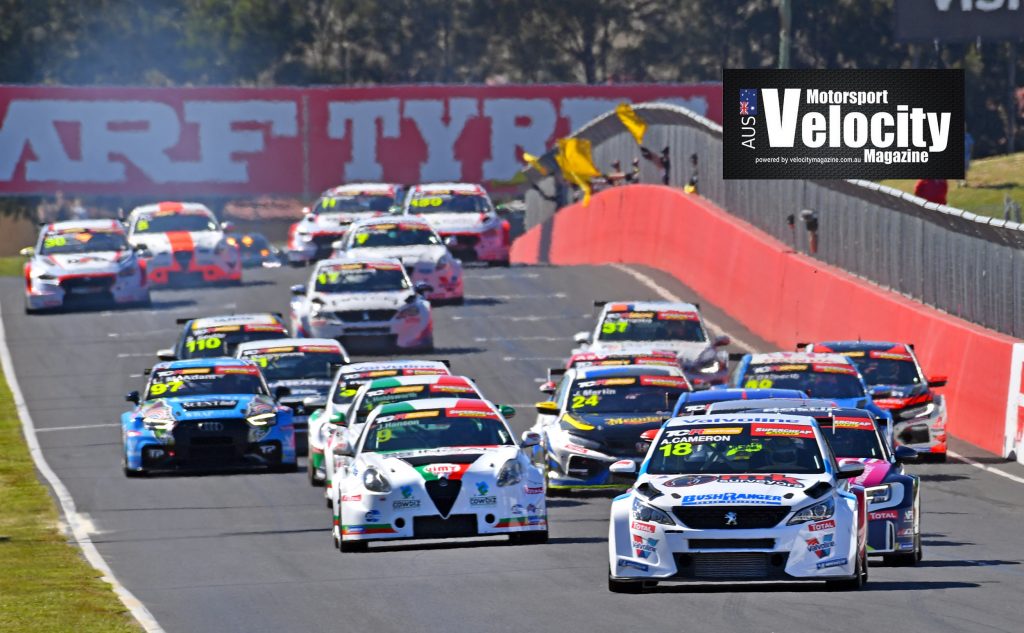 “I would like to thank the acting Mayor North, Rob Cameron at Repco and John McMellan at ARG for their collaboration over the past few weeks to put together what might be known as the best ever Repco Bathurst 1000,” Supercars CEO Sean Seamer said.

“It’s been a tough year for motorsport fans but we’re confident this is the recipe for the best possible end to the 2021 season.”

“It is very pleasing when everyone has the same goal which was to make the sport the priority and work collaboratively to deliver something special,” ARG Chairman John McMellan added.

“We need to acknowledge the role that all of our respective sponsors played in assisting to make this happen which is reflective of their passion for the sport.

“This event will be a great opportunity to grab the family, go camping in the fresh rural air of Bathurst whilst being entertained by a truly dynamic range of motorsport.”

NSW Minister for Jobs, Investment, Tourism and Western Sydney Stuart Ayres said: “We are all eager to get back to enjoying incredible sports events across NSW, which is why it’s so important that our community keeps pushing forward with our outstanding vaccination effort.

“Motorsport has a spiritual home in Bathurst and there’s no doubt that fans love to watch racing unfold at Mount Panorama, be it in person or on the national broadcast.”

Mayor of Bathurst, Ian North added: “The events, over six days, will be something not seen before at the Mount and will be a great way to see racing return to Bathurst in 2021. 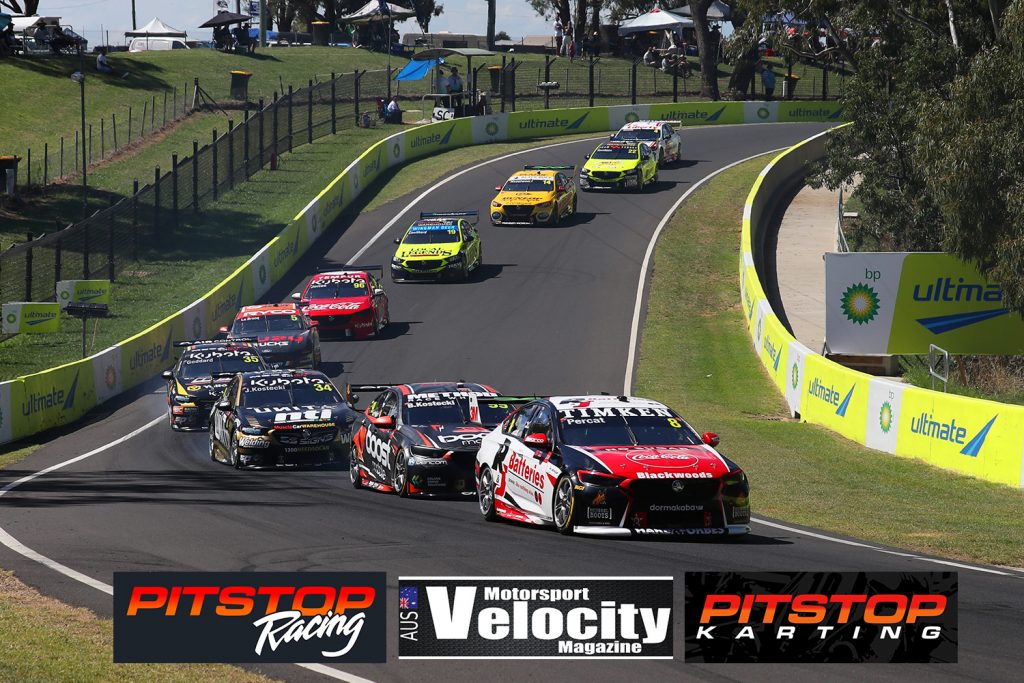 “We look forward to being able to welcome the teams, drivers and fans back to Mount Panorama for what will be a festival of motorsport.”

Rob Cameron, Managing Director & CEO of Repco said: “The Repco crew across Australia and New Zealand are so excited to bring fans a true celebration of motorsport.

“In a year that has been so challenging for the sport we love I want to thank the team at Supercars and ARG for putting fans first and working collaboratively with us to ensure we can put on a world class event.

“For us – Bathurst is more than a race, it’s a symbol of everything we all love about the sport, and we can’t wait to bring this event to the fans.”

Supercars and ARG will be working closely with NSW health authorities around COVID-safe measures and Public Health Order requirements to ensure the safety of all staff and patrons attending the event.

The event will become the finale of the 2021 Repco Supercars Championship as part of the latest revision of the draft calendar.

Discussions are ongoing with various stakeholders on the four other events that are due to feature on the calendar prior to the Repco Bathurst 1000.

Ticketing information will be communicated to current ticket-holders by Supercars over coming days. Further ticketing opportunities are available via Supercars.com and Ticketek.

Full broadcast details for the remaining events of the Repco Supercars Championship will be announced in coming weeks.

”There could be no better outcome from it all,” said Moffat.

“It’s been a challenging time for everyone, not just the motorsport industry. To have everything join forces in one big event is a great result.

“Plans have changed multiple times, so creating this super event is a good outcome for everyone involved, especially most importantly for the fans, who will have all these great categories to watch across an exciting six days of action.

”It will be a spectacular way to finish off the year at Australia’s most prestigious event at this country’s best circuit.

“Hopefully people embrace it and get right behind it.” 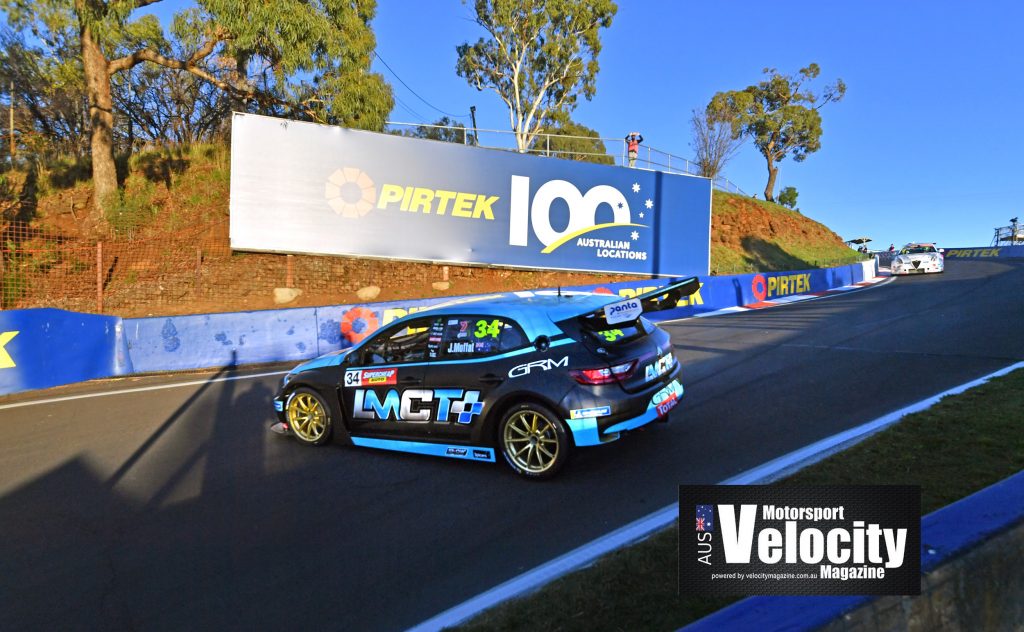 “I’m absolutely stoked that TCR gets to race on the biggest motorsport weekend in Australia,” said Morcom.

“It’s been a long-time coming and I think everyone will be keen to see our two-litre, turbocharged hot hatches race door-to-door around the best track in Australia, alongside all of the other big categories.

“I’m really looking forward to hitting the track running, it’s been a while since we’ve been out on the track.

“Our cars are turbocharged, two-litre pocket rockets, but don’t hold anything against them. We produce the best racing in Australia, especially door-to-door and I think not everyone has come out to experience it yet in person, so it’ll be good to show that at Australian motorsport’s biggest weekend, that’s for sure. 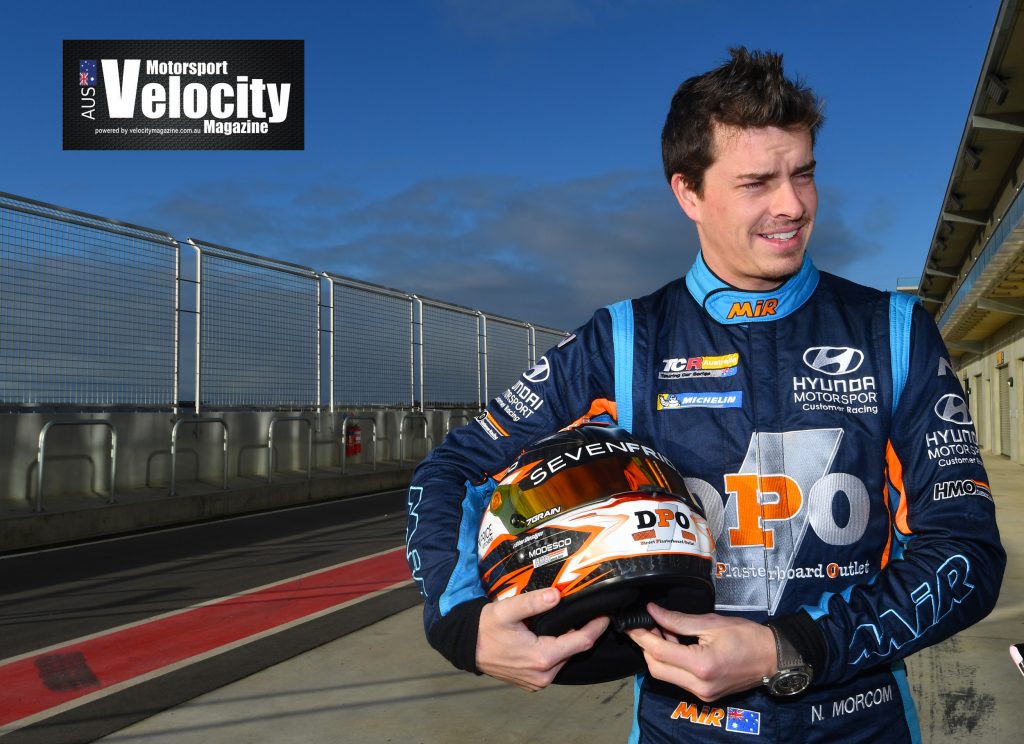 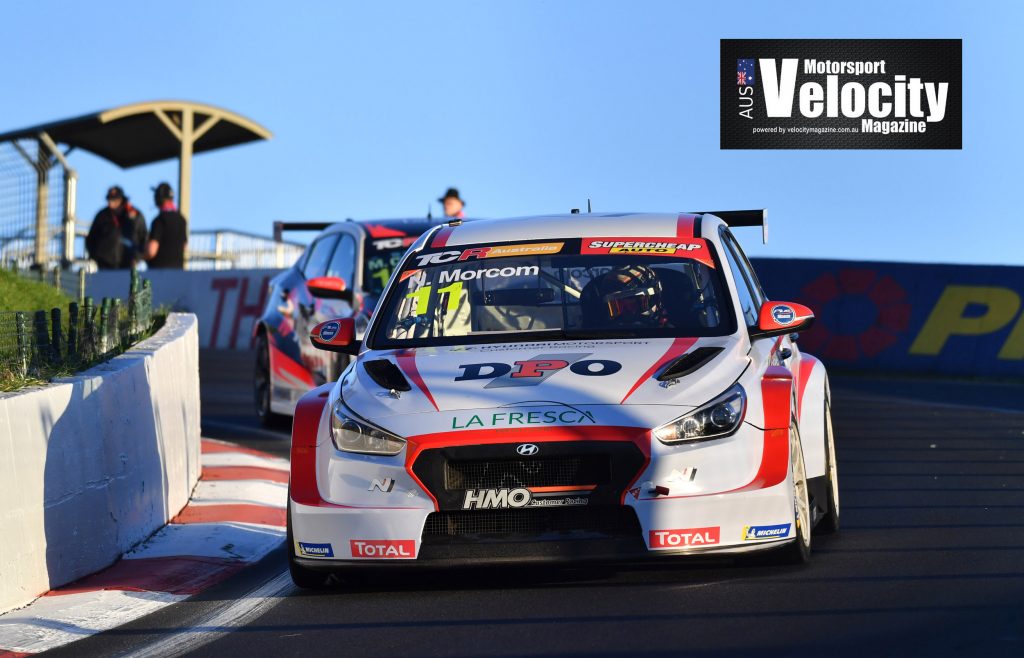 Nathan Herne-Trans Am and S5000 driver

“It’s going to be a massive festival for motorsport junkies to come in and get their adrenaline fix that we’ve been missing out on for the whole year,” said Herne.

“Every form of motorsport is catered for there – two-litre TCRs, Trans Am’s the new kid on the block with the next generation of muscle cars and S5000 debuting at Australia’s toughest circuit, which is going to be something to watch.

“Trans Am is a class that is growing rapidly, but being part of this six-day Bathurst festival it will be a big moment for the category.

“I think it will skyrocket the interest in Trans Am. It’s an awesome category, the way the cars move around and they’re such basic, simple things it just relates to the general public. They want to see underdogs come through and Trans Am is definitely not short of those.

“And S5000 is definitely going to be a drawcard. Big banger, V8-powered open-wheelers racing around Bathurst is a drawcard in itself and I think a lot of people will be coming to just watch S5000.

I predict there will be some very fast lap times and pretty good racing around the Mountain. Across the top there might be some aero wash following each other, but there’s two long straights to slipstream behind.

“It will be a pretty cool track and car combo, that’s for sure.” 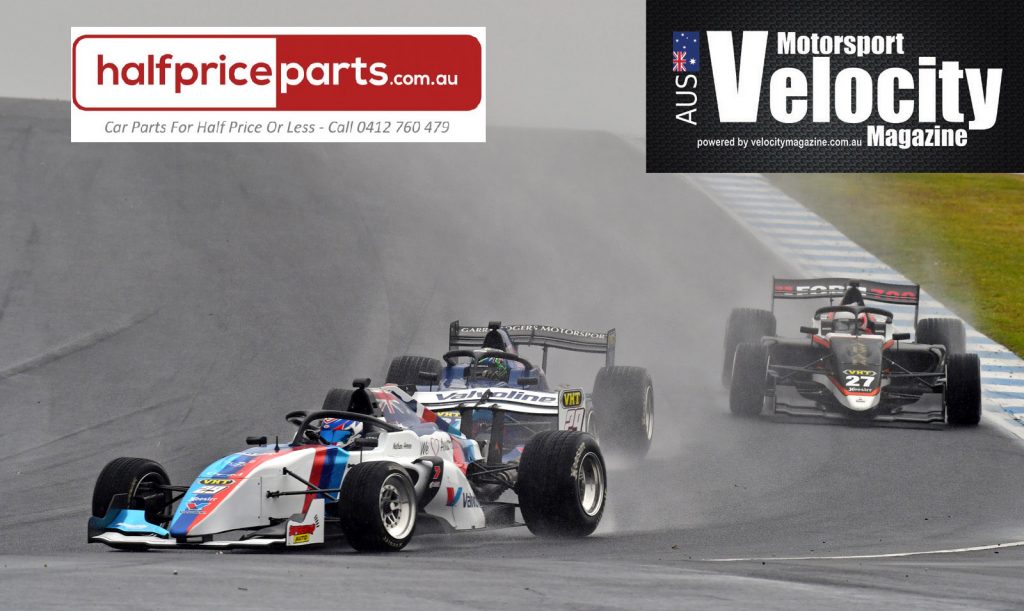 “This major event at Bathurst is going to be one of the biggest spectacles ever seen in Australian motorsport, and it is a credit to all parties for putting the sport first,” said Matt Braid.

“There’s no doubt these are difficult times we live in, so to have this come together with the cooperation of Supercars to benefit all our competitors, commercial partners and most importantly, the fans, it’s a huge win for all.

“And there’s no better place to hold the grandest of finales to the 2021 motorsport season than at Mount Panorama.

“ARG would like to thank Benjamin Ward and his team at Supercheap Auto for their flexibility, as well as the Bathurst Regional Council for their ongoing support and desire to make this event happen.”

“Supercheap Auto is pleased to work with the stakeholders that will see an unparalleled number of classes competing at Bathurst.

“We understand the challenges the motorsport community have faced this year and a spectacle like this brings all categories together and is great for the sport and fan base.

“Supercheap Auto have a proud history at Bathurst and we look forward to reuniting with our fans at the mountain and crowning our 2021 Supercheap Auto TCR Series champion.”