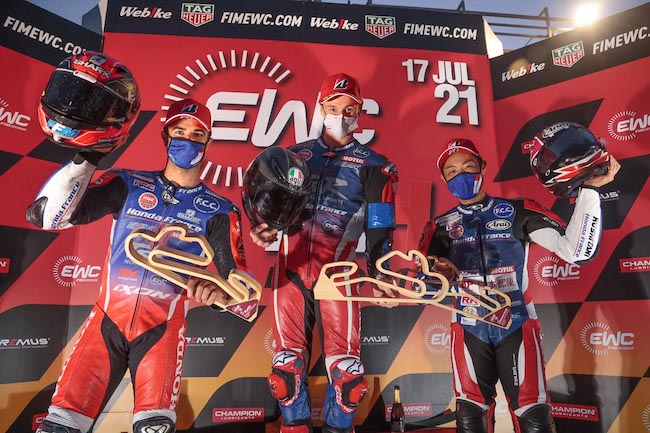 Over the July 17 and 18 weekend, Honda racing teams showcased how this collaboration with the French oil manufacturer has resulted in amazing results. F.C.C. TSR Honda France took their first win of the FIM Endurance World Championship 2021 season at the 12 Hours of Estoril in Portugal. Similarly, Motul-powered Team HRC secured the overall victory at MXGP of The Netherlands. It was an incredible weekend to celebrate for Motul, helping Honda achieve success across multiple championships.

The FIM EWC witnessed spectacular racing as the series shifted to the famous Cicuito do Esotril on the Portuguese Riviera. Notwithstanding some of the hottest temperatures of the year, F.C.C. TSR Honda France rose to the occasion and secured an emphatic win. Honda’s collaboration with Motul over the last few decades has led to the development of the Motul 300V Factory Line Racing Kit Oil 2376H 0W-30 ESTER Core®, engineered specifically for the CBR1000RR engine. The Honda EWC bike has proved to be highly compatible with this lubricant, delivering superior power output without compromising reliability. The 300V lubricant helped keep the CBR1000RR-R Fireblade SP reliable for more than 400 laps. The other Motul-powered Honda team, National Motos, was able to take a well-deserved podium finish in the Superstock class. They were also awarded the Dunlop Independent Trophy for a second race running. The strong results of both Honda teams was a testament to the performance the Motul 300V can deliver. 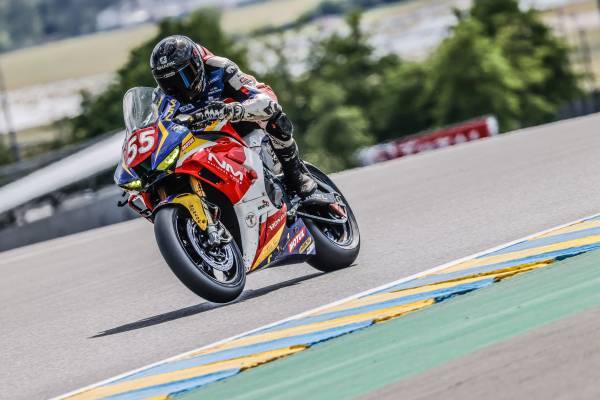 The fourth round of the FIM MXGP in The Netherlands took place in Oss on Sunday. Tim Gasjer from Team HRC went into the weekend as the championship leader. Motul has enjoyed a fruitful partnership with Team HRC, providing them with lubricants for the highly demanding Motocross competition and achieving championship success over the previous years. Team HRC’s CRF450RW uses the Motul 300V Factory Line Off Road 5W-40 4T to ensure high performance and reliability throughout the race. The lubricant is able to perform at high RPM levels and protects the bike engine from shocks and stress experienced in the dirt racing competition. Tim Gasjer achieved P3 in the first race and P2 in the second race, awarding him the overall victory for the weekend and extending his championship lead.

Motul’s association with Honda is the perfect example of the French company’s philosophy of developing and testing products in a racing application before making it available to a wider customer base. The high performance characteristic of the 300V has been detrimental to the championship success the lubricant has been able to attain for so many years, powering numerous teams to victory. Motul continues to work with OEMs to improve and innovate their products, providing the best results for their customers. The Honda teams’ achievements over the third weekend of July proved once again how well Motul 300V works to provide performance.