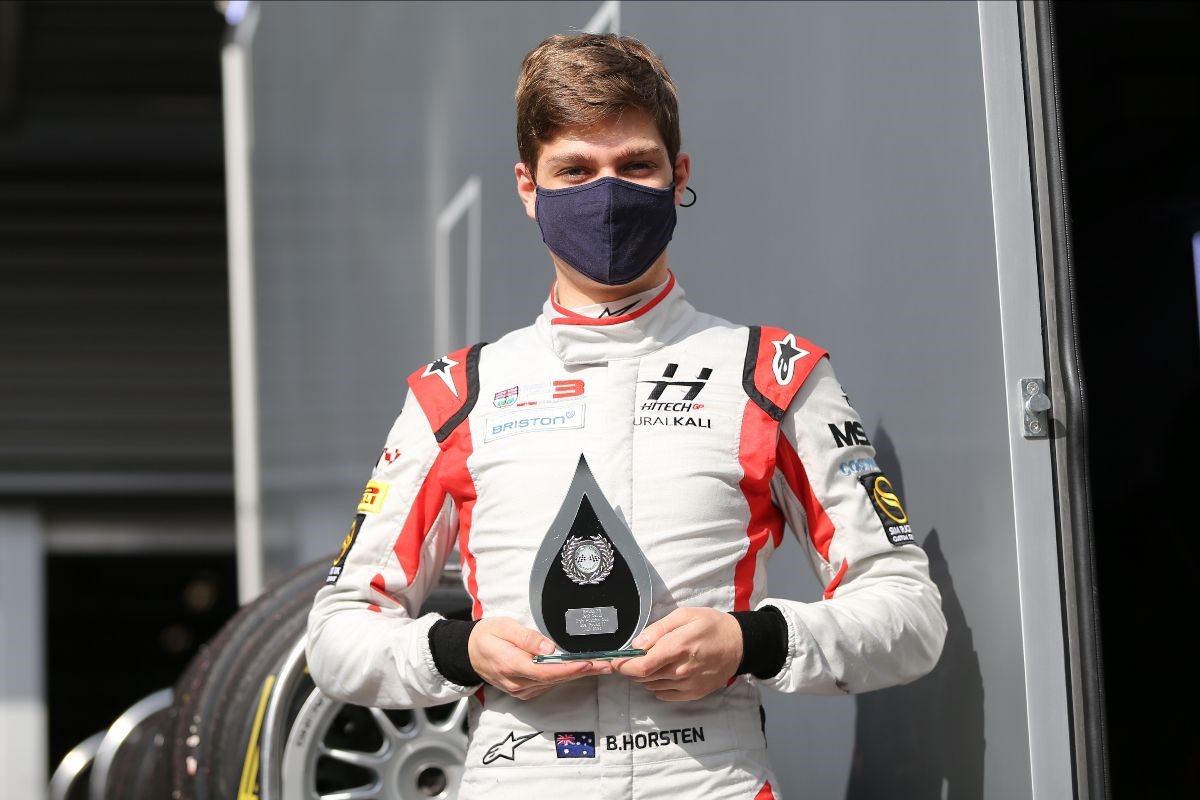 Australian racer Bart Horsten scorched his way to a stunning pair of maiden pole positions in the BRDC British F3 Championship’s visit to Spa-Francorchamps (23-25 July), narrowly missing out on podium finishes after a spirited performance.

After threatening a visit to the top step of the podium with his pace in the opening three meetings of the season, Horsten’s first visit to the famous Belgian circuit offered a piece of personal history as he finally converted that speed into topping qualifying for the first time.

The teenage talent entered the weekend in the Ardennes with intent to climb the championship table, and he spent Friday’s trio of free practice sessions building knowledge of the 4.3-mile circuit ahead of a crucial qualifying session in the afternoon.

The 19-year-old, backed by The Web Guys, Time and More UK with Briston Watches and Sim Rigs UK, saved his best for that 25-minute qualifying outing, clocking a lap time of 2m 19.311s in the final moments to leap to the top of the times and confirm his maiden pole position in BRDC British F3 – with his second best effort immediately afterwards enough to grab pole for race two also.

Saturday brought with it the threat of rain, and all cars were forced to start on wet tyres for the opening race of the weekend. As the lights went out, pole man Horsten’s Hitech GP car did not enjoy the grip desired for the drying conditions, although he fought hard to maintain his lead through Eau Rouge and Raidillon. 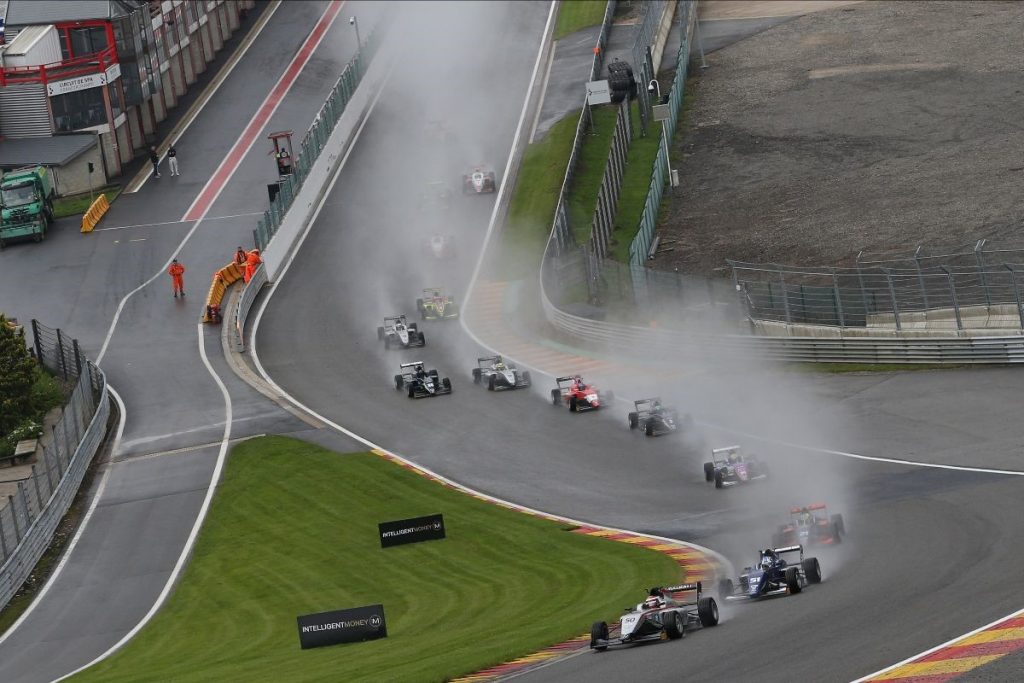 Dropping to third at Les Combes against the disadvantage of no slipstream, Horsten fought against his lack of grip valiantly on his way to a valuable fifth place, securing another strong haul of points in a race where many of his rivals also struggled for performance in greasy conditions.

A set-up change and better conditions made for a much more competitive experience for Horsten in race two later in the day. Another strong start ensured he held onto his lead in the opening laps, despite the disadvantage of used tyres on his Hitech machine. Losing out in the slipstream, he tailed the race leader for much of the race until degrading tyres put him in the hands of both Carlin cars.

Again victim to the tow, he fought off Christian Mansell until the final lap for third but could not hang on to the final spot on the podium, finishing just over 3 seconds adrift of the winner after a fighting effort.

The EP Warmfloor, Carl Ford Accountancy and Kapow! Your Personal Brand and Business Coach-backed driver started the final race from the back with the reverse grid in place.

What followed was a frenetic first lap that ended with Horsten playing catch-up after being eased wide exiting the Les Combes complex despite initial good progress. He was soon charging back up the order as cars jostled for track position in a tense race, sealing ninth place by the chequered flag to cap off his maiden Spa voyage. 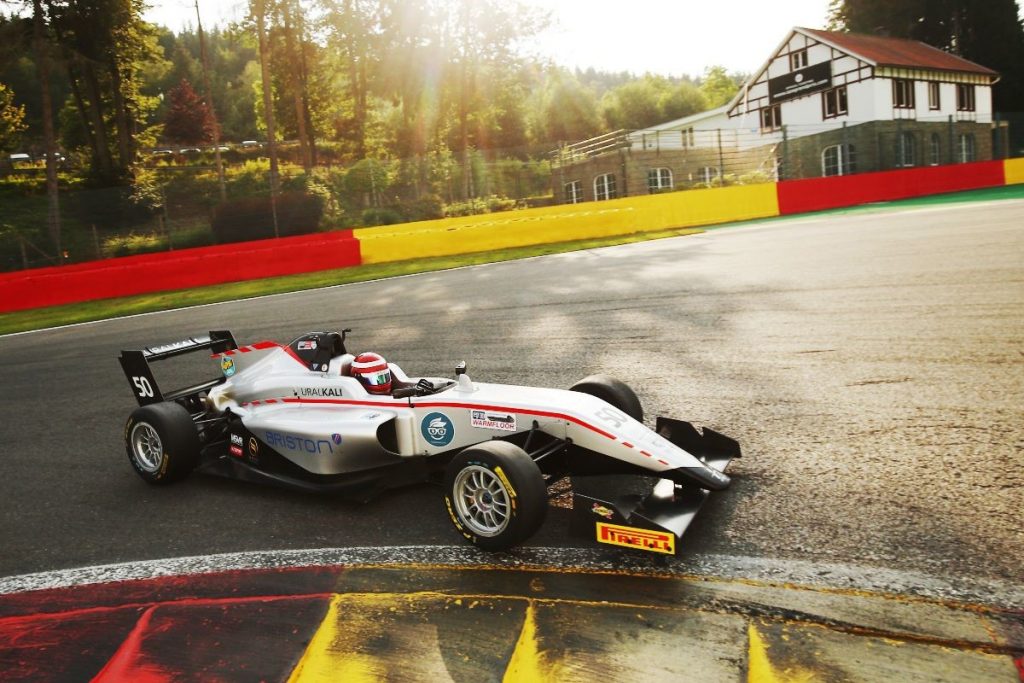 Bart Horsten: “It’s a great feeling to drive a car around Spa, and qualifying was a very good session for us. We made a few changes to the car from practice just to get it in the direction I wanted. It wasn’t absolutely perfect but much better, and I was actually surprised to come in with pole position as I felt there was more on the table for me. The car was good all day, and I made it count on those two laps.

“Not the best race one – I thought I would have more grip than I did, and I think we maybe made the wrong call with the car for the conditions which put us on the back foot. Still, despite the struggle, we knew what to change and it wasn’t the worst result at all.

“Race two was another tricky one for different reasons; I held the lead early on which was good on my part, but I don’t think we quite had the pace of the cars around us who all had two newer tyres than what we were running following qualifying. We were only slightly off, so at another track we could have held position I think.

“We got caught in the pack in the last race and had to avoid a lot of people, so it became damage limitation. We found speed and this weekend showed again that we’re very fast. Hopefully we’ll kick on with some strong results in the second half of the season.”

Horsten returns to BRDC British F3 action in a couple of weeks time (7/8 August), when the series is back in the UK and the Snetterton circuit in Norfolk.