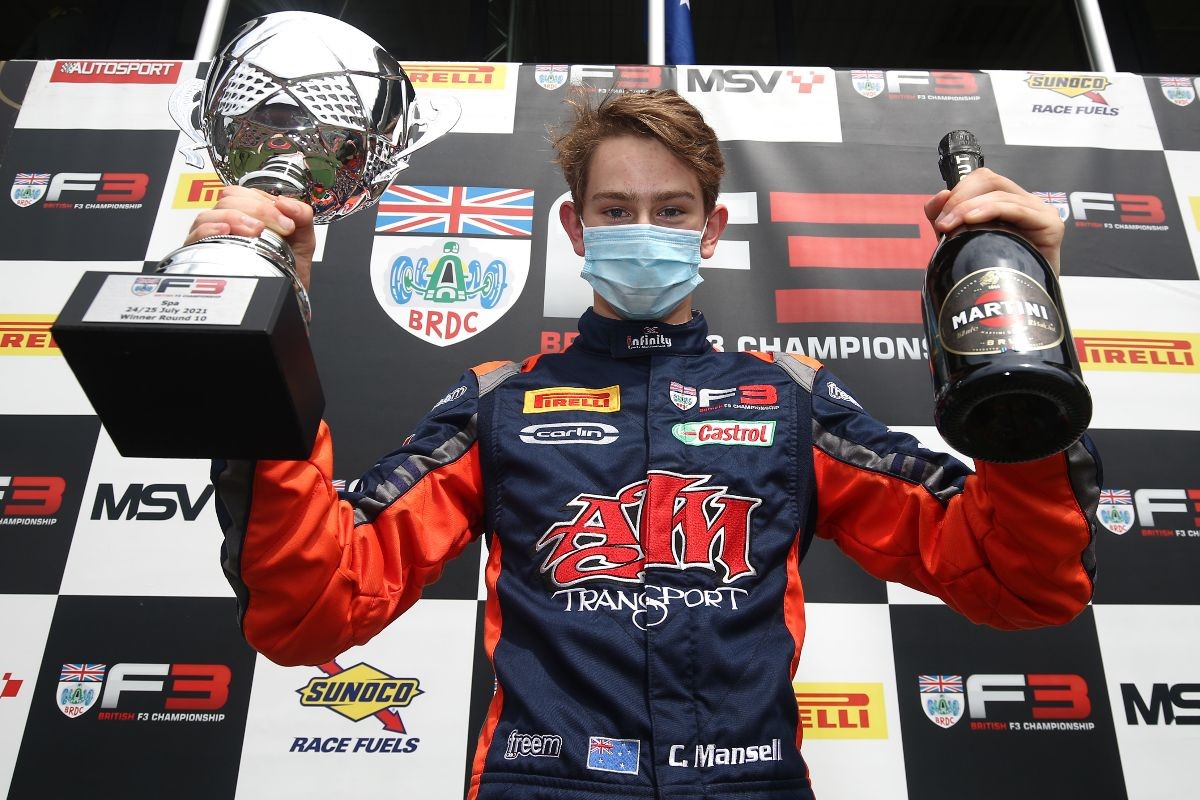 Christian Mansell secured a sensational second BRDC British F3 Championship race victory at Spa-Francorchamps in Belgium (23-25 July) and added another podium finish to move into third in the championship standings.

The 16-year-old Aussie, who is the only driver on the grid to finish every race so far this season, travelled to the Ardennes with the advantage of having picked up some early experience of the famous Belgian circuit by competing in Euroformula Open last month.

That experience played its part when Mansell took to the circuit for Friday’s three free practice sessions. The AJM Transport, Castrol, Vawdrey Trailers, VISA Global Logistics and Infinity Sports Management backed driver was rapid out of the blocks with a session-topping time in the morning, which would be the fastest time of the day to put the Carlin driver in strong spirits for qualifying in the afternoon.

When the vital 25-minute qualifying session came around, the rising star again showed his front-running pace by slotting himself comfortably into the top three. A late effort jumped him from sixth back up to third place, a result made more impressive by the fact that the rookie did not enjoy the benefit of a slipstream from nearby rivals.

Confidence soaring, Mansell was further buoyed by the prospect of a wet opening race following a late morning downpour. From third on the grid, he swiftly rounded fellow countryman Bart Horsten at Les Combes for second on lap one, and gave chase of his team-mate Zak O’Sullivan for the lead. Both drivers pulled clear of the pack, Mansell charging by on lap four to hit the front before a string of fastest laps sent him to a fantastic second win of his maiden campaign by over four seconds. 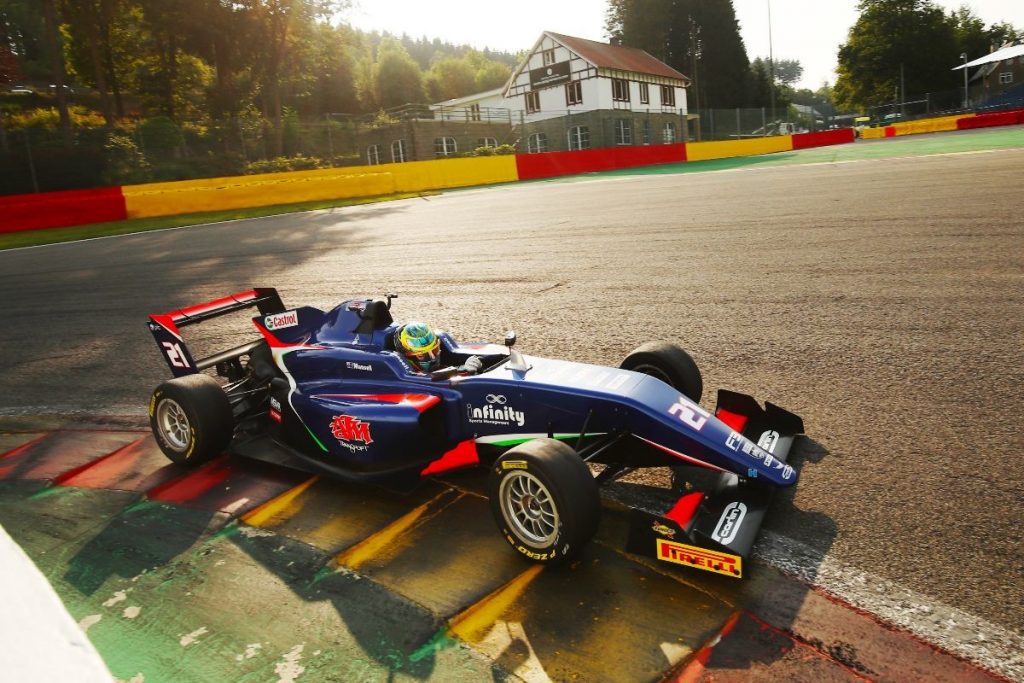 Mansell, who races with support from Rush Performance, IOR Petroleum, Locker 27 and AMSL Diabetes Australia, aimed to double his tally in Belgium in the afternoon’s second race from a similar starting spot of third on the grid, under sunnier skies on this occasion.

Despite falling to fifth place briefly, the New South Wales ace’s recovery was a major talking point in the race. He first braved a bold lunge on Reece Ushijima around the outside of the second right hander exiting Les Combes, before catching and passing the latter’s team-mate Horsten with another sweeping move on the entry to the same section on the final lap to grab his third podium finish of the year.

Riding a wave of form, Mansell’s job was made tougher starting 13th for the reverse grid finale on Sunday. Battling to escape the melee in midfield, Mansell climbed to seventh early in the race but was soon required to put in another recovery drive after losing ground in the scrapping. His charge brought him all the way back to sixth spot by the flag to cap off a strong weekend, scything past Tom Lebbon entering Eau Rouge at the death.

Christian Mansell: “It’s a pretty special feeling to win at this place so I’m really, really happy with that result. Overall, a really strong start to the weekend and that just snowballed through to the races and I’m delighted with that.

“We’ve made a step in the right direction from the first three rounds, and it shows in qualifying which we felt we needed to do. To do a competitive time in qualifying without any tow was great and it showed that we’re truly fast.

“I was just biding my time with Zak up front in the first race and seeing where he was strong and weak, then he made a mistake and I capitalised on that. I do enjoy a bit of rain and I think it suits me quite well.

“I fought hard in the second and third races to get those results and it’s moved us right up the championship order, so it’s a sign of positive steps and we can take that momentum back to the UK for the second half of the season.”

The fine visit to Belgian leaps Mansell up the championship table to third overall, now heading to Snetterton’s 300 circuit in two weeks’ time for the next BRDC British F3 meeting over the weekend of 7/8 August.