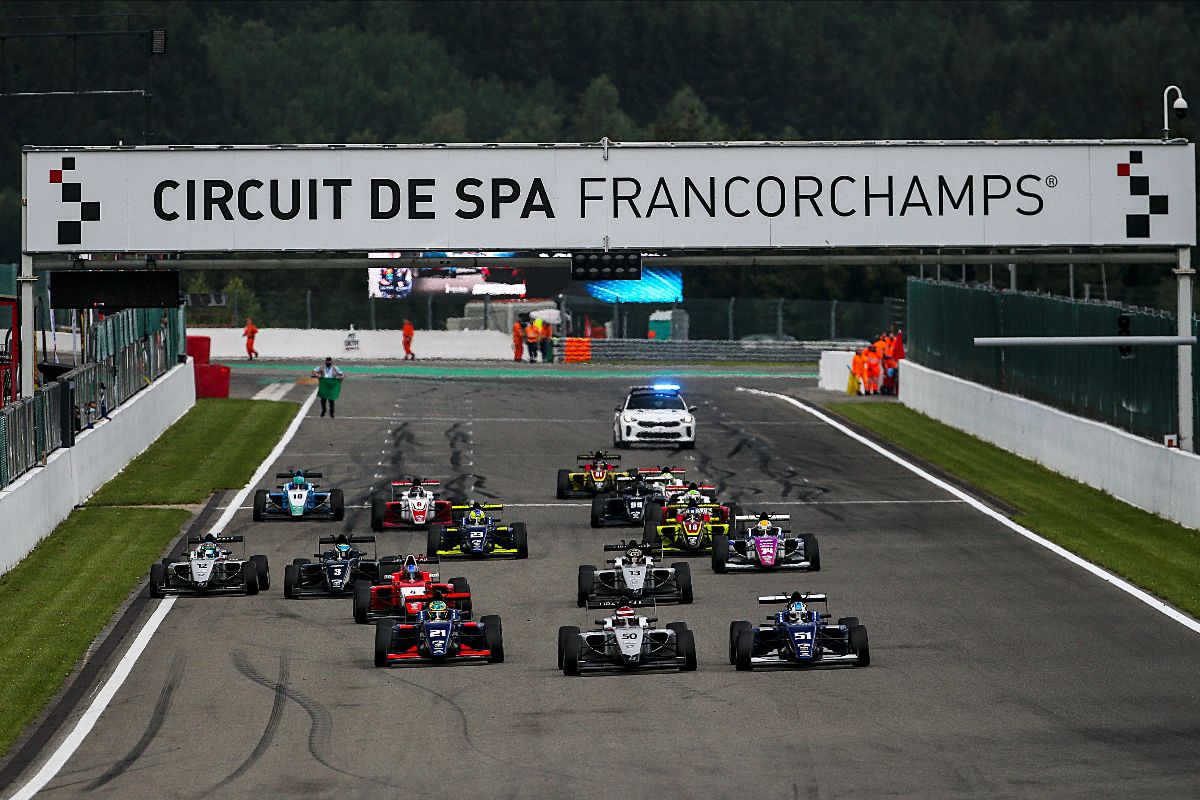 Mansell triumphed in wet conditions in race one, while Bilinski took both his and Arden Motorsport’s first win in the championship in a dry second race.

The same three drivers finished on the podium in both races, with Zak O’Sullivan finishing second twice, and opening up a commanding lead at the top of the championship standings as a result.

Race one
Mansell started third on the race one grid, which was based on each driver’s fastest lap from qualifying, but passed pole sitter Bart Horsten on the opening lap and then blasted past teammate O’Sullivan for the lead on lap four.

Mansell then pulled away at around a second a lap on the way to his second British F3 win, while O’Sullivan further strengthened his championship charge with his seventh podium in 10 races.

Bilinski claimed his first podium in third place after a battling drive that saw plenty of overtaking moves and a moment or two of wheel banging.

Elite Motorsport’s Tom Lebbon held third place for a few laps before being passed by Bilinski, while pole sitter Horsten dropped to fifth by the end of the race, ahead of Lebbon’s teammate Javier Sagrera.

Race two
Polish driver Bilinski, in just his fifth British F3 race, started fourth on the grid, which was formed by each driver’s second fastest lap times, but shot to second on the run down to Les Combes on the opening lap.

Bilinski dispatched Horsten for the lead at the same corner a lap later, and led for the remainder of the contest, though O’Sullivan was always close behind. The championship leader finished eight tenths of a second away from the Arden driver, with his two podiums allowing the British driver to open up a lead of 76 points in the championship standings.

Mansell meanwhile was feisty again, and passed pole-sitter Horsten for third on the final lap. Horsten was forced to settle for fourth, and headed home Hitech teammates Reece Ushijima and Sebastian Alvarez.

Mansell said: “It’s a pretty special feeling to win at this place. It’s such a great circuit and I’m really, really happy.

“At the start of the race I was just biding my time, seeing where he [O’Sullivan] was stronger or weaker, and then he made a mistake at Bruxelles and I capitalised on that. It was really good for me.

Bilinski said: “I’m lost for words, thank you so much to the team, the car was absolutely amazing. I can’t really describe how I’m feeling right now, a lot of hard work has gone in to this and it makes that win a lot sweeter.

“It maybe didn’t look like I was under much pressure, but I can tell you for sure I’ve never felt pressure like that before, it was unreal. I was kind of hoping the race would end sooner just so it could be over!