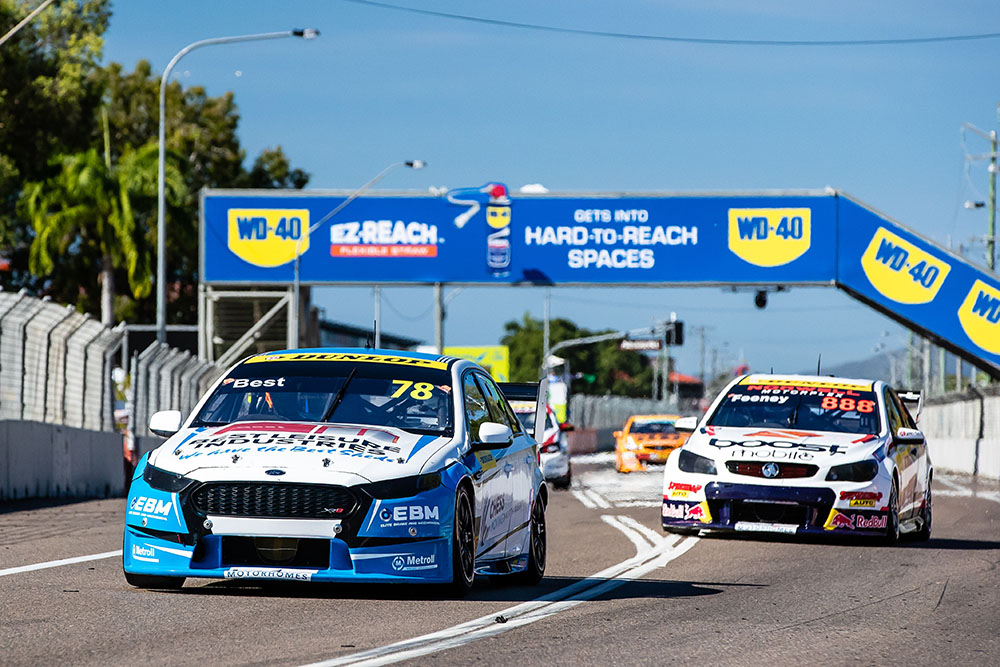 An elated Zak Best has broken through for his maiden Dunlop Super2 Series race win at the WD-40 Townsville SuperSprint today, holding off series leader Broc Feeney in an exciting dogfight at the Reid Park circuit.

The race win came after a frenetic Saturday race in which Best battled among the top three before he was involved in a spectacular, multi-car accident. Fortunately, with race red-flagged and results backdated to the previous lap, he was still classified in third position.

Combined with his race win today and his consistent pair of fourth-place finishes in last weekend’s two races, Best has maintained his top two position in the series points.

“To break through for not only my first pole position, but my first race win, is very satisfying,” the Tickford Racing driver said.

“On Saturday, we had a car that was fast in qualifying and in the early laps, I was able to run inside the top three.

“However, we were struggling for a bit of drive traction off the low speed corners. There was a mid-race safety car and when the race restarted, I was battling to hold my position and got turned around. 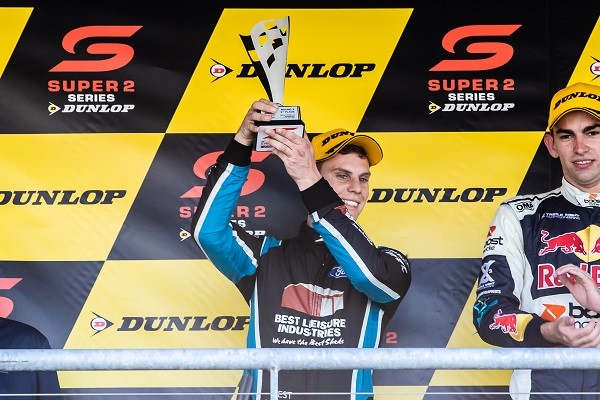 “That triggered a pileup which could have been a lot worse, but fortunately my car was shielded from the brunt of the impact by some of the other cars involved.”

Overnight, Best and his engineer Raymond Lau worked hard to fine-tune the setup of his Tickford Racing FG-X Falcon and come Sunday’s qualifying session, it was clear the team had taken a step forward.

“As soon as I rolled onto the track, the car felt fantastic and I had the confidence to push hard. It was awesome to take my first pole.

“We made some more changes for the race to help with power down, and it was a significant improvement compared to Saturday.

“The race itself was intense. Broc Feeney was very close to me and I couldn’t afford to make the tiniest mistake, or he would have been straight through. It was very satisfying to hold him off.”

Best paid credit to his team and engineer for their work over the last two weekends.

“Having back-to-back weekends of racing was busy, but I feel it also helped us learn and improve,” he said.

“Our performance last weekend was consistent, but we weren’t quite able to challenge for the podium. During the week, we made some gains and this weekend, we were right up the front, which gives us some good momentum heading to the next round.

“I’d especially like to acknowledge my engineer Raymond; it was his first pole position and race win too, so it was a special weekend for him as well.”

With the COVID-19 pandemic triggering a reshuffle of the calendar, the location and date of the next Super2 round is yet to be confirmed, but is expected to be announced shortly.