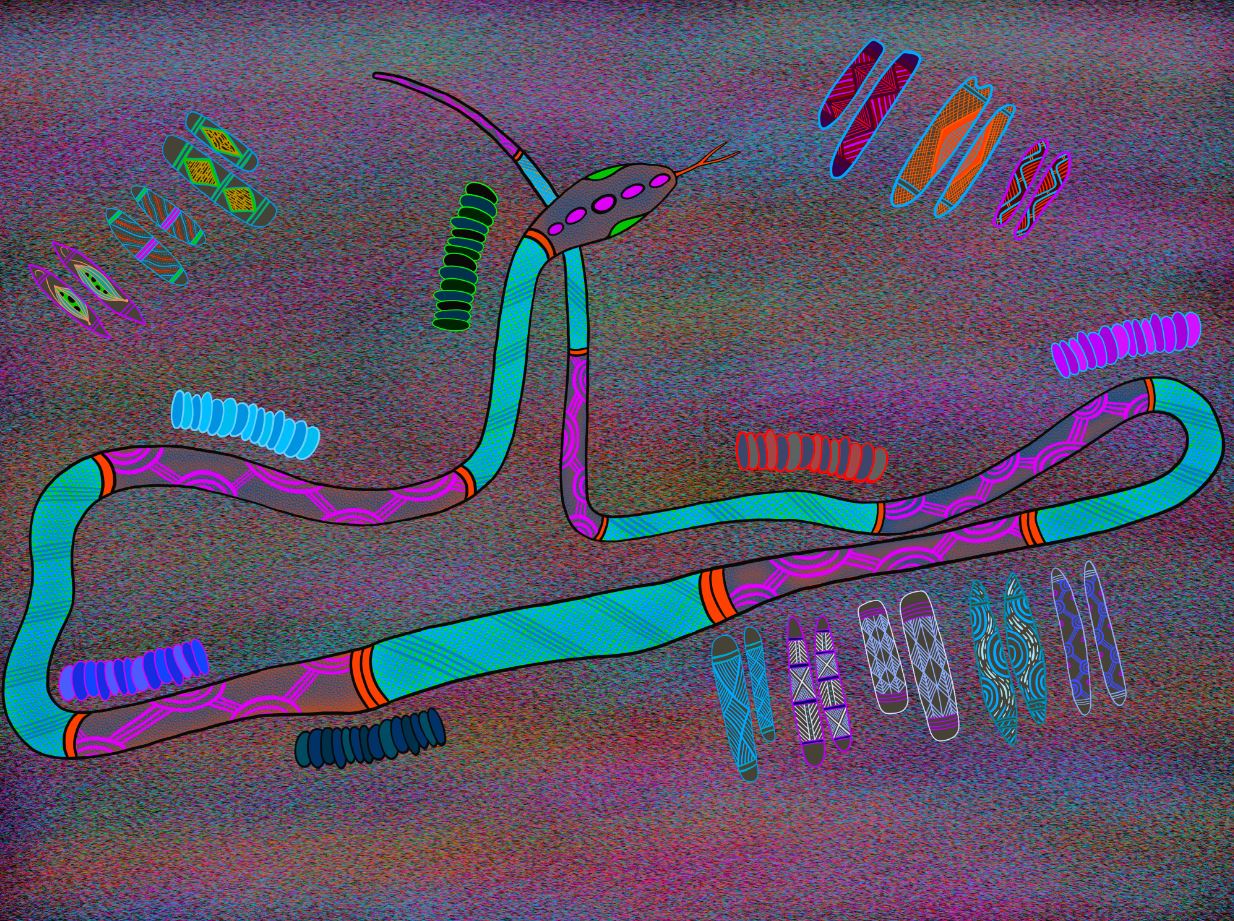 In a first for the sport, preparations have begun for next year’s Merlin Darwin Triple Crown to become the official Indigenous Round of the Supercars championship. This year’s event will incorporate several elements of Aboriginal culture that will set a firm foundation for following years.

Tim Watsford, CEO of event organiser Northern Territory Major Events Company, said the Territory is at the heart of Australia’s Aboriginal culture, so Darwin is the natural home for the official Indigenous Round.

“The Territory’s Aboriginal culture is one of the most vibrant things about this incredible place,” he said. “By developing the official Indigenous Round we want to highlight this important part of our cultural heritage, and celebrate everything it brings to the Territory.”

Territory Larrakia artist Trent Lee was commissioned to produce an artwork to celebrate the Hidden Valley track and the surrounding Larrakia land, sea and people. This will be the centrepiece of the Darwin Indigenous Round and will be available for use by all the Supercars teams in 2022.

“I’m so proud to be involved in this year’s Merlin Darwin Triple Crown,” Mr Lee said. “Seeing local Aboriginal culture showcased through a massive event like this is fantastic. My artwork represents how sport brings people from all walks of life together. The snake is a track with the head placed at the hairpin bend, the most dangerous part. The clapsticks represent the different teams and the eggs symbolise all the people coming together to enjoy and celebrate the event.”

In preparation for next year, all teams will be encouraged to work with Aboriginal artists from their region to design an artwork specifically for them. Elements of each will be incorporated into the Merlin Darwin Triple Crown Aboriginal artwork, to form a national celebration of Australia’s Aboriginal cultures. Shane Howard, Supercars Chief Operating Officer, said the championship was delighted to get on board.

“Through initiatives such as the Indigenous Round and programs such as Racing Together, we want to introduce Indigenous people to the event, our sport and the teams, and to work with the local community. This is a fantastic initiative and we look forward to returning for next year’s Indigenous Round at Hidden Valley.”

Another addition to this year’s Merlin Darwin Triple Crown is a Smoking Ceremony. This took place at an official driver and rider signing at Darwin Waterfront on Thursday, 17 June.

The 2021 event will also feature a televised Welcome to Country performance by Larrakia members of the community, which will take place on the grid. Richard Fejo, Chairperson of Larrakia Nation Aboriginal Corporation, said it was an honour to be involved.

“To showcase our Aboriginal culture on the traditional lands of the Larrakia people is such an honour, not only for our people but for Aboriginal communities around Australia as we work towards creating an Indigenous Round for next year’s Supercars,” he said.

“This is an important step forward and it is a privilege to be part of something special that embraces Aboriginal culture and increases awareness and respect of our traditions and heritage.”