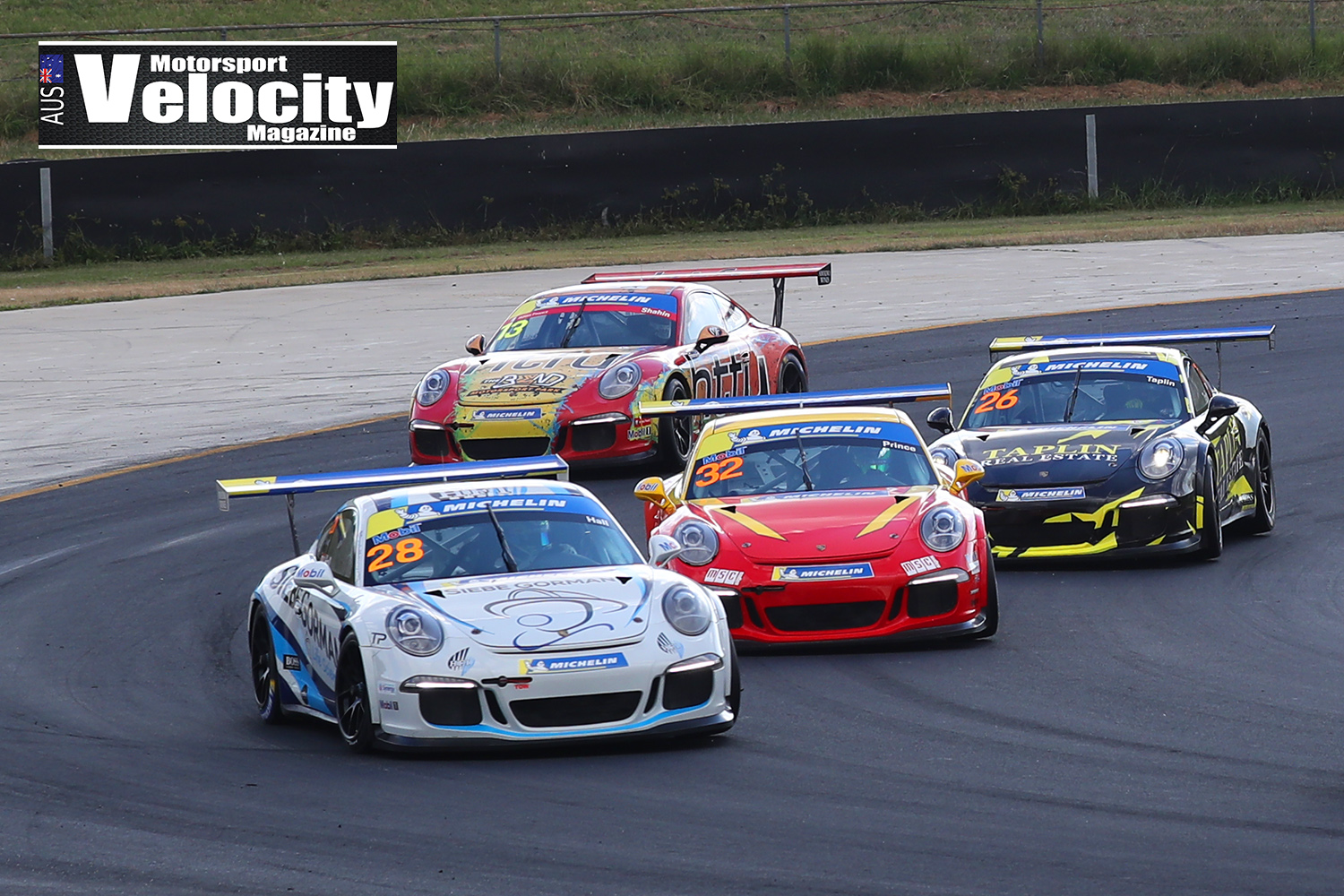 In just his second race meeting in the Porsche Michelin Sprint Challenge series Bayley Hall is proving he has all the makings of a future champion.

Hall had a solid start to the season at Phillip Island Grand Prix circuit in March where he put his McElrea Racing Porsche GT3 Cup on the front row of the grid in second spot for qualifying.  He stayed in that position for the first race taking second spot on the podium on debut.  Race two didn’t go to plan and he was hit by another car that aquaplaned on the run to turn one in dismal weather, Hall sat the rest of the weekend on the sidelines.

Fast forward to round two of the Championship and Hall is steadliy working his way up the grid again, two races have been run so far and he’s kept the car straight (his words) and banked good points with two fourth spots.

We asked Bayley for a few words to describe the weekend so far: “I’m thrilled to be here competing in my first Porsche race at SMSP this weekend, already achieving 2 solid P4 finishes so far.”

“The #28 Siebe Gorman Porsche has been faultless and its certainly a relief after Phillip Island’s woes. I’ve done exactly what the team has asked of me today with fast, clean & consistent laps.” 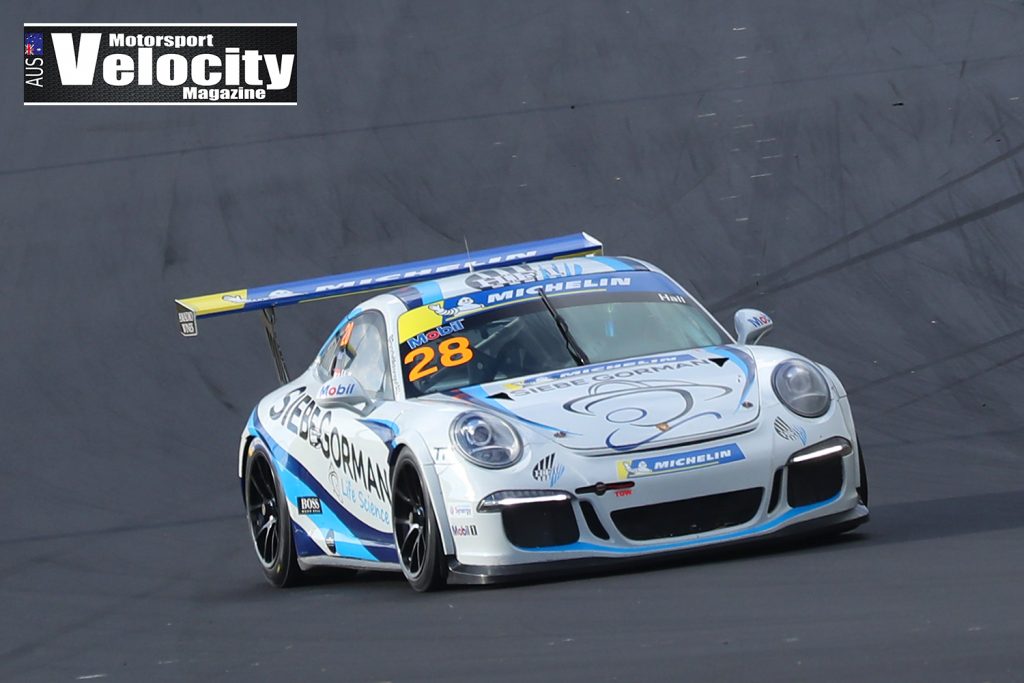 “Without the preparation we were hoping for since I missed out on testing here last month, I’ve worked double time with heaps of learning on the run and still improving with each & every race.”

“Cheers to Andy, Leigh, Luffy, Clarkey & all of the McElrea team, I’ve continued to make more gains. Looking forward to getting that top 3 in our last race tomorrow. Bring it on!”

The third and final Porsche Michelin Sprint Challenge race of the weekend takes place at 14:05 local time on Sunday and will be broadcast live via the 7Plus app.