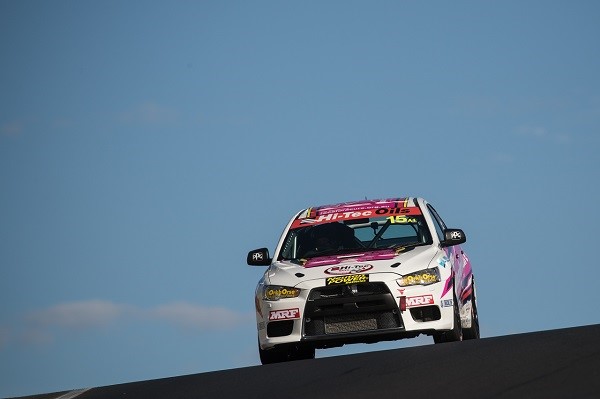 The Sydney-based GWR outfit is well-versed in running numerous cars across multiple classes on the same weekend, but this event is arguably the organisation’s biggest yet.

As previously announced, the team will campaign three cars in the 6 Hour: a pair of Mercedes A45 AMG entries for Michael Sheargold/Ollie Shannon/Brett Hobson and Michael Auld/Garth Walden, along with the Ben Kavich/Michael Kavich Mitsubishi Evo X.

Additionally, GWR also brings a four-car attack to the opening round of the RA Cup, spearheaded by Chris Perini, Peter Paddon, Steve Champion and Phil Anseline.

Finally, Brett Hobson will compete in the second round of GT World Challenge Australia aboard his Nissan GTR.

According to Walden, the team has deployed an exhaustive array of resources and personnel to ensure everything runs smoothly.

“The months leading up to this year’s 6 Hour have been massive, it’s shaping up to be one of our biggest-ever events,” Walden said.

“This is our fifth 6 Hour, but it’s the first time we’ve had such a wide presence in the support categories.

“We’ve arrived at Bathurst a day early to ensure we are as well-organised as possible and our preparation has been exceptional, but we couldn’t do it without such a dedicated and talented roster of crew members.”

GWR’s crew consists of a total of 38 staff, to be headed up by high-profile team manager Mike Henry. An engineer for the Arrows Formula 1 team in the late 1990s and early 2000s, Henry has also filled leading roles at Supercar teams including strategist for the HSV Dealer Team and team manager for Tasman Motorsport and the Holden Racing Team.

While Henry will manage GWR’s overall operations across the event, each car in the 6 Hour will benefit from its own dedicated engineer. The #15 Kavich Evo will be engineered by John Paul Messenger, highly-regarded for his exploits in Carrera Cup along with open-wheel categories.

Another familiar face in the GWR stable, Dejan Ninic will oversee engineering duties for the #42 Auld/Walden Mercedes, while Blake Smith – an engineer with Supercars experience at the Walkinshaw and Kelly Racing teams – will look after the #45 Sheargold/Shannon/Hobson entry.

According to Walden, having such a rich talent pool across the engineering and management group is one of the team’s key strengths.

“The key to performing well in the Bathurst 6 Hour is being able to address all the variables,” Walden said.

“Because there are different drivers sharing each car, one of the challenges is to find a setup and balance that accommodates each driver’s preferences and techniques. Because we have such a high- quality engineering line-up, that process will be much easier.

“In the race itself, the key factors will include traffic management, changing weather conditions and Safety Cars. In our garage, we can be confident we have people with the strategic foresight to make the right decisions at the right time.

“Our plan will be to stay out of trouble and make the correct strategic decisions in the first five hours, so we have a competitive package for the sprint to the finish in the last hour.”

The Bathurst 6 Hour will be shown live on Channel 7.

EREBUS’ WILL BROWN JOINS THE QLD PRODUCTION CARS THIS WEEKEND

The entry list for the Queensland Production Cars day/night Enduro this weekend at Queensland Raceway,…