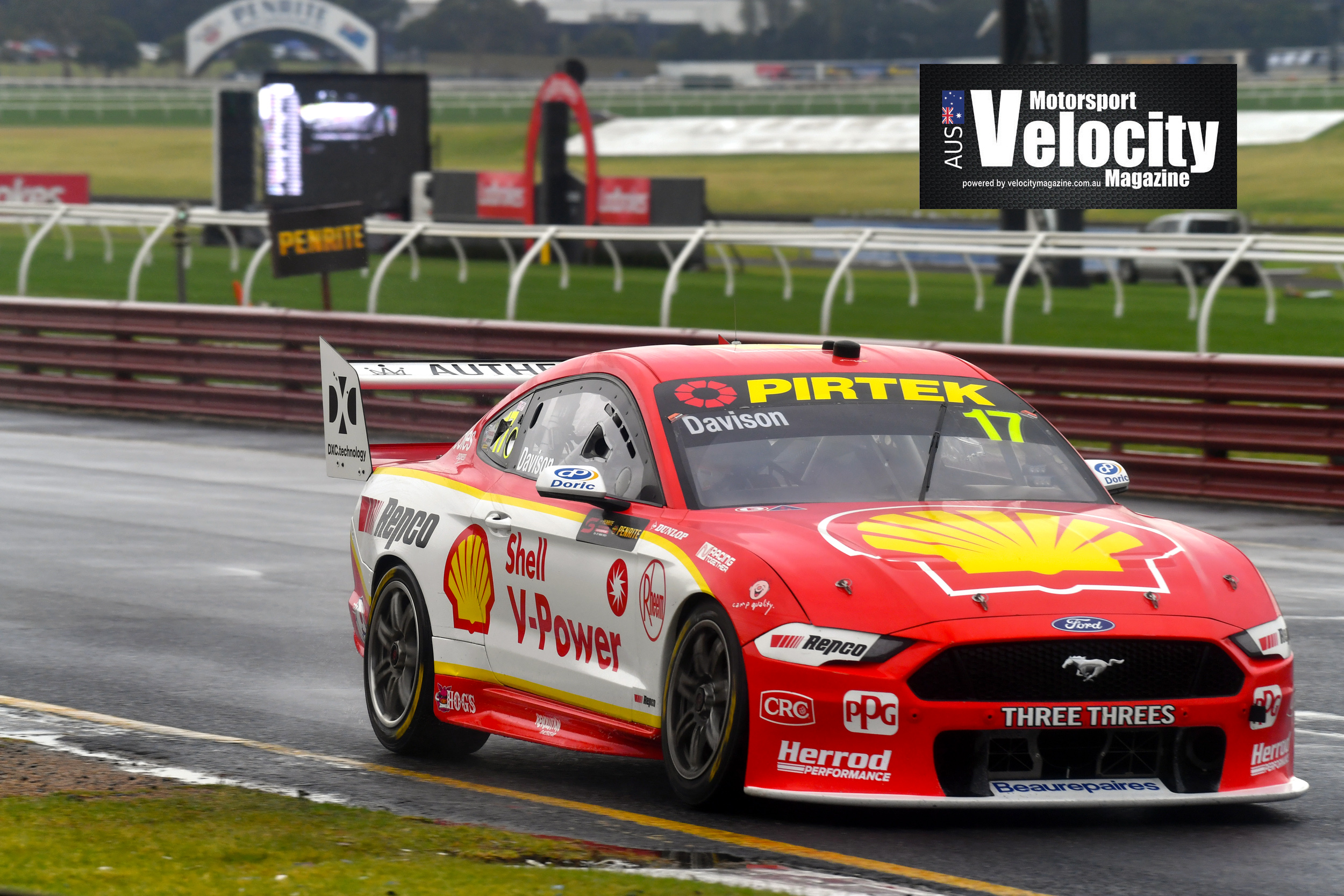 It was a wet and wild second day at the Sandown SuperSprint in Melbourne, with the rain set-in for much of the day. With two qualifying sessions and two sprint races scheduled for the day, there was plenty of action on track in the Repco Supercars Championship.

RACE 4 RECAP
The wet conditions made track conditions treacherous for the first of two 10-minute qualifying sessions. Qualifying for Race 4 saw a red flag in the opening minutes, but once the session resumed, Will Davison clocked a time fast enough for P7 while his teammate Anton De Pasquale was just once place behind in P8.

Rain continued for the start of Race 4, leaving teams no option but to fit the Dunlop wet tyre compound. The opening lap saw the field jostling for track position as they negotiated the wet and slippery track.

Shell V-Power Racing Team drivers De Pasquale and Davison had just begun to settle into a rhythm when the safety car was called on lap 4 after Jones suffered a mechanical, dropped oil on the track and stopped on the grass. Davison was positioned in P7 and De Pasquale in P9 at the restart which came on lap 8. 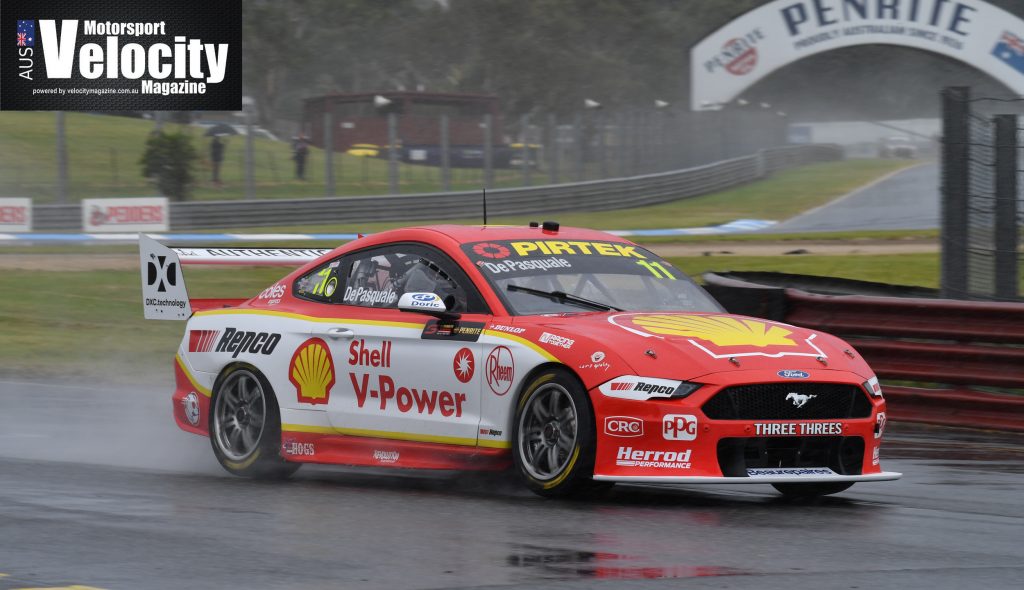 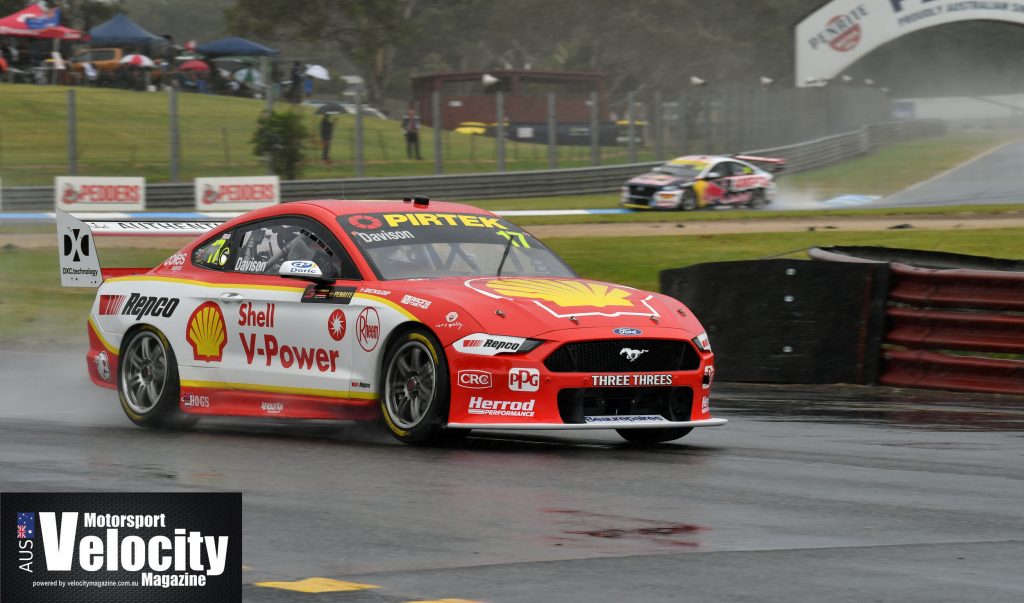 De Pasquale struggled with car set-up in the wet conditions causing him to drop down the order in the first stint. Davison had better pace in his No. 17 Ford Mustang and fought to hold his position inside the top 10.

The rain eased as the race progressed, and when the track started to dry out, the team opted to switch to slick tyres during the compulsory pit stop. De Pasquale was the first of the Shell V-Power Racing Team cars to pit, which he did on lap 21. Davison followed just three laps later.

Davison and De Pasquale were  P11 and P18 respectively once all stops were completed, but disaster struck when De Pasquale had an engine problem on lap 28. He could not continue the race and was forced back to the garage.

Meanwhile, Davison trucked along comfortably in clear air after moving up once place to P10. This is where he finished the first 36-lap sprint race of the day.

RACE 5 RECAP
Davison bettered his starting position for Race 5, starting in P3, while De Pasquale started where he did for the first in P8.

It was a race against the clock for the team to change the engine in car No.11 in time for the second race of the day, but the crew got it done.

Rain again set in for the start, and the opening laps were much the same as the first race with slippery and chaotic scenes. On lap 3 Davison took a turn in the wet on the exit of turn 1, but he recovered quickly and only fell to P11. He had good car pace and was back up to P7 by lap 12.

De Pasquale reported he lacked stability in the early stages of the race and dropped back to P11. But he fought on and overtook Waters to put himself back in the top 10 by mid-race.

Engineers of both cars opted to run a long first stint to save their drivers rejoining in traffic and amongst cars that hadn’t pitted. They didn’t pit until laps 26 and 27. With weather conditions not improving, they continued the second stint on wet tyres.

It was a short race to the finish line, but Davison had put in the work to get himself back up to P5. De Pasquale continued to struggle with his wet weather set-up and finished in P12.

DE PASQUALE QUOTE
“Today was disappointing. We just seemed to struggle all day with set and pace in the wet. I also had the drama in the first race with the engine and ended up with a DNF.”

“But we’ll go home and have a look at it all and see if we can figure out what’s going on. I’m looking forward now to Tasmania and hopefully getting some good results there.”

DAVISON QUOTE
“Although the results don’t show it, it’s still been a really important weekend for us. We’ve had a lot of stuff on the car we’ve been trying to understand, and we made a huge shift overnight.”

“The first race today was actually going really well, but I think we were probably just a bit too late to put the slicks on. I think we might have been a little bit too conservative.”

“But the car felt awesome during those few dry laps we had today. That was a definite step forward and gives us a lot of confidence in our direction for Tasmania. I was actually really hoping for a dry second race today because the car felt a lot better.”

“In Race 5 we certainly improved some little things from the wet race before, but I just made a mistake early on, and I’m very sorry for that. I was really kicking myself the whole race.”

“There was a lot of standing water, I just got too aggressive on the throttle and the car got away from me really suddenly. But I put my head down and managed to pass a lot of cars and get back to P5.”

“Although we didn’t have the results today, it’s coming.”