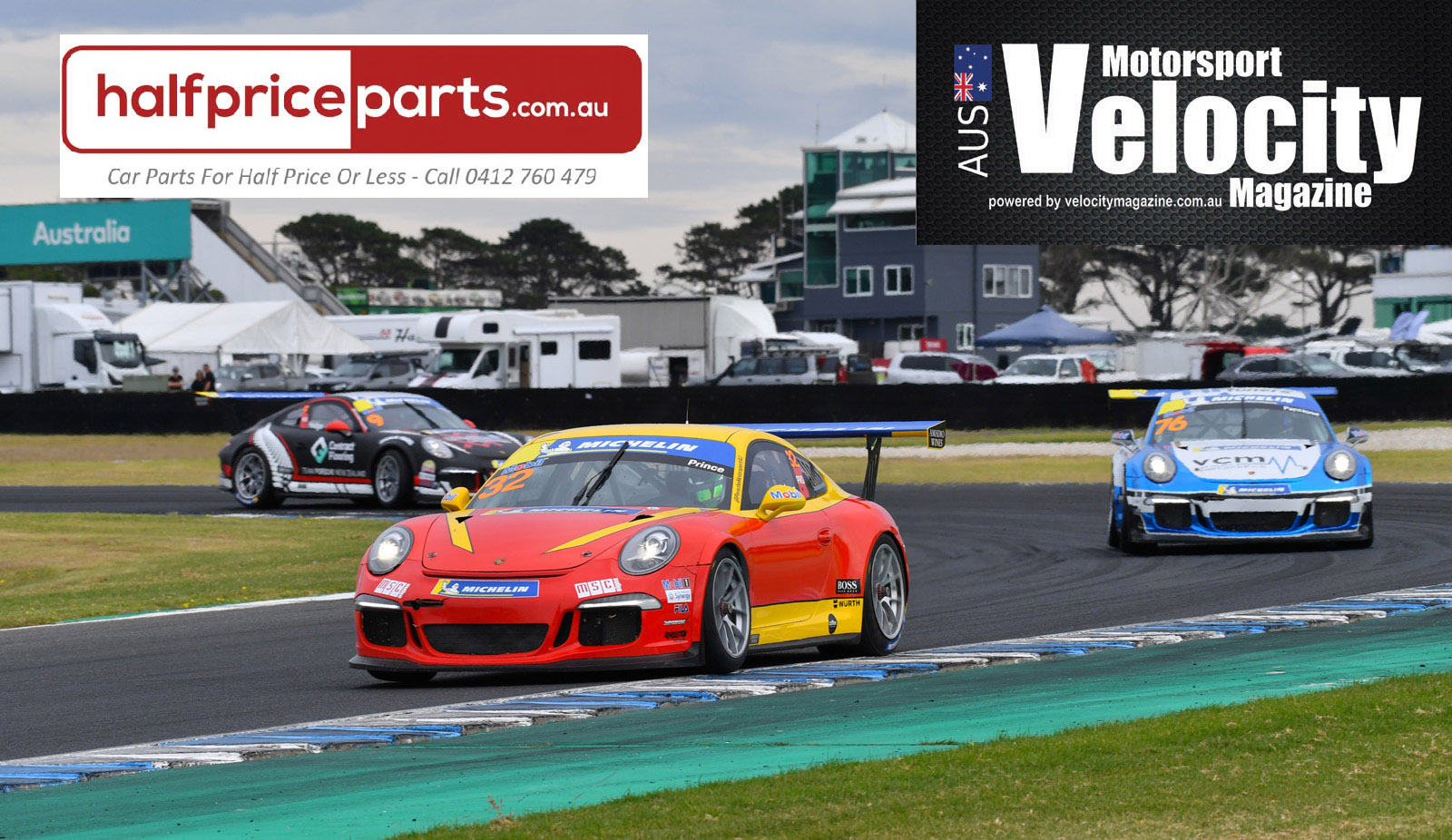 Racing as part of the Shannons Motorsport Australia Championships, Prince took part in her first weekend in the one-make series which kicked off its 2021 season at the Victorian circuit.

Prince qualified in fourth position on a 1:32.628s, only 0.7s off the pole position time, and with a top-five starting position, she had a good foundation to work from in the races.

The 19-year old set about moving up the field in Race 1 and managed to climb to third position in Saturday’s 13-lap affair, but she still had more potential to show.

Having never driven the car in the wet before, Prince did a phenomenal job to get into the lead and hold her own, however, an unlucky off-track excursion in the tricky conditions saw the Melbourne-based driver take the chequered flag fifth.

Race 3 was set to be a thrilling conclusion to the weekend with the Jim Richards Endurance Championship encounter scheduled to take place over 26-laps.

A heavy crash for other competitors on the opening lap saw the red flag thrown before the race was cancelled as a result of the lengthy clean-up process, denying Prince a chance to fight back to the podium.

Williams drove brilliantly in Race 2 in the wet conditions to bring the car home 12th, an outstanding result in the circumstances.

He too did not get a chance to move further up the field with Race 3 cancelled.

The next round of the Porsche Michelin Sprint Challenge series takes place at Sydney Motorsport Park from May 1-2.

“I just finished my first weekend at Phillip Island in Porsche Michelin Sprint Challenge Australia and it’s been such a great weekend and a great start to the series,” said Prince.

“The first race was dry and I ended up getting third, but the second was my first-ever time driving this car in the wet. I managed to lead for a few laps and was in second until the last laps I made a mistake and ended up P5, but that’s alright, we all learn.

“Unfortunately, the last race, the Jim Richards Endurance Cup got called off because of the red flag; I hope all of the drivers are safe but I cannot wait to be on-track at Sydney Motorsport Park soon.”

“Practice 1 was pretty decent, went out with a flat tyre but that was okay and Practice 2 was good too,” said Williams.

“Qualifying was just a complete mess, for me anyway. Race 1 was great, moved forward a few spots, and Race 2 in the wet was pretty great.

“Today I jumped the start and stopped the car which probably saved me a bunch of money after what happened down the road. Really feeling for the guys involved in that and hope they’re all okay.”

A BIG thank you to our Phillip Island Photo Sponsors for this event, the team at Half Price Parts have come on board, a BIG plus is they have created a 10% discount accross their website for Velocity Magazine followers, if you visit their site you can get 10% off any purchase until Monday the 22nd of March.  Use the code “Velocity” as the discount code in the shopping cart to receive the 10% off. www.halfpriceparts.com.au