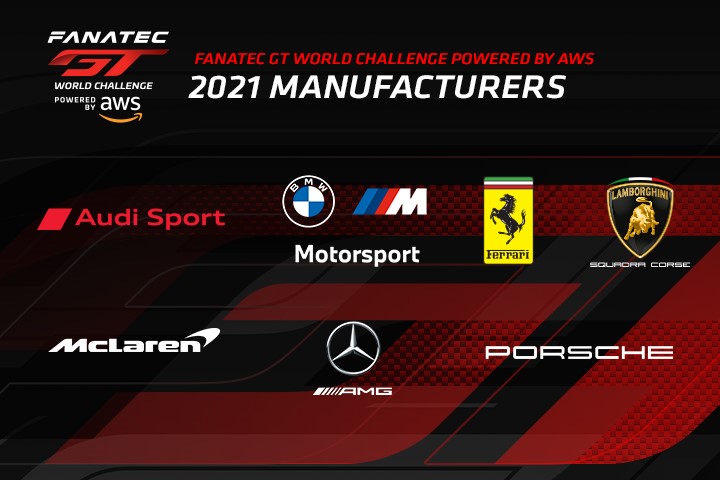 Seven brands have now committed to the global programme following confirmation that McLaren will support the concept in 2021. The British manufacturer will go up against German rivals Audi, BMW, Mercedes-AMG and Porsche, as well as Italian marques Ferrari and Lamborghini. This coincides with the addition of Fanatec GT World Challenge Australia Powered by AWS, which becomes the fourth continental category alongside established series in Europe, Asia and America.

Customer racing is at the heart of the concept, continuing an ethos that has been fundamental to the GT3 discipline since its launch in 2006. Fanatec GT World Challenge Powered by AWS takes this to a global level, allowing manufacturers to compete through their customer squads on four continents and across a variety of classes. In 2021, Mercedes-AMG will look to continue its dominance of the manufacturers’ standings for a third year in succession in what promises to be the most competitive campaign to date.

The 2021 season will consist of 29 events, with sprint and endurance formats both part of the programme. Points are awarded to the best placed GT3 car per competing brand in each category. Scores are determined by finishing positions in the top-10, with no redistribution of points from non-competing brands. The familiar 25-18-15 system is used for races lasting 60 or 90 minutes, while points are doubled for three and six-hour events and quadrupled at the Total 24 Hours of Spa.

Scores are then multiplied by the number of cars competing in each category. For example, a team that wins their category in a sprint race with a field of 10 cars will earn 250 points for their manufacturer, while 10th place would yield 10 points. The points per brand across all categories are added to give the final score for the race. This ensures that each class contributes and is fairly rewarded according to its level of competition.

Points from the four continental series are combined and the manufacturer with the strongest global customer racing programme will emerge on top. Whichever brand is crowned 2021 Fanatec GT World Challenge Powered by AWS champion will have triumphed over the greatest number of events and against more rivals than ever before.

Mercedes-AMG tops the global standings following the first event of the season at Sonoma Raceway. The German marque accumulated 447 points at the California venue, where its Pro-Am results proved especially important. Facing a competitive class of nine cars, customer squad DXDT Racing finished second in race one and clinched victory in race two. This earned Mercedes-AMG 162 and 225 points respectively, while Winward Racing added a further 60 in race two by securing third spot in the Pro category.

Indeed, the highly competitive Pro-Am class provided an excellent scoring opportunity for brands. Porsche also showed strongly, with Wright Motorsports taking first and second-place finishes with its 911 GT3-R. The Stuttgart marque sits second in the standings following the Sonoma contest, despite no Porsche involvement in the Pro class.

At the opposite end of the scale, Audi was not represented at Sonoma and therefore scored no points. However, the Ingolstadt brand will have more cars than any of its rivals at Phillip Island, providing a prime opportunity to strike back. Indeed, varying manufacturer representation on each continent should ensure that the championship picture changes regularly.

The Fanatec GT World Challenge Australia Powered by AWS season opener takes place this weekend at the Phillip Island Grand Prix Circuit where a 20-car field will launch the continent’s new era of GT racing. The long-running European championship gets underway at Monza on 16-18 April, while Fanatec GT World Challenge Asia Powered by AWS will begin once travel restriction in the region allow events to take place.

Every race will be broadcast live and unrestricted across the official series websites, social media platforms and GT World YouTube channel. With action on opposite sides of the globe and a hotly contested battle of the brands to look forward to, 2021 promises to be a landmark year for Fanatec GT World Challenge Powered by AWS. 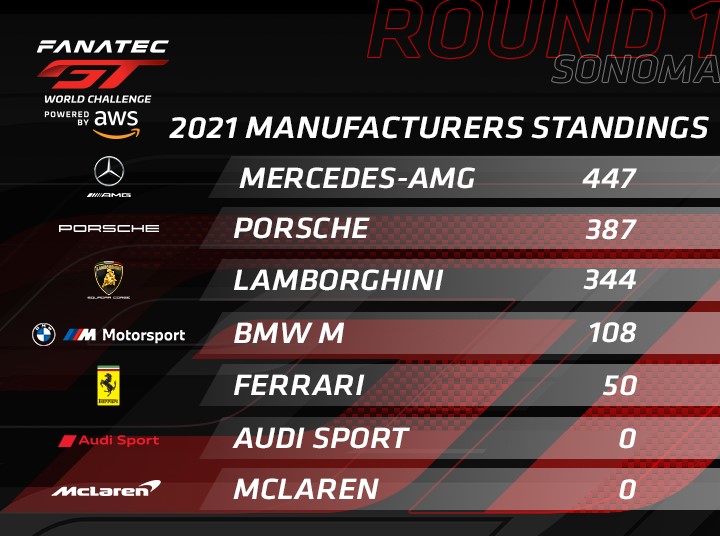