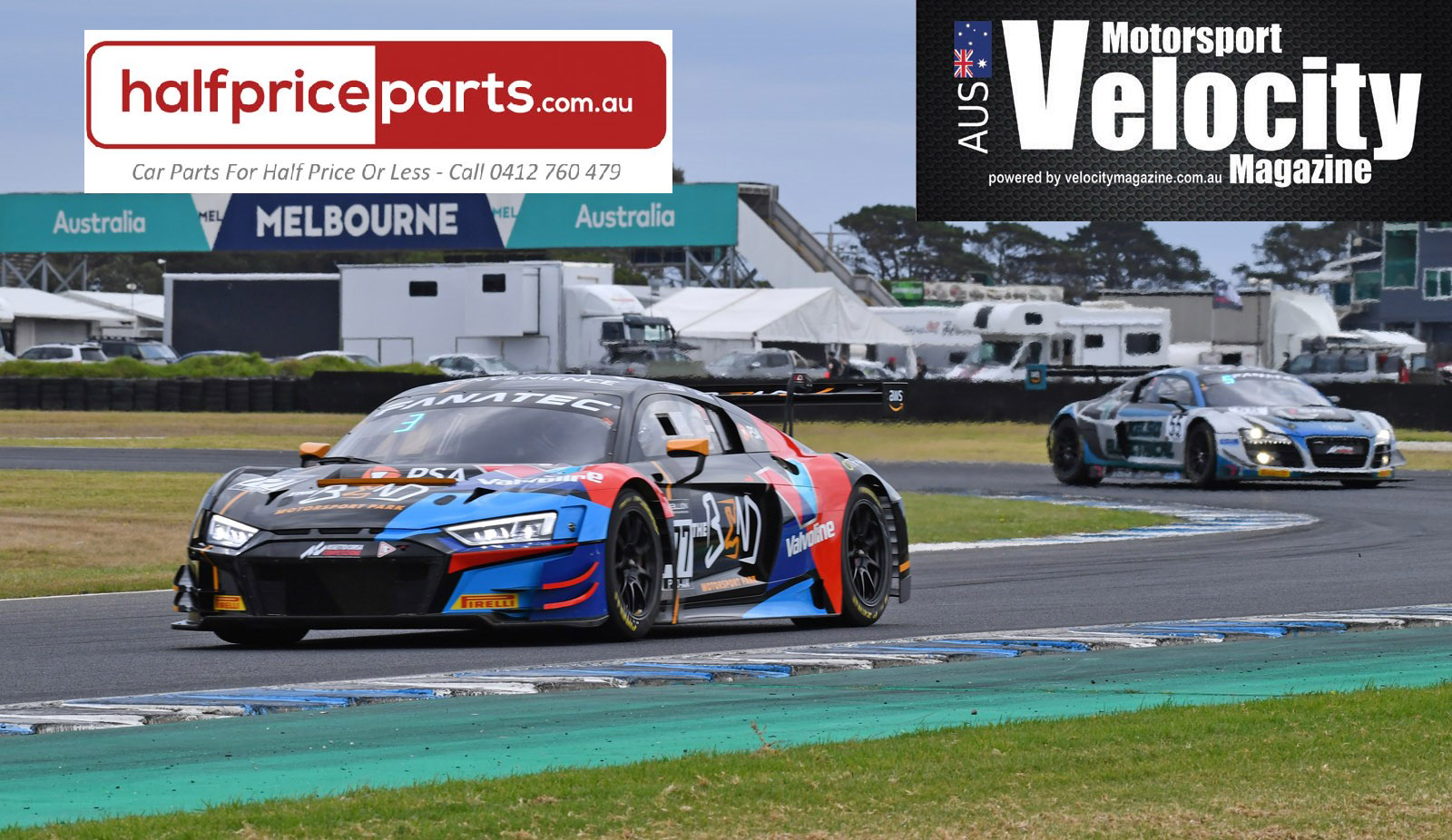 Tander took the No. 777 The Bend Motorsport Park Audi R8 LMS GT3 Evo to a 14-second victory in the first 60-minute race at the Victorian circuit.

Jamie Whincup and Prince Jefri Ibrahim were second in the Triple Eight Mercedes-AMG GT3 Evo, while Chaz Mostert made a last-lap pass to take the final spot on the podium in the Bostik Audi R8 LMS GT3 Evo.

Brad Schumacher finished the race in fourth at the wheel of his Audi R8 LMS Ultra, while Matt Stoupas completed the top five in his Audi R8 LMS GT3 after running second after the pit stop sequence.

Schumacher was also the best of the Trophy runners.

Grove Motorsport recovered to sixth after dramas with the pit limiter during the mandatory pit stop in the hands of Stephen Grove saw them drop out of the top three.

Brenton Grove jumped in the Porsche 911 GT3 R at the pit stop having fallen to 15th and drove back up the order to just outside the top five by the chequered flag.

Brett Hobson had a strong run to seventh in the Nissan GTR NISMO GT3, while Tony Quinn was eighth despite contact in the early stages.

Trophy class competitors Nick Kelly and Greg Taylor, both in Audis, rounded out the top 10.

A safety car was needed in the early stages after a heavy crash for the Aston Martin Vantage of Michael Bailey exiting Turn 3.

The Ferrari 488 GT3 of Adrian Deitz stopped on track due to opening lap contact with the spinning Lamborghini Huracan GT3 of Andrew MacPherson.

Gary Higgon retired to the garage after making contact with Quinn, while Wayne Mack lost control of his Ferrari 458 GT3 in slippery conditions at the final corner and impacted the pit wall on the final lap.