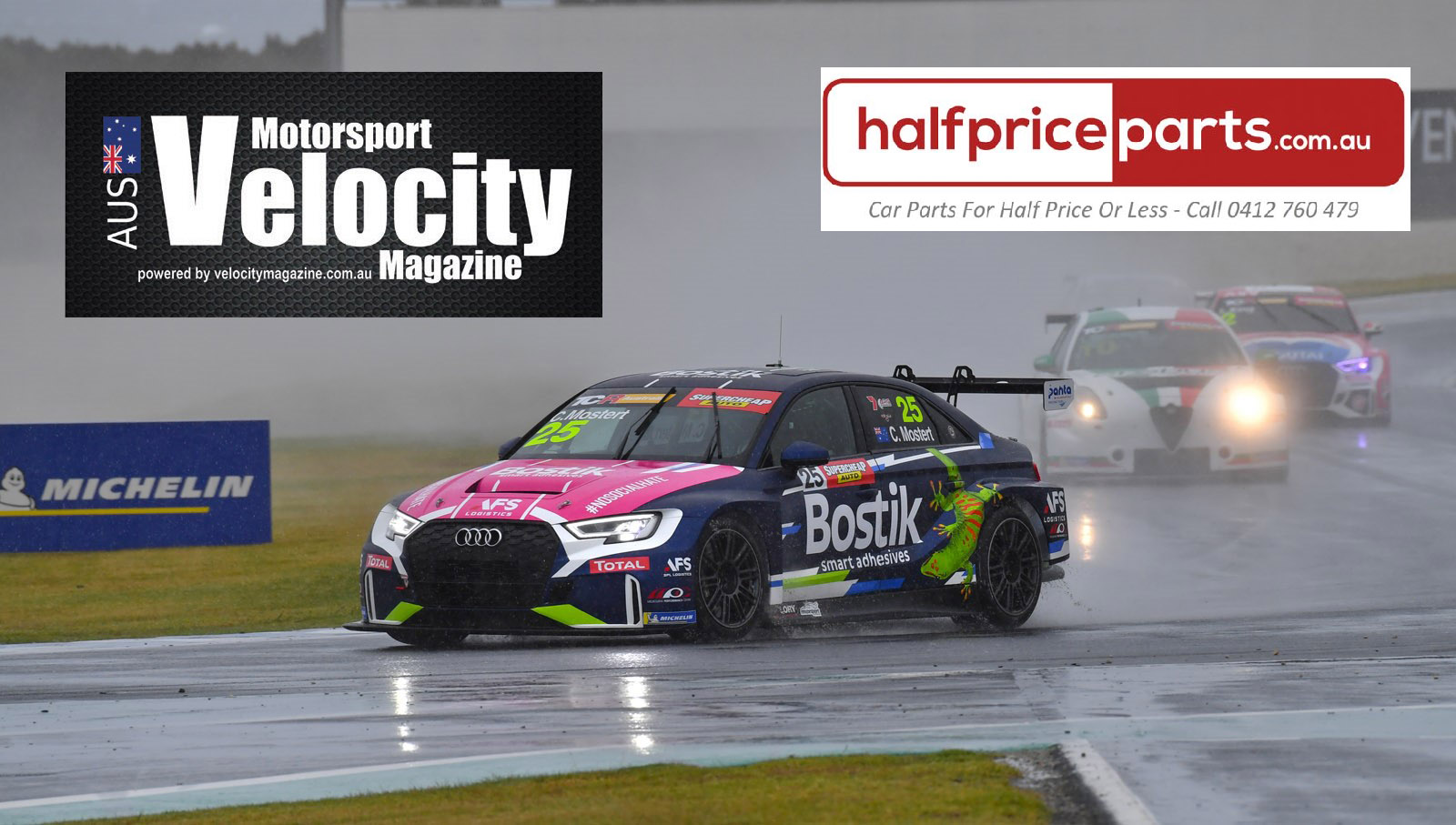 Heavy rain soaked the circuit in the lead-up to the first race with the wet weather affecting the duration of the 14-lap encounter.

In a masterclass performance, Mostert won by half a minute in his Melbourne Performance Centre-prepared Audi RS3 as all the action unfolded behind him.

Lee Holdsworth and Luke King battled for second position in the first portion of the race as Mostert cleared off.

King put a move on the Alfa Romeo Giulietta of Holdsworth at MG after being trapped behind his rear wing for five laps as Holdsworth fell into the clutches of John Martin.

Such was his commanding victory that Mostert’s fastest lap of the race was almost two-seconds quicker than anyone else in the field. 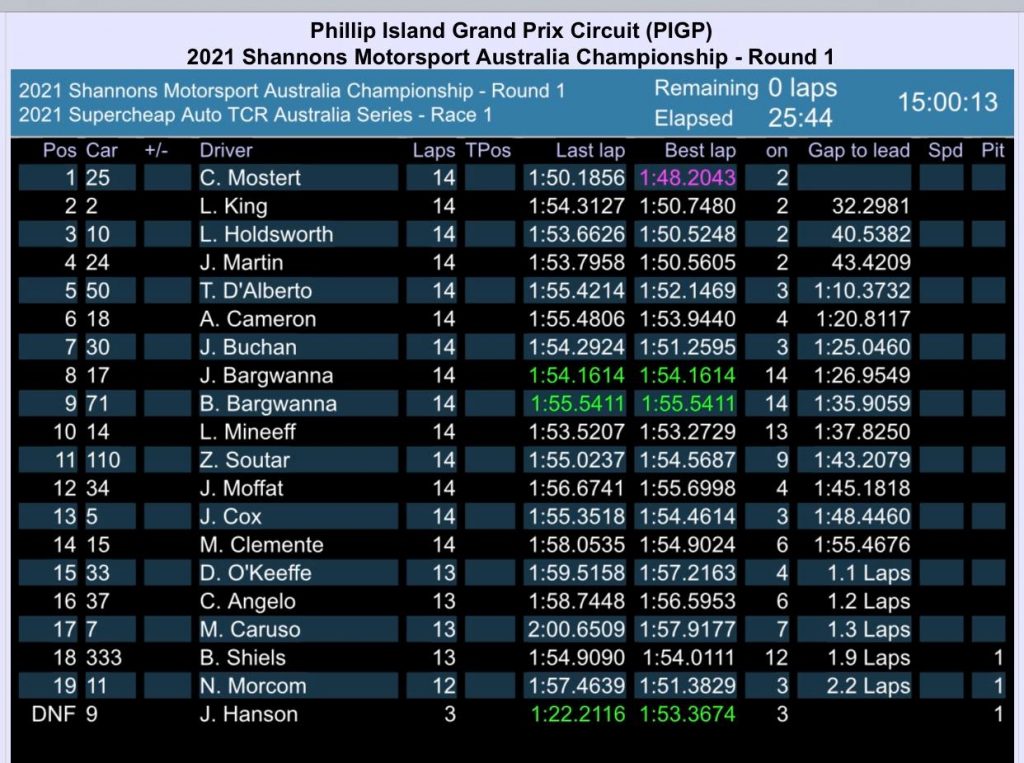