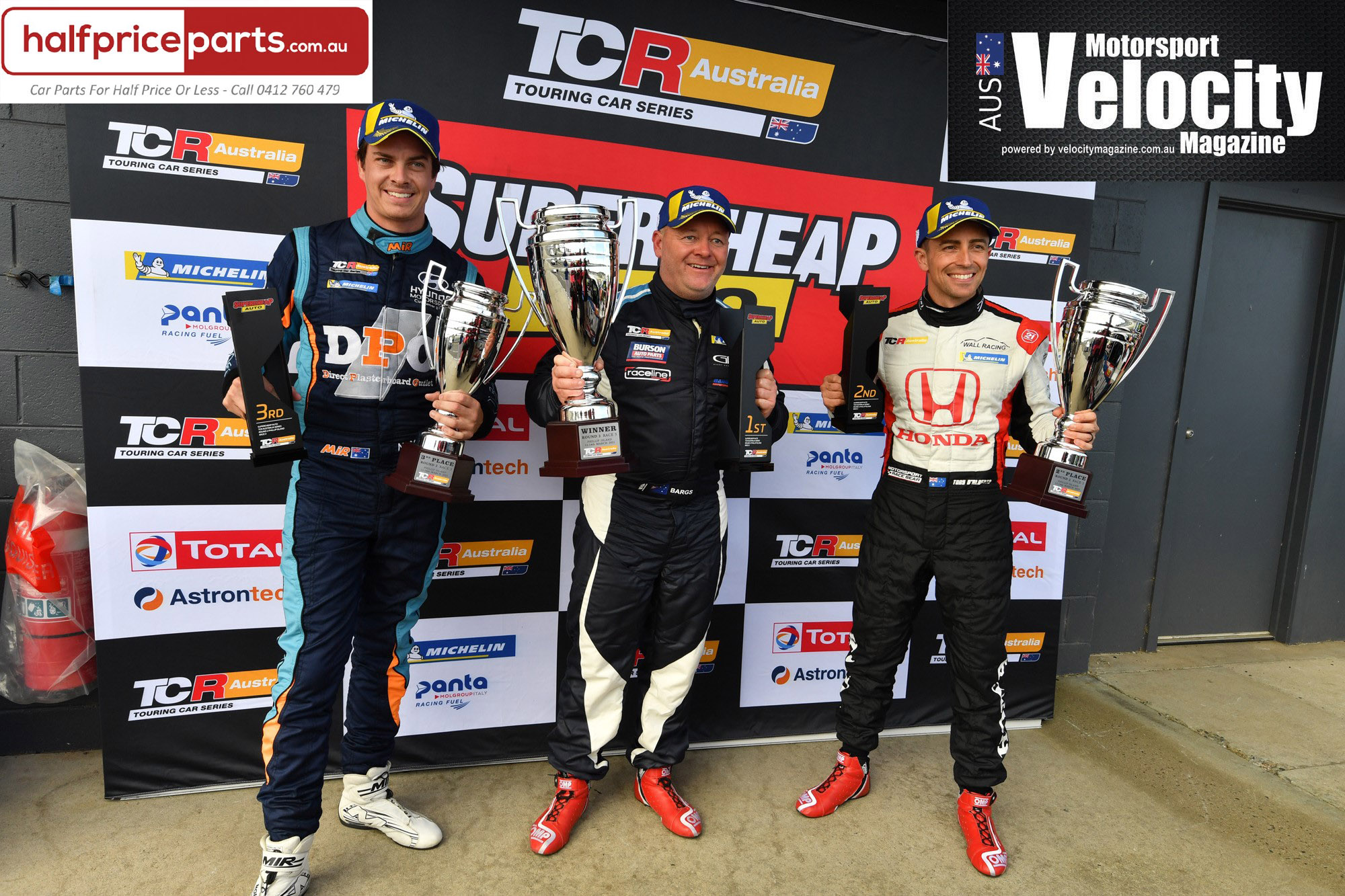 It has just taken until the second round of the 2021 Supercheap Auto TCR Australia Series for Burson Auto Parts Racing to claim its first TCR race win and overall round victory.

Burson Auto Parts Racing driver Jason Bargwanna delivered a superb victory in the second and final race of the round, fighting his way through the top end of the field in perfect weather conditions to claim the Sunday’s TCR race victory, the first in Australia for the Peugeot marque. 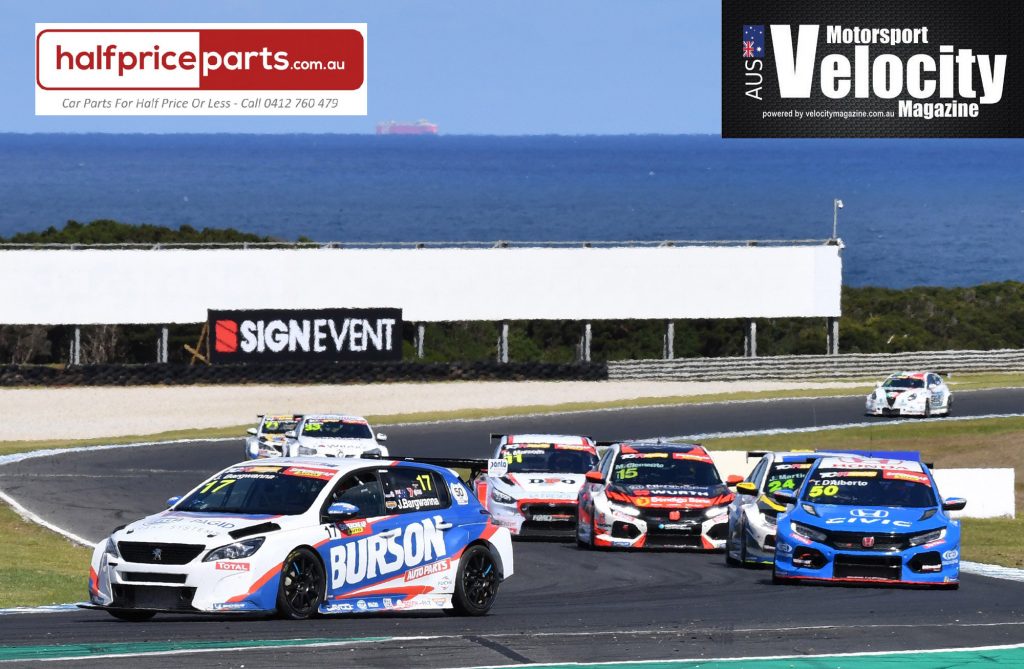 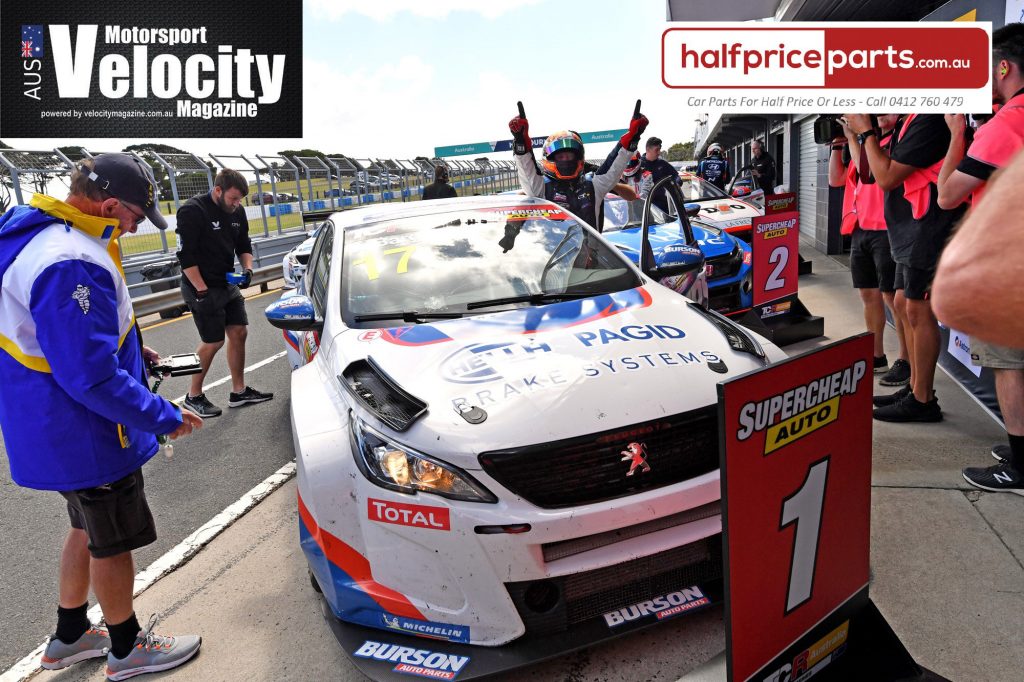 Bargwanna gained the opportunity to power into the lead of the race when rival Chaz Mostert suffered a tyre failure on the 12th lap. From there the highly experienced racer extended his lead by several tenths of a second per lap to score a memorable inaugural TCR Australia Series victory for Burson Auto Parts Racing and Garry Rogers Motorsport (GRM).

This victory adds to series of firsts for Bargwanna and GRM, given that the Victorian driver raced to GRM’s first Supercars victory back in 1998 and he won the Bathurst 1000 with the team for the first time in 2000. Bargwanna also earned his emphatic inaugural TCR Australia Series victory after last competing with GRM all the way back in 2002.

This victory also presented an outstanding fightback by the team following the Burson Auto Parts Racing driver’s major accident at the final race of the opening round held in Tasmania.

The veteran racer displayed outstanding pace throughout Sunday’s 15 lap race to stand on the top step of the TCR Australia podium for the first time.

“To come back to GRM with Burson Auto Parts and obviously having my son Ben as my team-mate, it’s pretty emotional stuff,” Bargwanna stated.

“I’ve been doing this for a long time, but to be able to come back and get the winner’s trophy – it’s pretty special. The guys at GRM worked hard to fix this old girl after Tassie and to come back – and it was a bit of a jet in that last race.

“We were out of the window a bit in qualifying, we managed to work our way to it, and we were catching Chaz, which is always a good thing.”

Ben Bargwanna, piloting the striking Precision Auto Equipment liveried second GRM TCR Australia Peugeot 308 finished 6th in the final race of the round after another strong and consistent weekend. 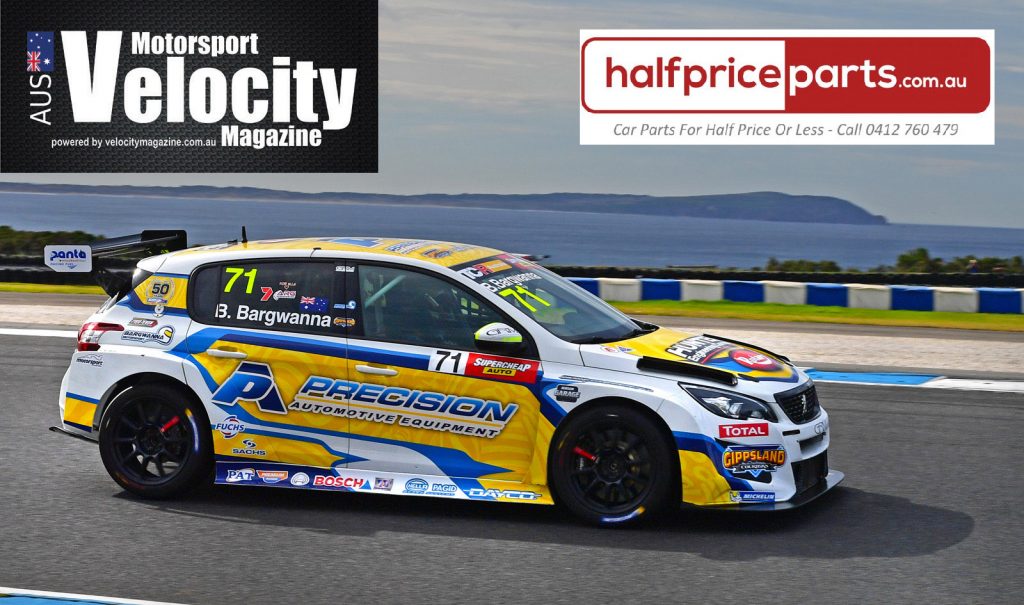 “We always knew that we had the drivers and the team to win races in this competitive series. Now, at only the second round of the championship, we have already delivered on that promise.

“We are also very pleased to have shared this inaugural success with our supplier sponsors, Hella Pagid, Dayco, Wesfil, Fuchs, Sachs, Bosch and Premier Auto Trade,” He added.

The TCR Australia Series now heads to Bathurst’s majestic Mount Panorama for the third round of the 2021 season, held in conjunction with the Hi-Tec Oils Bathurst 6 Hour  Production car race across Easter weekend (April 2-4).