Thomas Randle will adorn the famous Castrol green and red colours in a partnership announced today.

He will campaign the #49 Castrol Racing open wheeler for the rest of the 2021 Australian S5000 Championship.

The opening round at Symmons Plains Raceway saw Randle qualify on pole position and go on to claim a stunning win in the feature race and overall round honours.

Thomas takes an 11-point championship lead with his striking new Castrol livery, for back-to-back Victorian race weekends at Phillip Island on March 12-14 and then Sandown on March 20-21 followed by the season finale at Sydney Motorsport Park on May 1-2. 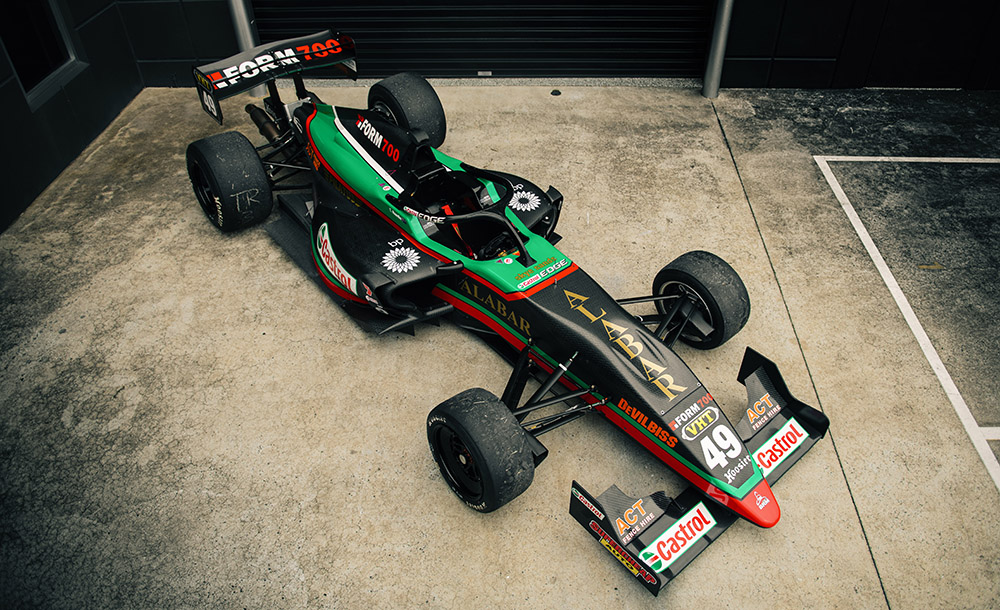 Resilience is part of Randle’s DNA off track as he recovers from testicular cancer.

Randle underwent surgery and two rounds of chemotherapy before being cleared to race in January of this year.
Castrol and Randle have been intertwined for years, from his Castrol Toyota Racing Series Championship victory in New Zealand in 2017, to his Supercars wildcard debut at The Bend, his third-place finish at the Sandown 500 and third overall in the Pirtek Enduro Cup with Lee Holdsworth in 2019.

After a shortened 2020 Super2 season, Randle clinched the title after winning the final Super2 race at Mount Panorama.
The young gun’s reputation extends internationally as a multiple race winner in the BRDC British Formula 3 Championship among his other European exploits.

Alongside studying a Bachelor of Mechanical Engineering at University, Randle runs his own simulator driver training and experience business in Melbourne.

Castrol’s backing of Randle will also cover the most prestigious race in Australia, the Repco Bathurst 1000, as a co-driver with Castrol EDGE-oiled Tickford Racing.

“We are so excited to welcome Thomas to Team Castrol. It is a natural fit for us both – Thomas displays so many exemplary qualities on the racetrack and away from it that it was an easy decision for Castrol,” said Jotika Prasad.

“Castrol is committed to supporting young talent in all forms of motorsport and Thomas has proven every step of the way that he’s one of the best drivers coming through the ranks.

“We have been part of his journey in a small way over the last couple of years but to support him through 2021 as he embarks on his campaign in S5000 is incredibly exciting – we wish him all the best.”

“Castrol is such an iconic brand and I’m unbelievably proud to be part of the team this year,” said Thomas Randle.

“I’ve had the Castrol logo on several of my cars over the years and I’ve always enjoyed a great relationship with everyone there.

“It’s so cool to have them with me for S5000 this year, we are looking forward to a big season after a successful weekend in Symmons Plains. Hopefully, we can be in the championship picture come Sydney in April.”

“In addition to Castrol joining the team, I just want to thank my other supporters – Skye Sands, Form 700, Alabar, ACT Fence Hire, DeVilbiss and Pilatus – who help me live my dream, I’m enormously grateful.”