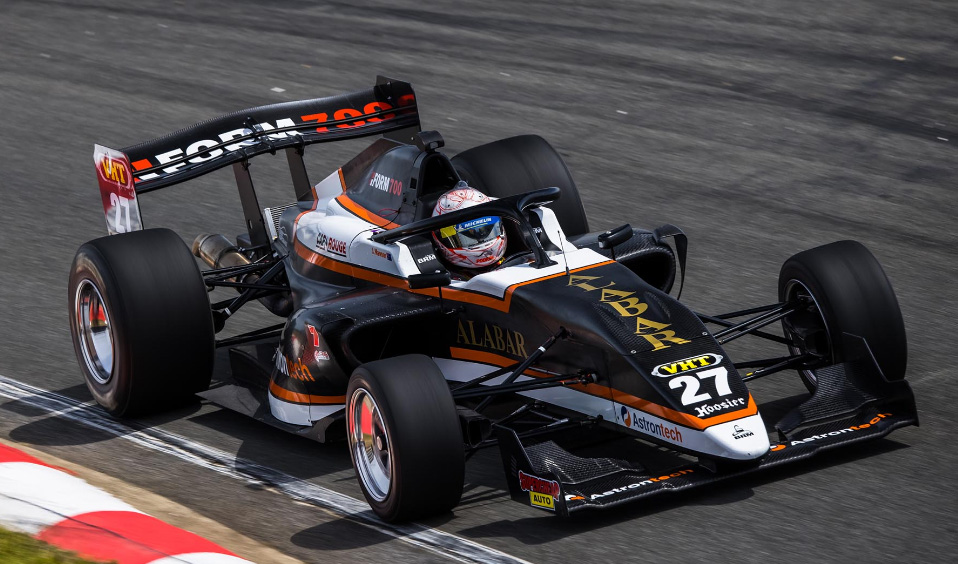 A late addition to Round 1 at Symmons Plains in January, Mawson raced at the front of the field all weekend and proved himself a potential title contender – despite never having driven one of the 560hp S5000 cars before the first practice session.

After winning the opening heat race of the new season, Mawson finished third overall in Tasmania and his impressive performance at Round 1 has drawn additional backing from the construction firm.

Already heavily involved in the category via the S5000 ‘Patron’ Program, Form 700 supported both Mawson and Round 1 winner Thomas Randle in the opening round at Symmons Plains.

Both cars are run by Adelaide-based Team BRM, with Form 700’s additional support securing Mawson’s spot on the grid for what is now expected to be a full championship campaign.

“S5000 is an exciting new motorsport category which has well and truly captured our attention,” said Form 700 director, Wasyl Rosati.

“We’ve been pleased to partner with our friend Alan to make the two cars available to firstly Thomas, and now Joey, and we are happy to increase the support for Joey at a time when commercial sponsorship can be difficult to find.

“We are a strong believer in the S5000 concept and committed to play a part in its early development and growth, and in supporting two top young drivers.

“With two major events in two weeks, it’s a great time to be involved.”

“Wasyl and Alan are already a significant part of S5000, so the additional support from Form 700 for Joey is terrific,” said S5000 Development Manager Chris Lambden.

“Joey and Thomas make a formidable duo and represent exactly the level of young driver we expect S5000 to attract.”

Having spent 14 days in Hotel quarantine prior to the Tasmanian event, Mawson has worked hard on his fitness in time for the unique S5000 double header this fortnight, which will see racing at Phillip Island this weekend and Sandown in a week’s time.

The two rounds are likely to be critical in determining the 2021 Gold Star winner, to be decided at Sydney Motorsport Park in early May.

Action commences this morning at the Phillip Island Grand Prix circuit, VHT S5000 competitors to tackle a pair of 25-minute practice sessions: the first at 11:00am and the second at 1:30pm.

Two races on Saturday and Sunday’s feature race will be broadcast live and free on the screens of Seven.