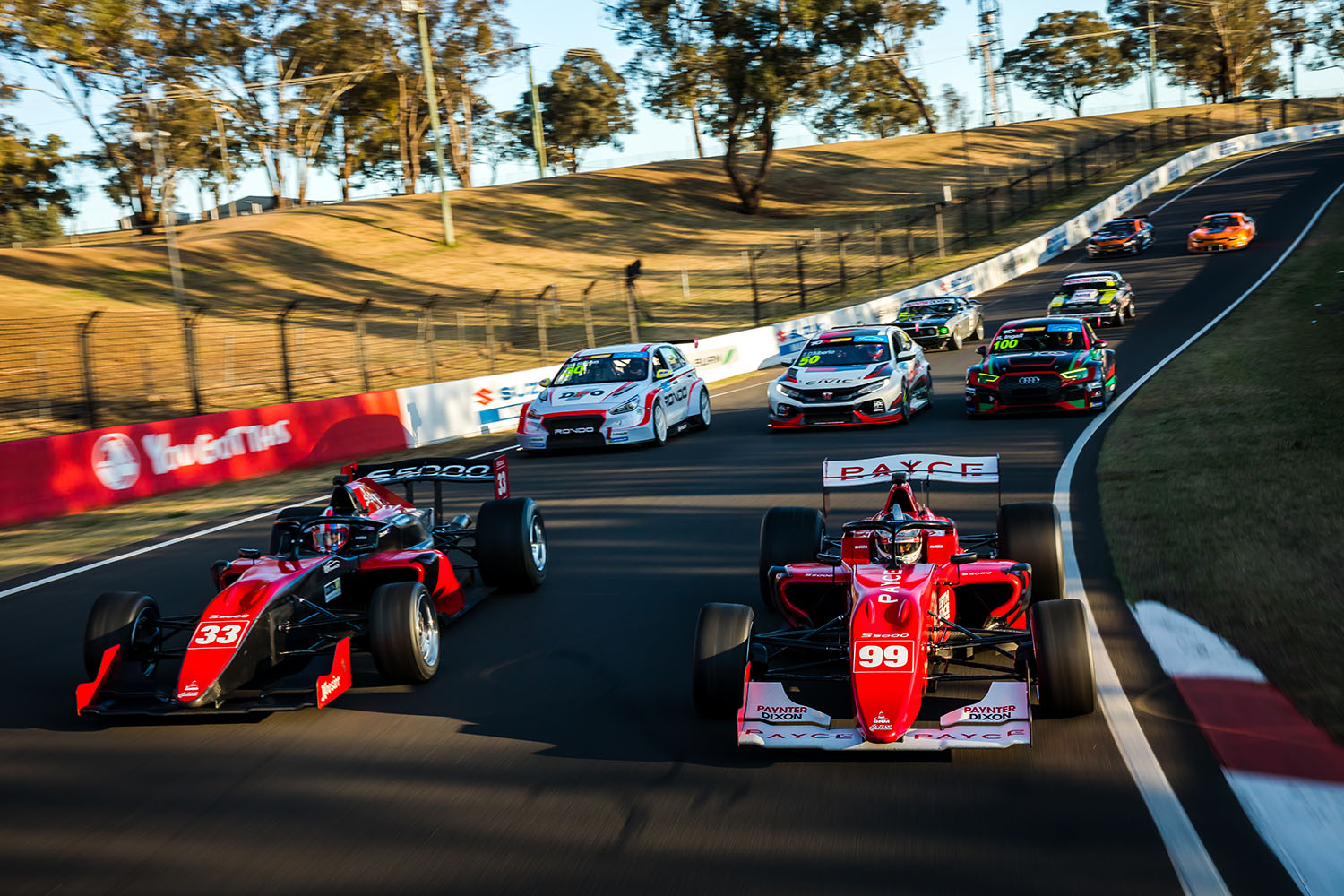 Top-level, globally recognised motorsport will return to Mount Panorama in late November with the confirmation of the date for the inaugural running of the Bathurst International.

Locked in for November 26-28, 2021, the Bathurst International will bring the world’s best racing categories to Australia’s greatest motorsport venue, broadcasted live and free to viewers locally and around the world.

Headlining the Bathurst International will be the TCR Bathurst 500, a marquee appearance for the globally recognised touring car formula set to be the first two-driver event for TCR on Australian soil.

The race will allow drivers and teams from around the world to compete on a level playing field in the turbo-charged touring cars.

American muscle will be one of the featured acts of the 2021 Bathurst International, with the popular Trans Am machines competing in the first-ever ‘Trans Am 100’ – a 100km race that will pit the Ford Mustang, Chevrolet Camaro and Dodge Challengers against each other in what will be the most high-profile event in the category’s short local history.

The Gulf Western Oil Touring Car Masters will conclude its 2021 series at the Bathurst International, giving fans trackside and at home a taste of the muscle cars from yesteryear.

And the ever-desirable brands like Ferrari, Mercedes-Benz, Audi and Porsche will contest a three-hour endurance race in what will crown the Motorsport Australia GT Endurance crown – a grand conclusion to the 2021 Fanatec GT World Challenge Australia Powered by AWS.

At least one other top-line category of motorsport will be added to the on-track action, making for a feast of world-class racing at the Mount Panorama circuit.

Action over the weekend will be beamed around the world on the channels of the Seven Network in Australia, Sky Sport in New Zealand and Motorsport.TV for international viewers.

Ticketing information, including general admission, camping and corporate hospitality, will be confirmed in the near future.

“The Australian Racing Group and Bathurst Regional Council is thrilled to confirm the date for the inaugural Bathurst International,” said Braid.

“The late November date will make this event not only a jewel in the Australian motorsport calendar, but also around the world. Despite the travel restrictions that exist today, this date will allow the opportunity for international competitors to consider the Bathurst International as a way to end their season of racing.

“And the beauty is that we have categories that touch all walks of motorsport life. From TCR touring cars to GT cars and high-powered open wheelers. It is a sensational mix that we are sure will draw attention locally and internationally.”

“We are excited that a date has been set that will bring the Bathurst International to the iconic Mount Panorama,” said Cr Bourke.

“We are proud to partner with ARG to bring this event to Bathurst that will feature world-class drivers compete in a great mix of racing categories.”