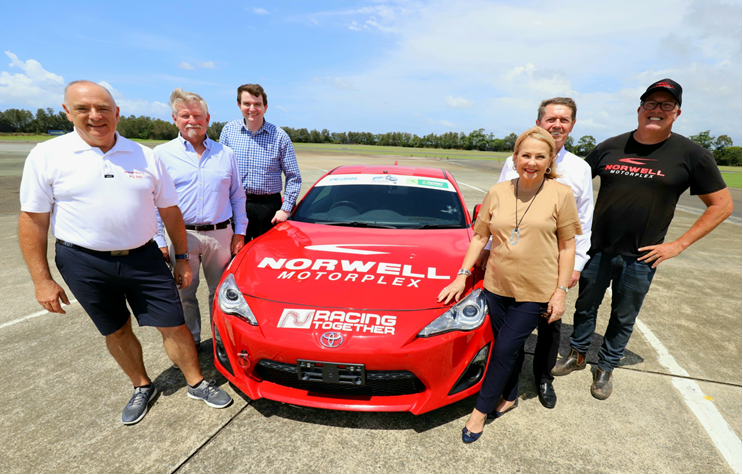 THREE of Supercars’ most senior identities have signed up to help put an Australian Indigenous motor racing team on the track this season.

Racing Together was launched in 2020 to create a pathway into professional or amateur motorsport for boys and girls of Aboriginal and Torres Strait Islander background. Believed to be the first project of its kind, Racing Together has drawn participants initially from the Logan area, south of Brisbane, but intends to create similar opportunities in other States in coming seasons.

Racing Together founder and backer Garry Connelly said the new Directors would bring unrivalled experience to the project and help motivate the team of 10, who were selected from around 80 applicants.

“These young people are just starting out, but will benefit from the advice and encouragement of some of the very top names in Australian motor-racing,” Mr Connelly said.

“We’re very grateful that Roland, Ryan and Paul have agreed to contribute their time and experience.”

Roland Dane, whose Triple Eight Engineering workshop installed the roll cage in the Racing Together car, said he was delighted to help put an Indigenous driver and team on track.

“I’m honoured and excited to have been asked to sit on the board of Racing Together. Garry and Monique are superbly positioned to bring their years of experience in the sport at an international level to bear in this great project.

“I’m really looking forward to helping them make a difference and open doors into motorsport at all levels for the young Indigenous community.”

DJR’s Ryan Story said: “Joining Racing Together’s board is a great honour. Garry and Monique Connelly have founded a tremendous organisation and its burgeoning team of young racers hit the track for the first time only a few weeks ago.

“The responsibility to make motorsport as inclusive as possible and creating opportunities for young First Nations people not only in motorsport, but also in STEM, is something that is at the very heart of Racing Together and the priority of myself and my fellow directors.”

Paul Morris said driver Braeydn Cidoni had demonstrated strong aptitude and talent for someone with no previous experience behind the wheel.

“Racing Together has  created the first proper pathway for motor-racing. Motor-racing develops tangible skills that will stay with these young people throughout their journey through life.

“I’m passionate about sharing my knowledge with this enthusiastic Racing Together team as they compete on the track and develop their race car and life skills in the workshop.”

As well as driving, other roles Racing Together team members will undertake include building a new race car, logistics, race-day servicing, data-logging and workshop maintenance.

The team’s first outing – using a ready-built car until theirs is completed – will be in round one of the Series X3 Queensland Championship at Warwick’s Morgan Park circuit on 27-28 March.

Racing Together is supported by Indigenous organisation Gunya Meta and the national governing body Motorsport Australia.