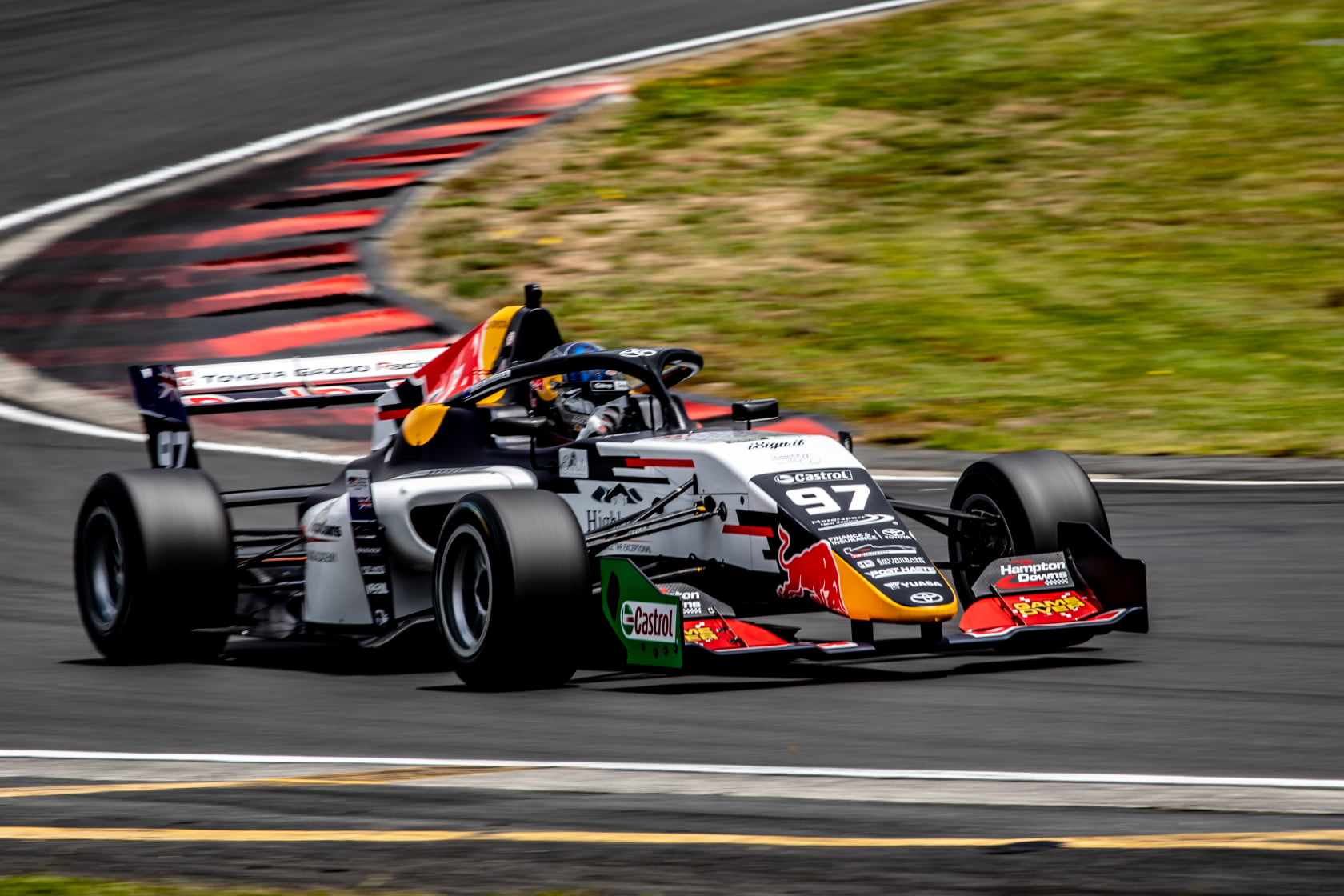 It was a blistering display that proved exactly why he is one of the finest and most versatile drivers in the world today.

Van der Drift, however, made the best start and he immediately moved out to a lead of a few car lengths but van Gisbergen kept him in his sights and within three laps had started to eat into the Tasman Motorsport Group driver’s lead. Two tenths on lap three and three tenths a lap later and he was filling van der Drift’s mirrors. The pass came on lap six and was the decisive moment in the race. An audible roar from those at the hairpin confirmed he’d made the move stick.

A series of fast laps killed off any challenge van der Drift might have mounted and the Bathurst champion romped home for the win.

“I’ll have to sort my starts out,” he explained after the race. “I managed to get past him and took the only chance I got and it worked out really well. Twenty eight laps tomorrow is going to be a long way.

“We’ve been making a few tweaks and the car is almost there but there’s a little more to come. It’s going to be awesome tomorrow and qualifying in the morning is going to be really important.”

Van der Drift was philosophical with his second place and felt the car had lost a tiny percentage of its pace setting speed from Friday, but he remained optimistic about his chances on Sunday.

“Getting off the line was OK and I thought we were in good shape but when Shane passed me he was clearly faster,” he said. “I didn’t really have enough to fight with him in that race.  We’ll see why we lost the pace, maybe track conditions and see what we can do to improve tomorrow.

“Qualifying tomorrow is for the Grand Prix and we have another race as well.  We’ll try make the car better. We need to find a bit more but I’m very confident we can.”

Behind the top two, there was a thrilling battle for third that eventually saw impressive rookie Matthew Payne prevail. The race long duel was initally headed by the experienced Brendon Leitch but a small mistake at the notorious Double ‘B’ corner – the most challenging of all on Hampton Downs’ 4km international configuration – cost him dear.

Payne had looked threatening for several laps behind him and was right there in the right place when Leitch lost momentum through the corner. The rookie, in his first major single seater race, was decisive and ruthless and snatched third going into the next braking zone. With Leitch having lost momentum, he opened the door for another rookie, Kaleb Ngatoa, who also made it through.

That put Brendon into fifth but he quickly regained his compusure and at the end of the same lap, the 15th, he swept by Ngatoa on the inside of the long final turn and regained fourth. He would hold on to that for the remainder of the race. Ngatoa could count himself lucky to have been in the thick of the action after a wild moment exiting the first turn early on sent him on a wild ride over the grass. He held it together though and could be well satisfied with a top five finish.

Further back André Heimgartner and two time Grand Prix winner Daniel Gaunt enjoyed a spirited battle in the latter half of the race as they chased Peter Vodanovich with all three bearing down on the Leitch and Ngatoa battle. Heimgartner eventually came home sixth, with Gaunt in seventh, Tom Alexander a solid eighth, Vodanovich ninth and rookie Billy Frazer completing the top ten. Greg Murphy came home in 13th place, with Ken Smith completing the race and setting himself up for a massive Sunday in his unique career. 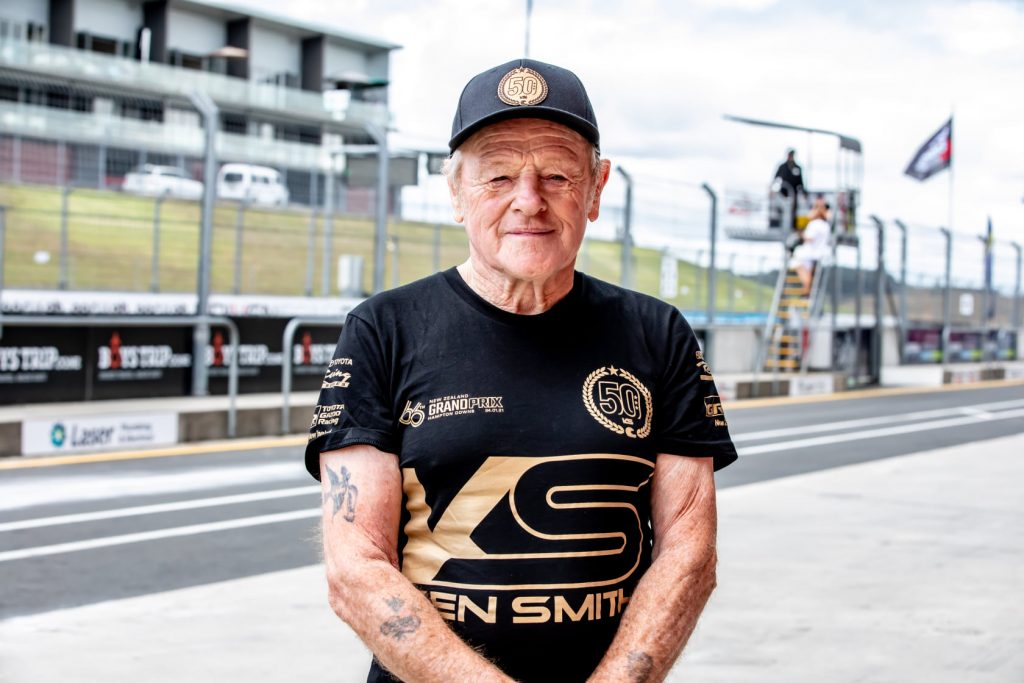 The 79-year-old racing legend will start his 50th Grand Prix, an unprecedented feat in world motorsport. He’s raced in an official FIA Grand Prix – the New Zealand Grand Prix – and competed against the best in the world for five decades, duelling on track with everyone from Stirling Moss, Jim Clark and New Zealand’s own Bruce McLaren to current stars Lance Stroll and Lando Norris.

With a Grand Prix win up for grabs and a unique moment in sport guaranteed, Sunday at Hampton Downs is all set to be a very special one. 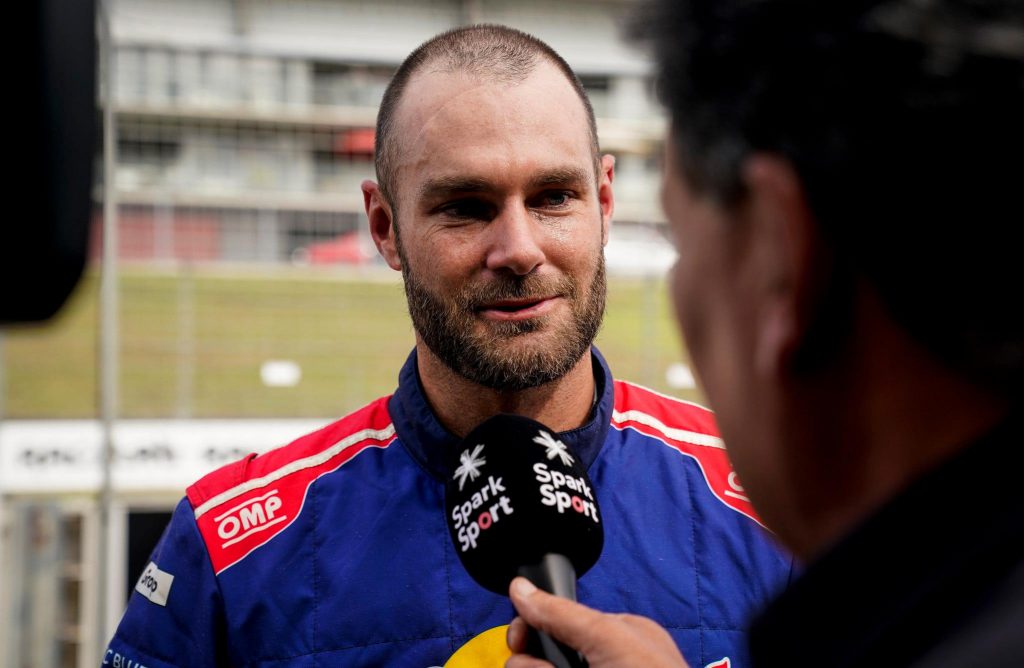