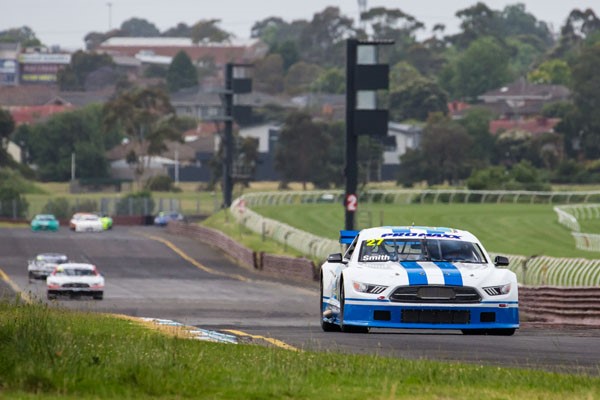 Smith qualified second behind Shaw and pursued the Tasmanian all the way to the finish in the opening race; when Shaw received a post-race penalty for jumping the start, Smith was perfectly placed to inherit the race victory.

In the second race, Smith led all the way while Shaw fell down the order after a clash with Peter Robinson on the opening lap. Cameron Sendall ran in second for much of the race, but a last-corner spin relegated him to fourth behind Warren Trewin and the recovering Shaw.

Young gun Jay Hanson was the dominant performer during today’s Victorian Excel Racing Series sessions; the Ashley Seward Motorsport driver qualified on pole, won both sprint races and set the fastest time by more than half a second in the Top 10 Shootout. As a result, Hanson will start tomorrow’s one-hour endurance race from pole position, ahead of Ben Grice, Marcus Fraser, Ethan Grigg-Gault and Adam Bywater. 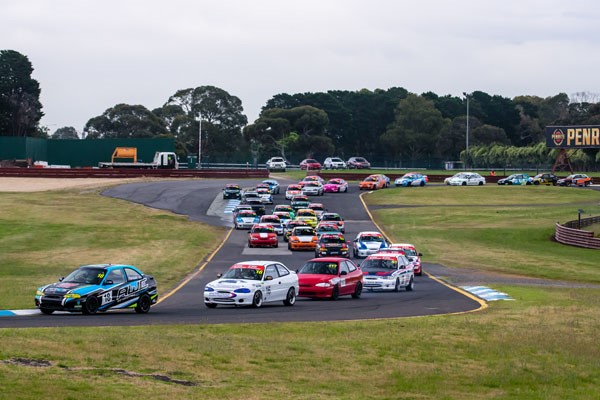 Tim Blanchard and Jonathan Miles enjoyed a close contest in the first Formula Ford 1600 race, swapping positions on multiple occasions before an incident a couple of laps from home saw Miles falling to fourth, Blanchard dropping back to 10th and Richard Davison coming through to score the win.

A first lap retirement for Davison paved the way for Miles to snare a lights-to-flag victory in Race 2, while Blanchard progressed to second ahead of Andrew McInnes.

The straight-line performance of the V8 Corvettes proved to be a decisive advantage in the Group S Classic Sports Car races. Joe Di Bartolo was the fastest qualifier but retired from both races, however there were other Corvette drivers to pick up the pieces, Ray Narkiewicz leading home David Baker for a GM 1-2 finish in Race 1. Alex Webster was the best of the non-V8 powered entrants, bringing his Porsche 911 home in third.

In Race 2, it was again Narkiewicz who prevailed, with renowned car collector Joe Calleja finishing second in his Mustang ahead of the experienced Ross Jackson (De Tomaso Pantera).

Paul Crocitti qualified his AC Cobra on pole in the AMRS Invited Race Cars and won the opening race, but a retirement from the second race allowed Ian Cowley to take victory in his Commodore V8 Supercar, ahead of the Oz Trucks of Danny Burgess and Brett Mitchell.

The on-track action for the final 2020 AMRS round resumed at 9:10 this morning local time, we will have their Sunday report up at the end of the race meeting.

AMRS SET FOR 2020 CONCLUSION AT SANDOWN