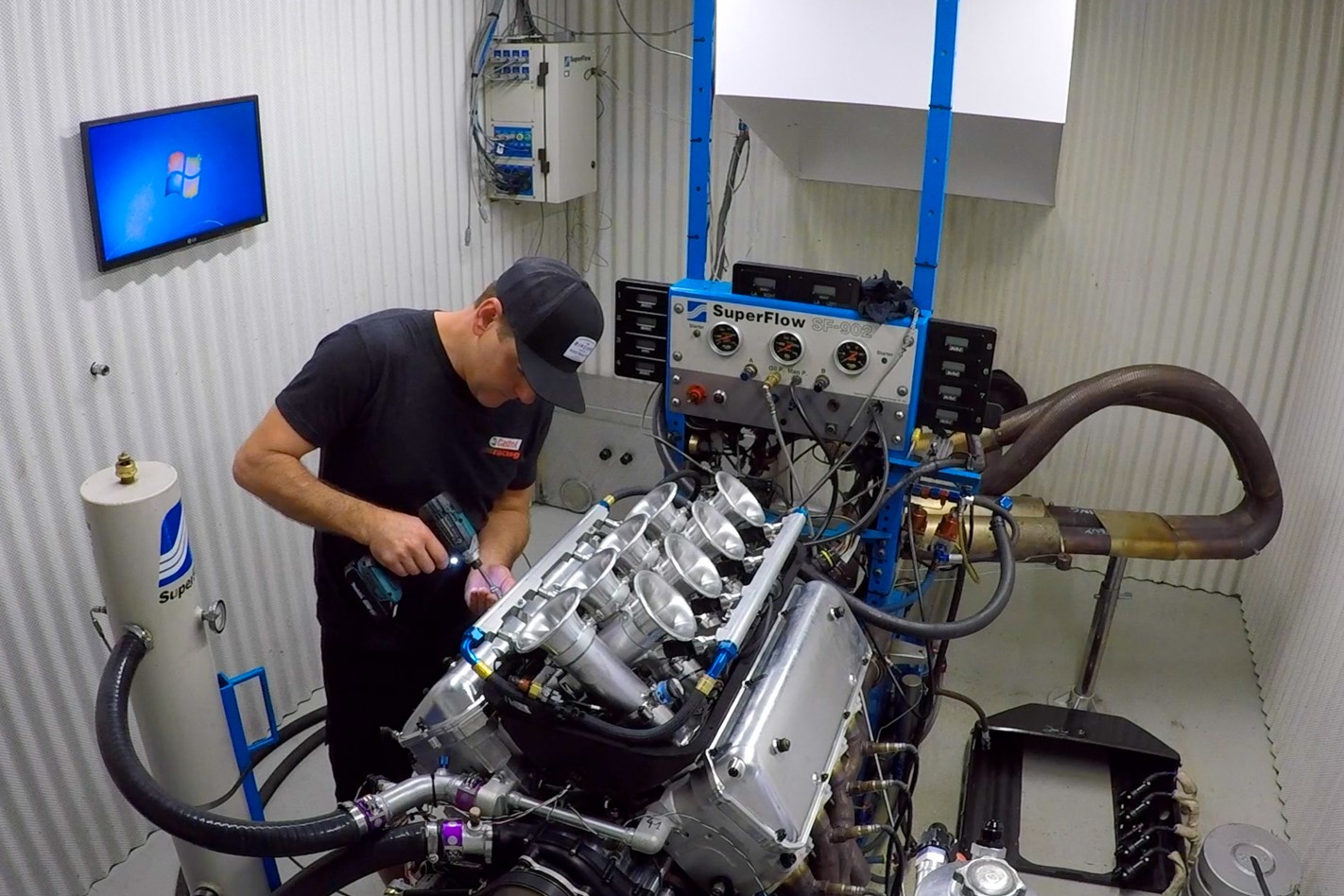 It has been a busy few weeks for Kelly Racing team principal Todd Kelly who recently flew up to the Gold Coast to assemble and dyno tune the engine which will power André Heimgartner’s NED Racing Mustang in the Bathurst 1000 this weekend.

Over the last few months while on the road, Todd has become the team’s chief engine builder under the guidance of Kelly Racing’s engine department staff who remain back in Melbourne.

At the last round Rick Kelly debuted a new-spec engine which, while identical in power and performance, is substantially lighter than the version the team has run since the beginning of the season. Due to time constraints, Todd was only able to assemble one engine in time for racing at The Bend, however last week Todd flew up to the Gold Coast to assemble André’s lighter-spec engine in time for the final race of the season.

With the engine completely assembled and dyno tuned, Todd was able to freight it back to Adelaide where the team had been based. The rear seats were removed from the team’s Pilatus PC12 to create something of a cargo plane, and the engine was flown back to Adelaide by TK Airways. Once in Adelaide, the engine was fitted to the NED Racing Mustang, ready to take on the Bathurst 1000.