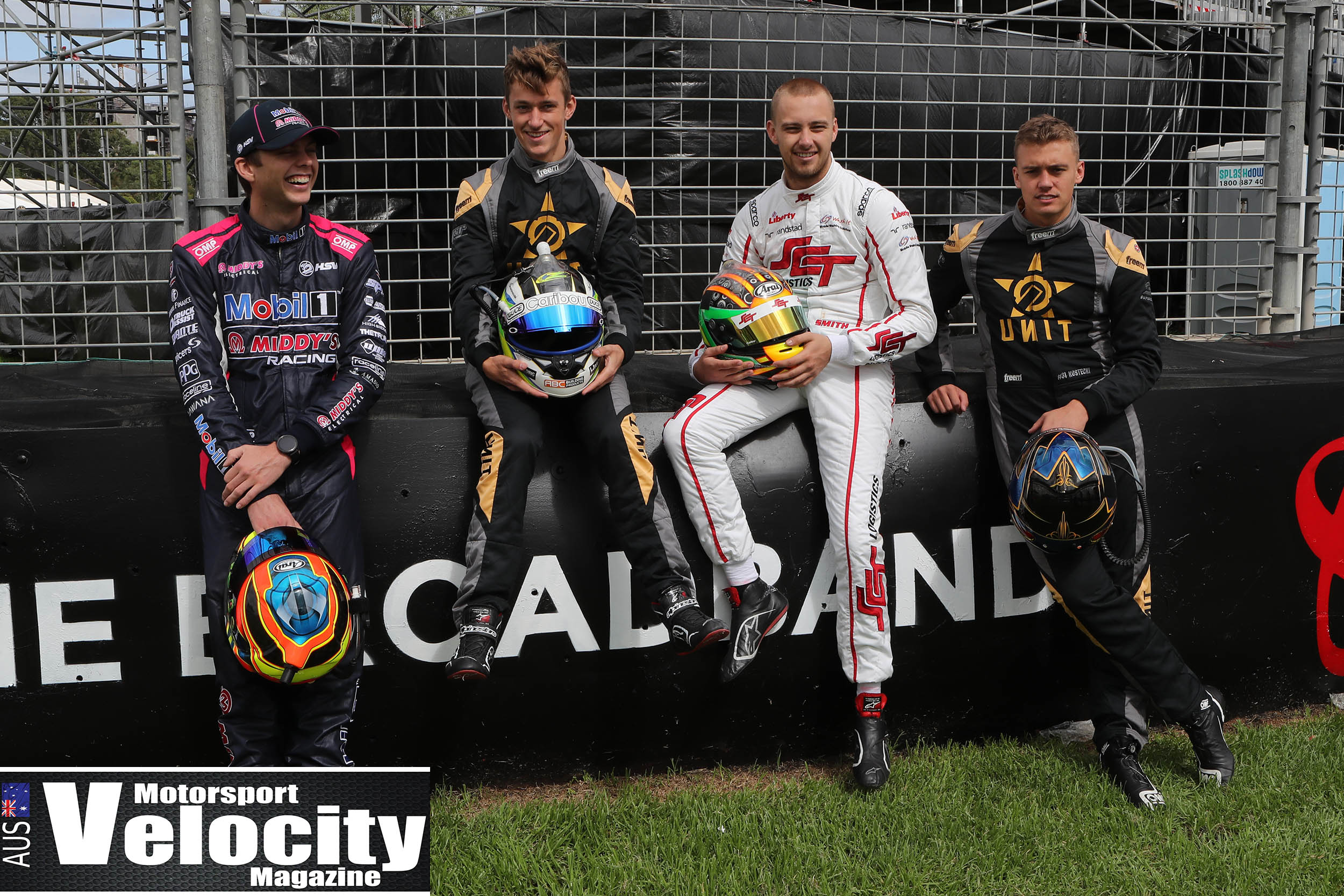 The rookie-only practice field at the OTR The Bend SuperSprint will swell to 11 this week as allowances are made to give fresh co-drivers extra seat time ahead of Bathurst.

Since the season resumption in June, six cars have routinely made up the event-opening rookie sessions: Bryce Fullwood, Macauley Jones, Jack Smith, Chris Pither, Garry Jacobson and either Jake Kostecki or Zane Goddard.

That group will be joined on track this Saturday by five co-drivers who have made no more than one previous start in the Supercheap Auto Bathurst 1000.

Thomas Randle, Jordan Boys, Broc Feeney and Brodie Kostecki will all drive the cars they’ve been assigned to for the Great Race.

Kurt Kostecki will also line up but aboard the Walkinshaw Andretti United #25 sister car of Chaz Mostert, so as to let Fullwood still run in the additional session.

“Obviously not having done a 1000 before, I think any laps I can get in the Walkinshaw car will be crucial,” Kostecki told Supercars.com.

“I did a test day in my own Super2 car last week [at Queensland Raceway] just to get everything refreshed again and get back into the rhythm of things so that’s obviously really helpful but then to get another session at Tailem Bend will be ideal.”

QR test aside, Kostecki has had limited running in 2020. The 22-year-old in February drove the WAU #2 at the pre-season day at The Bend and contested the Adelaide Dunlop Super2 round but missed the second-tier Sydney event in July.

Boys, who will debut for Brad Jones Racing alongside Todd Hazelwood, is another looking forward to the opportunity at The Bend.

“For me it will be really good just to hopefully get all of the silly little things of seat position and that kind of thing, what bugs you when you’re out on track, ironed out early,” he told Supercars.com.

“And then obviously getting to drive the car so close to Bathurst will be a big help in just a bit of a refresher in where everything is and how to drive it.

“It has been a big break in between every time you get to drive this year for everyone so it definitely helps.”

Zane Goddard and Dylan O’Keeffe were also eligible to take part in the rookie session.

The OTR The Bend SuperSprint this weekend marks the penultimate round of the 2020 Virgin Australia Supercars Championship.