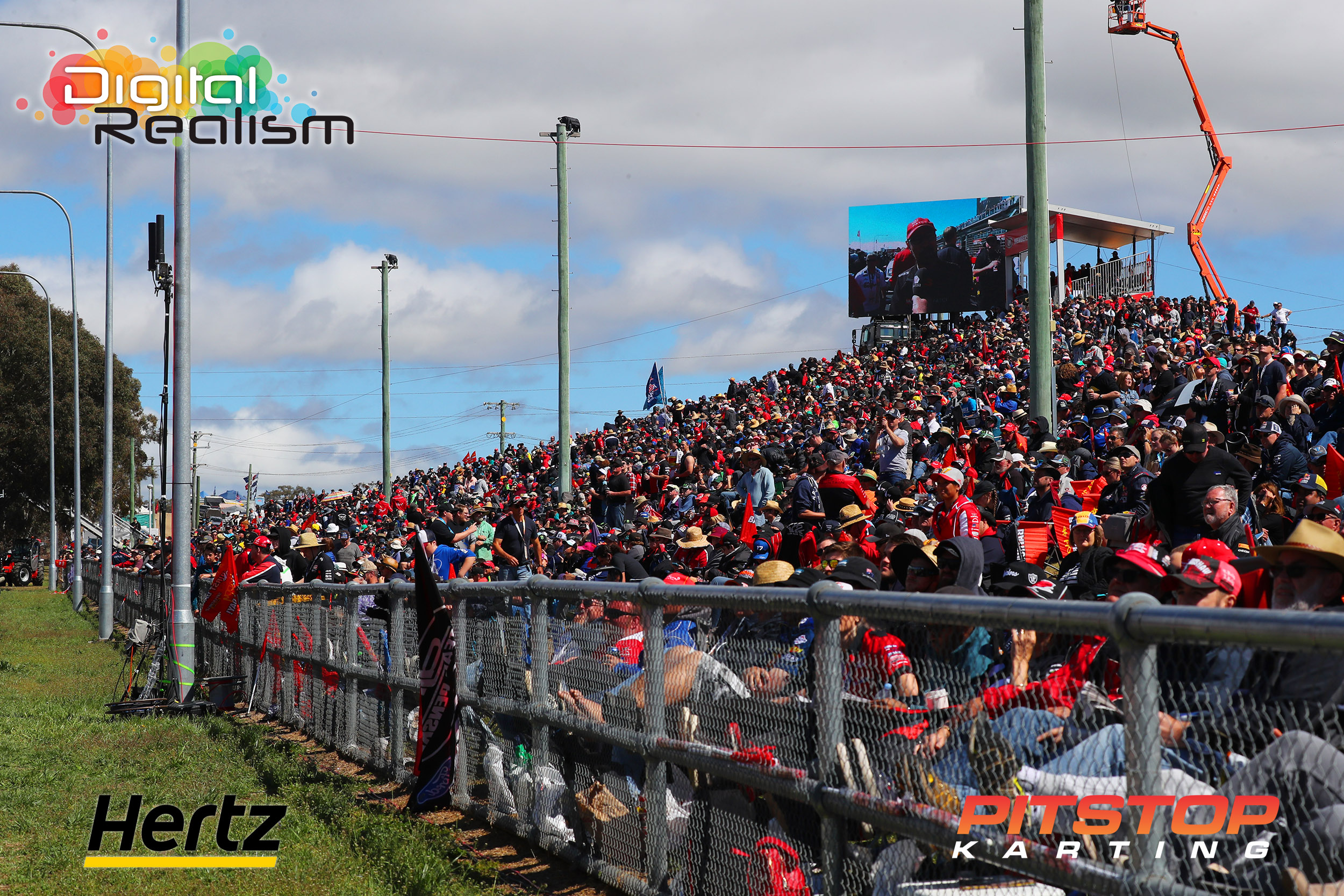 As we published this morning that there would a limit of 4000 specators allowed for the Bathurst 1000,and camping banned, Supercars have put out their media release now.

A limited number of fans will be able to attend the Supercheap Auto Bathurst 1000 next month in a win for the sport.

Given the ongoing COVID-19 situation, there had been some doubt whether any crowds would be present at Mount Panorama across the October 15-18 event.

That prospect has been averted however, following extensive planning and consultation with the NSW Government and Bathurst Regional Council.

Up to 4000 spectators will be allowed through the gates per day; public camping though will not be available. All same-campsite renewals that had been previously arranged will instead be honoured for the 2021 event.

In order to be COVID compliant, reserved seating only will be available at the bottom of the Mountain; at Murray’s Corner, Hell Corner, Pit Straight East and Pit Straight West. Paddock access and driver autograph sessions won’t be possible.

All existing ticket holders to this year’s event have been given priority by Supercars and will have access to a 24-hour pre-sale window which begins Tuesday September 22 from 12pm AEST.

Adding to the spectacle of the Great Race is the fact it will double as the Supercars title decider for the first time since 2000.

Supercars CEO Sean Seamer was pleased to announce fans will be on-hand for the occasion.

“Whilst we are disappointed that we can’t have a full crowd at Bathurst, we’re delighted to offer even limited attendance,” he said.

“A racetrack like Mount Panorama is not as easy as a stadium to prepare in a COVID-19 compliant way due to the lack of dedicated seating.

“We thank the NSW Government and Bathurst Regional Council for their ongoing support of the event and for working with us on a plan that will allow fans the opportunity to see a new king of the mountain and championship winner crowned on October 18.

“We understand a number of fans will be disappointed that camping and normal ticketing opportunities are not available this year, however the safety of everyone attending the event is our main concern at all times.”

Minister for Jobs, Investment, Tourism and Western Sydney Stuart Ayres said the Supercheap Auto Bathurst 1000 is the critical in driving significant visitation to the region each year.

“While some changes have been made to this year’s event in response to COVID-19, the Supercheap Auto Bathurst 1000 is without doubt a signature event for the region and it’s fantastic that motorsport enthusiasts will still have the opportunity to soak up the high-octane action at Mount Panorama this October,” he said.

“Council is pleased that the 2020 event is able to proceed and while it will look very different to previous years with limited crowd numbers, we appreciate the work that has gone into planning for a COVID-safe event by Supercars and the various government agencies,” he said.

“The Bathurst 1000 is an iconic event worldwide and to be able to proceed in 2020 is a credit to all involved.

“We look forward to welcoming the teams and a small number of fans to Bathurst for the event and sharing the excitement of the event with thousands of others who will be joining us from their loungerooms.”

The Supercheap Auto Bathurst 1000 will be televised on both Fox Sports and Channel 10, the latter of which revealed last night that Grant Denyer will host their coverage of the event.